Des is ITV's biggest drama launch of the year as 5.4 million viewers tune in to watch David Tennant - healthyfrog Skip to content 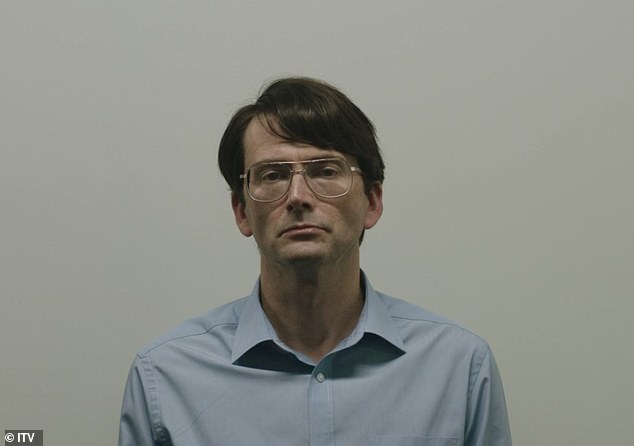 Chilling new drama Des has given ITV its biggest drama launch of the year after an average 5.4 million viewers tuned in to watch David Tennant play serial killer Dennis Nilsen.

The three-part series, which documents Nilsen’s arrest and subsequent trial for the brutal murders of 15 young men, launched to critical acclaim on Monday September 14.

The first episode peaked at 5.9m and was watched by close to a third of all viewers – some 32 percent – across is allotted 9pm time slot.

It marks the channel’s biggest viewing figures since six-part series Cleaning Up launched in January 2019.

The sizable figure also makes it the biggest drama launch across all channels since the turn of the year.

Viewers were left in shock as David Tennant’s Nilsen calmly admitted to murdering ’15 or 16′ men during Mondays opening episode.

Well received: The three-part series, which documents Nilsen’s arrest and subsequent trial for the brutal murders of 15 young men, launched to critical acclaim on Monday September 14

Nilsen, who died at the age of 74 in 2018 at HMP Full Sutton, 34 years into his life sentence, is believed to have killed as many as 15 gay men, most of them homeless, at his homes in north London suburbs Cricklewood and Muswell Hill late 1970s and early 1980s.

During his killing spree, Nilsen would befriend his subjects in pubs and bars in London before luring them into his flat, where he would murder them and sit with their corpses before dismembering them.

His crimes were discovered when a drain outside his home on Cranley Gardens, Muswell Hill, became blocked by human remains that he had tried to flush away. 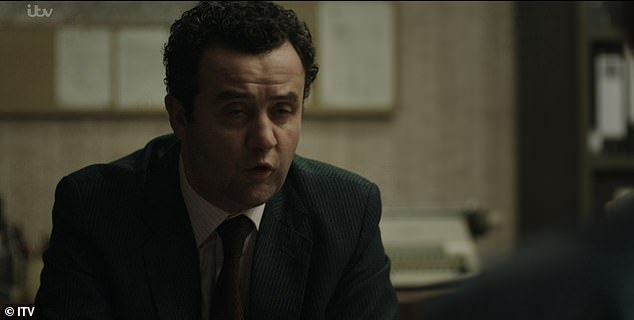 Nilsen was jailed for life with a recommendation he serve a minimum of 25 years in 1983, on six counts of murder and two of attempted murder.

The sentence was later upgraded to a whole-life tariff.

ITV has three of the top five most watched drama launches this year. As well as Des, the first episodes of Quiz  picked up 5.3million viewers, while Van Der Valk was watched by 5.2million.

Who was the Muswell Hill Murderer?

Serial killer Dennis Nilsen, a mild-mannered Job centre worker, was arrested on suspicion of murder in 1983 after his drains were found to be blocked with human remains by a DynaRod worker.

After the arrest Nilsen, sometimes known as ‘the kindly killer’, immediately confessed to as many as 15 murders.

The murderer, who died in prison in 2018, is claimed to have cuddled the corpses of his victims.

The Scottish-born man was a former police officer and trade unionist and was described as intelligent and kind – which is how he lured his victims in.

In 1980s Britain, as unemployment spiralled, there were countless desperate young men living in poverty in London.

He would meet his potential victims in pubs around Soho and north London, introducing himself and saying:’Call me Des,’.

The serial killer would show them kindness before luring them back to his flat – first in Melrose Avenue, Cricklewood, and later in Cranley Gardens before strangling them and keeping them under the floorboards.

While pretending to be helpful to the police, he withheld details of the victims that could have helped their families get justice.

Nilsen had burned and boiled away the evidence but he is believed to have killed between 12 and 20 people – only eight have been identified.