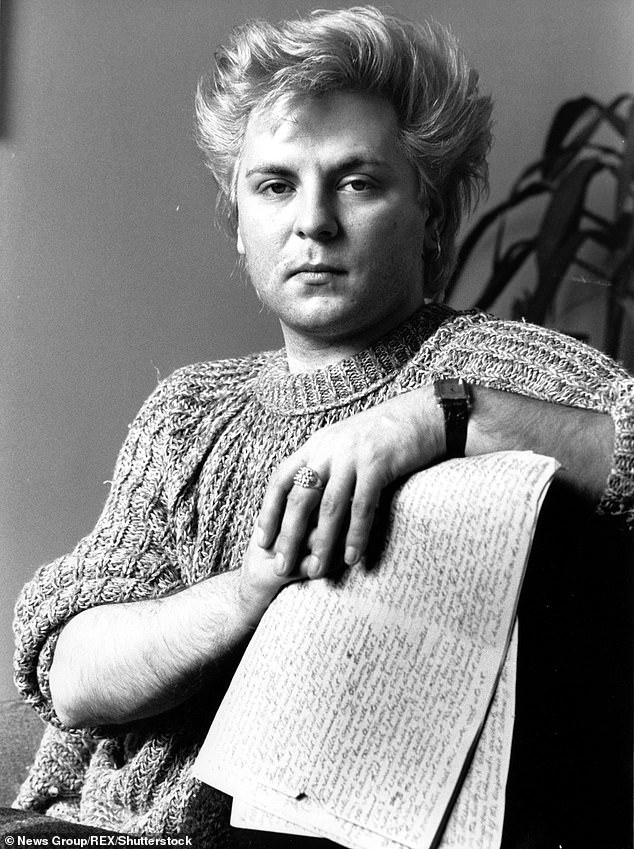 A dozen young men met their death at the hands of serial killer and necrophile Dennis Nilsen in the late Seventies and early Eighties – but two managed to dramatically escape his clutches.

One of them, Carl David Stottor, a drag artist, now in his early sixties and thought to be living in Brighton, was just 21 when he agreed to go back to Nilsen’s flat in North London in 1982 – but the terrifying encounter that has ensued has dominated his adult life.

His brush with death during his two-day nightmare with Nilsen, who died in prison on 12 May 2018 at the age of 72, is recounted in Des, a new ITV drama about the murders written by Luke Neal. Stottor is portrayed by actor Laurie Kynaston.

Another victim, Andrew Ho, also survived the serial killer’s clutches but later decided not to press charges against him.

Carl David Stottor, pictured in 1989, seven years after serial killer Dennis Nilsen tried to strangle and drown him at his North London flat with a letter written by Nilsen to him from his prison cell. Stottor, who is now in his early 60s and thought to be living in Brighton, has said ‘what he did will stay with me forever’ 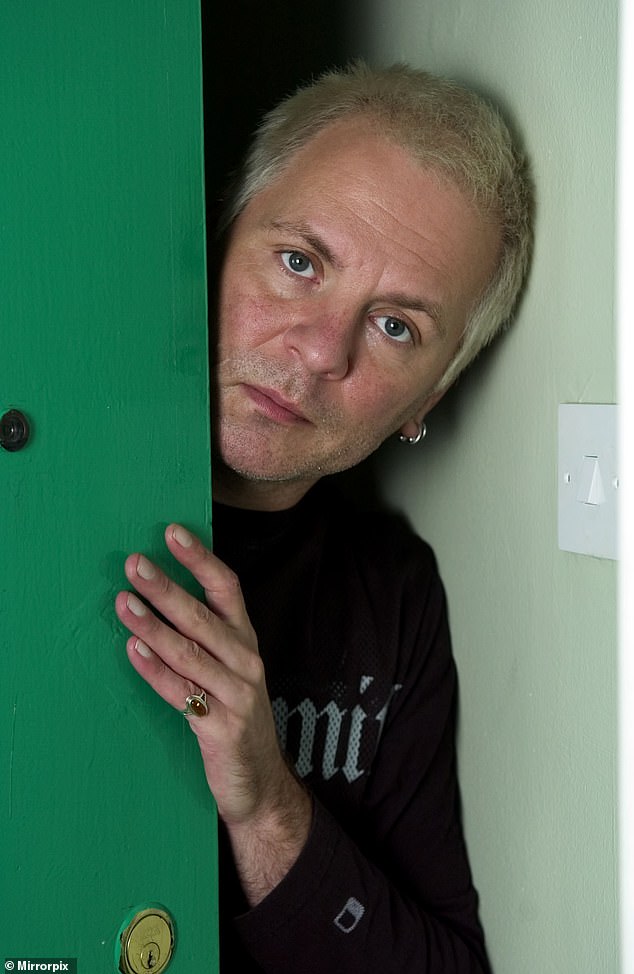 Pictured in 2005, Stottor has changed his name to escape what happened almost 40 years ago; in interviews since, Stottor has said Carl Stotter ‘died’ in Nilsen’s home 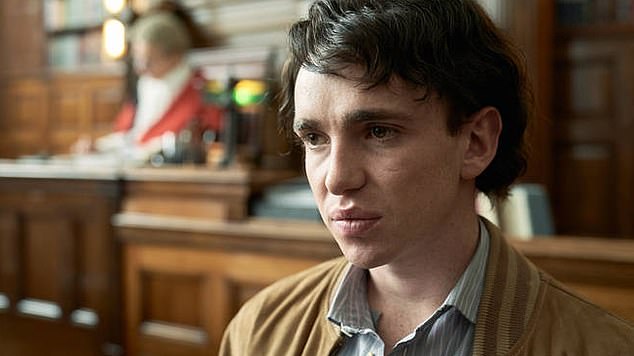 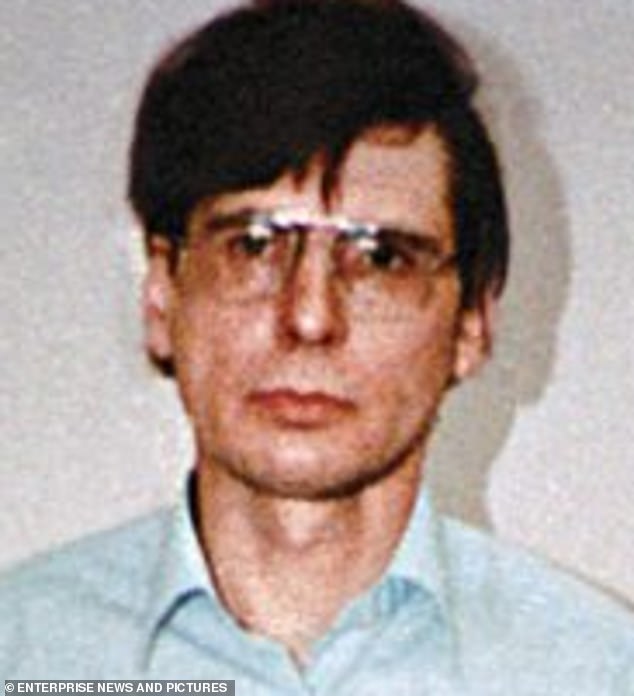 Civil servant Nilsen (pictured) was convicted in 1983 of six counts of murder and two of attempted murder and jailed for life, with a recommendation he serve a minimum of 25 years. He died in prison on 12 May 2018 at the age of 72 and his crimes are the subject of new ITV drama Des, which stars David Tennant. Right: Carl Stottor as he appeared in new ITV drama Des, which retells the story of Nilsen’s horrific crimes

After meeting Nilsen at the Black Cap pub in Camden, Stottor agreed to go home with him but awoke next to Nilsen to find himself being strangled with the zip on the sleeping bag he was in. After a struggle, the serial killer attempted to drown him in a cold bath, but the young man awoke hours later with serious injuries.

He survived only because Nilsen had an apparent change of heart, after seeing a flicker of life still within him, and decided to spare him. Stottor fled the flat and headed to hospital where he was treated.

In 1983, Nilsen was convicted of six counts of murder and two of attempted murder and jailed for life, with a recommendation he serve a minimum of 25 years.

The crime – and Nilsen’s subsequent imprisonment – clearly had a dramatic impact on Stottor’s life – he now lives under a pseudonym and in 2009, he told Bizarre magazine: ‘I don’t feel lucky, what he did will stay with me forever’.

Explaining why he felt compelled to change his name, he added during the interview with the now defunct magazine ‘Carl Stottor died at Dennis Nilsen’s home that night’.

Nine years ago, Stottor vented his anger at Nilsen’s winning of £55,000 to take his case to the European Court of Human Rights in a bid to seek permission to write a tell-all book about his crimes. 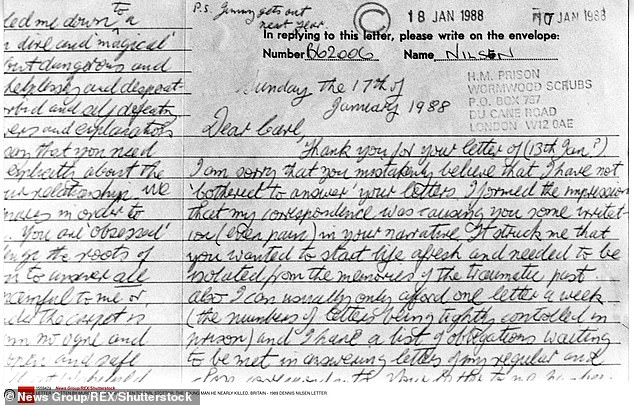 The letter Nilsen penned to Stottor – after his victim wrote to him in his prison cell several times – in January 1988; it said ‘I am sorry that you mistakenly believe that I have not bothered to answer your letters…’

Stottor said: ‘Why should he have his human rights when his victims haven’t any? It’s not justice. This happened to be 29 years ago and I never forgot it.’

Des is based on material from Killing For Company, which included conversations with Nilsen, whose nickname was Des. The murders all took place in the two North London addresses in which former civil servant Nilsen resided between 1978 and 1983.

Most of Nilsen’s victims were homosexual or homeless men who he would pick up in bars across London or on the street.

After inviting them to his home, Nilsen would ply his victims with food and alcohol before killing them. His preferred method was strangulation.

Once dead, he dismembered their bodies by dissecting them in his house. In his first address, Melrose Avenue, he buried their remains in the garden. In Cranley Gardens however he was forced to take other measures.

Once arrested he told police how he boiled the heads of his victims in a large cooking pot to dispose of their brains. He would cut up the rest of their bodies and store them in plastic bin bags at the property. 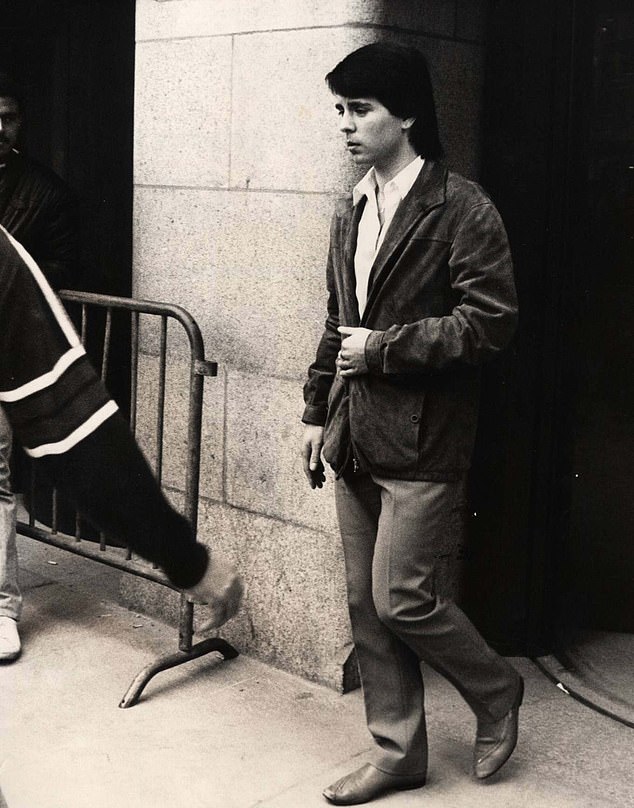 Stottor pictured at the Old Bailey trial of Dennis Nilsen in 1983; In 2011, Stottor was left furious when it was revealed Nilsen had been awarded £55,000 to take his case to the European Court of Human Rights in a bid to seek permission write a tell-all book about his crimes

When the stench of their rotting corpses became stronger, he tried to flush their limbs down the toilet and drains.

This caused a large blockage in the pipes. Seemingly oblivious to risk, Nilsen audaciously complained to a waste company about the blockage and asked for it to be resolved because he and other residents were suffering as a result.

When a Dyno-Rod worker arrived at the property in 1983 to unblock them, he discovered what appeared to be flesh and fragments of bone when he opened a drain cover outside the property.

Describing how he liked to dress the bodies in Y-Fronts and vest, then undress them, he said he enjoyed the feeling of power when he carried their limp bodies.

He said he was physically sick after cutting the innards from some of his victims to tackle ‘the smell problem’.

‘In the end it was when there were two or three bodies under the floorboards that come summer it got hot and I knew there would be a smell problem,’ he said. Cold killer: Opening with Dennis in holding at a police station, he watches apathetically as a detective tells him he will be made to show other burial sites to the police Emotionless: The actor was terrifying with his expressionless performance and indifference at being seen by the press after he was charged with the murder of Steven Sinclair

Des EXCLUSIVE: David Tennant was chilling as he transformed into serial killer Dennis Nilsen and faced the press in a tense clip

‘I knew I had to deal with the smell problem. I thought ‘What would cause the smell more than anything else?’

‘I came to the conclusion it was the innards, the softer parts of the body, the organs, things like that. On a weekend I pulled up the floorboards. I found it totally unpleasant. I got blinding drunk so I could face it.

‘I started dissection on the kitchen floor. I would then go and be sick outside in the garden.’

He was convicted of six counts of murder and two of attempted murder and jailed for life in 1983, with a recommendation he serve a minimum of 25 years.