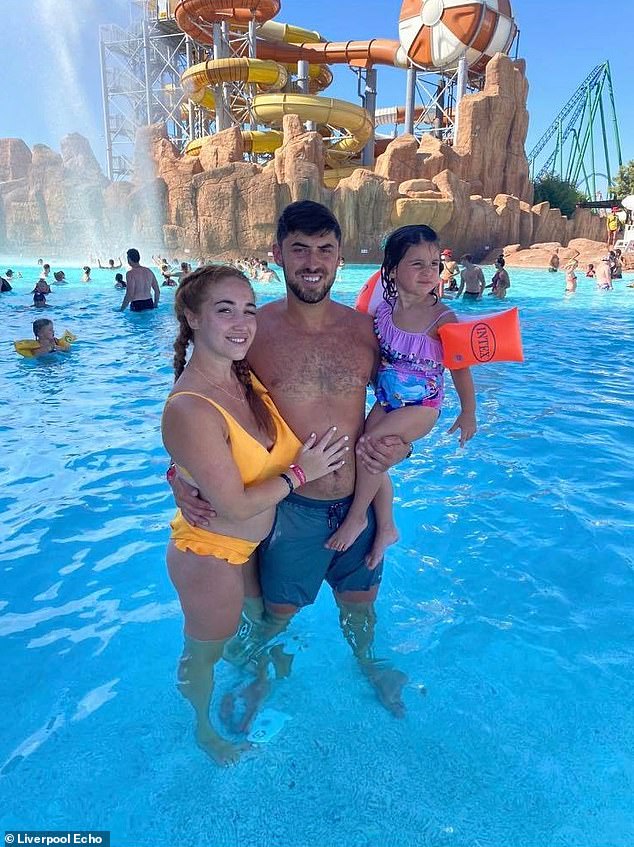 Jamie Moylan, 26, is in hospital in Turkey after shattering both his legs during a horrific balcony fall

A young father faces a fight to walk again after shattering both his legs in a horrific balcony fall while on a ‘dream holiday’ with his family.

Jamie Moylan, from Birkenhead, Merseyside, was rushed to hospital in the early hours of Saturday morning after plunging to the ground while saying goodbye to friends in Turkey.

The 26-year-old was given emergency surgery to both legs after doctors reportedly told his partner Mia Hodgson they were going to amputate his foot.

Jamie Moylan, pictured with his partner and daughter, faces a fight to walk again after shattering both his legs in a horrific balcony fall while on a ‘dream holiday’ in Turkey

But Jamie is still in Turkey and it is not yet known whether he will ever walk again after the accident.

Now his family are frantically trying to raise enough money to pay the hospital bills and to organise to bring him home for more treatment.

Mia told the Liverpool Echo that the couple, and their three-year-old daughter Amaya, were only supposed to be there for one week but decided to extend their stay after Jamie’s sister flew out to the holiday destination with her children.

The 24-year-old, from Liverpool, said: ‘We were only out there for a week but when Jamie’s sister came over and we decided to extend the trip.

‘Friday was our last night and we were due to fly home on Saturday so we had been out for a family meal before coming back to the hotel.

‘I took Abbey to bed and Jamie went to say bye to some friends we met out there.’

A short time later, Mia said the hotel manager woke her up to get Jamie’s passport and to say he had been in an accident.

She added: ‘At around 1am they woke me to say he’d been in an accident and needed his passport urgently. 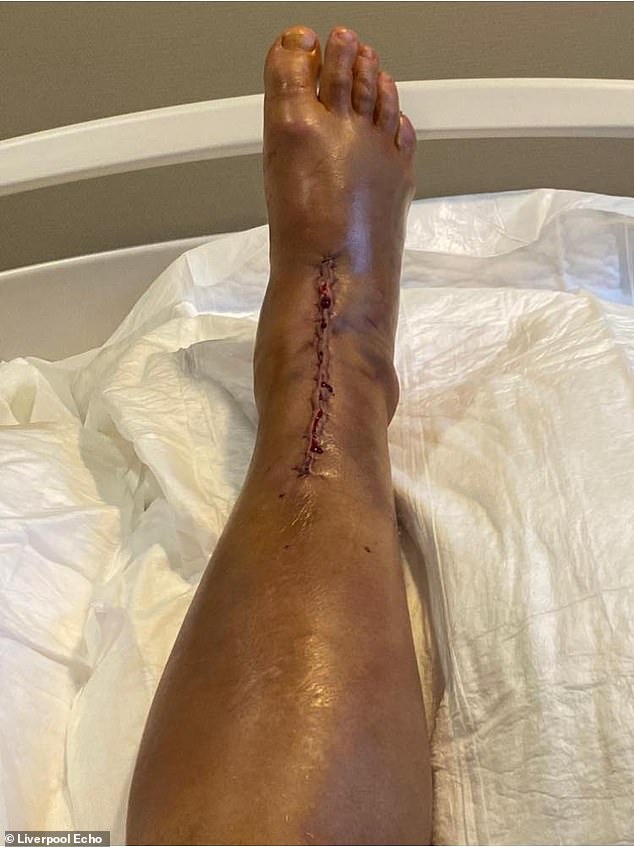 ‘Apparently he was chatting to our friends on the balcony but there was nowhere to sit.

‘So Jamie sat on the balcony railings and put one leg over to stabilise himself but he lost his balance and fell.’

Jamie’s sister went to the hospital but Mia couldn’t go to see him until later in the morning.

When she got there, she said that doctors were saying they would need to amputate Jamie’s foot because it was so badly damaged.

Mia said: ‘I begged them not to and they rushed him to surgery to see what they could do.

‘He had a major operation on both legs and is still in a really bad way.

‘We don’t even know if he will walk again.’

Mia and Amaya had to fly home that day but Jamie’s sister returned to Alanya to be with him while the family organise bringing him home. 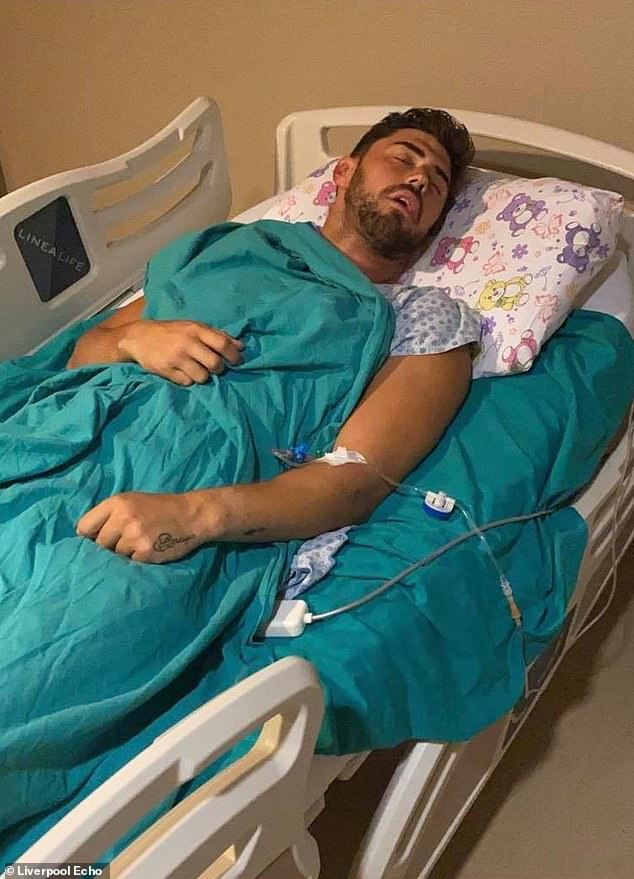 Jamie’s family are desperately trying to raise £20,000 to pay the hospital for the treatment so far as well as whatever else he needs

Jamie, Mia and Amaya had taken out insurance for their holiday before travelling but were unaware they would need to extend it after deciding to stay an extra week.

Now, they are desperately trying to raise £20,000 to pay the hospital for the treatment Jamie has received already and whatever else he needs.

Mia said ‘They’ve said we have to pay £20,000 straight away and it will likely be more than that by the time we are able to bring him home.

‘Friends and family came forward and sent us money and I am organising a raffle to help raise some more.

‘We were told to set up a GoFundMe page or something but the money can’t be claimed for 30 days and we don’t have that time.’

Mia has said the whole ordeal has been a nightmare and she would do anything to bring Jamie home and get him the help he needs.

She said: ‘He just wants to be home and I need him here. It’s so stressful and scary and we just don’t know what the future is going to be like for us but we need to get him home as soon as possible.’