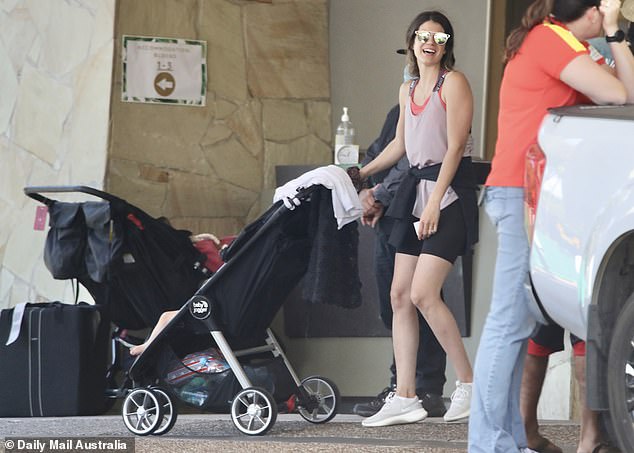 AFL players and their families have been spending the last two weeks relaxing by the pool at the four-star Mercure resort on the Gold Coast.

But despite the luxury amenities, Jordan Ablett looked relieved to have reached the end of her quarantine period on Tuesday.

The wife of Geelong star Gary Ablett Jr. smiled as she left the ‘quarantine hub’ in Carrara with her son Levi in tow.

Taking a breather! Jordan Ablett takes her son Levi, who she shares with Geelong star Gary Ablett Jr, for a walk on Tuesday

Jordan chatted to a friend while a security guard wearing a face mask watched on.

She looked ready for a workout in head-to-toe Nike, including sneakers, bike shorts, a sports bra, tank top and jacket wrapped around her waist.

She accessorised with reflective sunglasses, which were perfect for a sunny day on the Gold Coast, where temperatures reached 24°C on Tuesday.

Sunny skies were a huge improvement on Geelong, where she typically lives, which was partly cloudy and reached a maximum of 16°C. 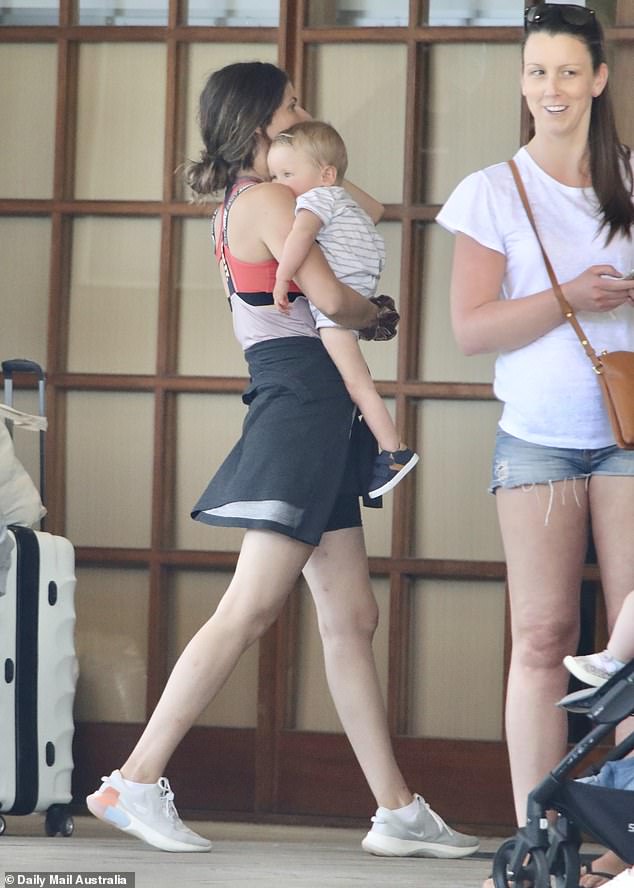 The other Ablett Jr! Jordan carries Levi outside of the hotel on a hot day on the Gold Coast – while Geelong shivered through temperatures as low as 6C 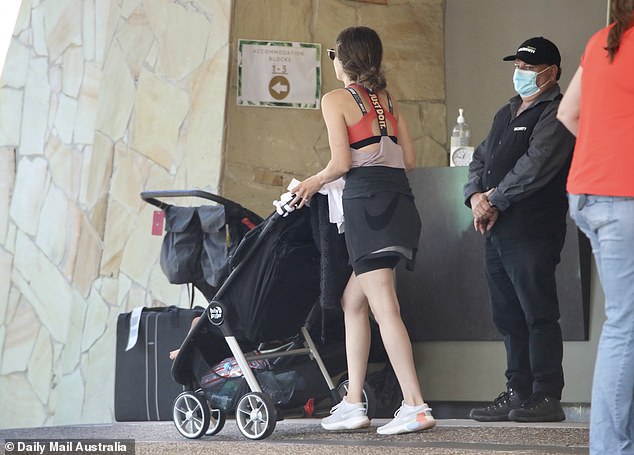 Practical: She looked ready for exercise in a full Nike ensemble with sneakers, bike shorts, a sports bra, tank top and jacket wrapped around her waist

Jordan, Gary and Levi had spent two weeks living with other AFL families at the ritzy quarantine hub, which was dismantled on Tuesday as the guests left.

The AFL is reportedly paying up to $3million a week to house 458 players and their families in high-class locations.

The 4.5 star Mercure Gold Coast Resort had been converted into an impenetrable fortress complete with security guards as hundreds of officials, fans, players, wives and even journalists went into quarantine after it was announced the game would be played in Queensland. 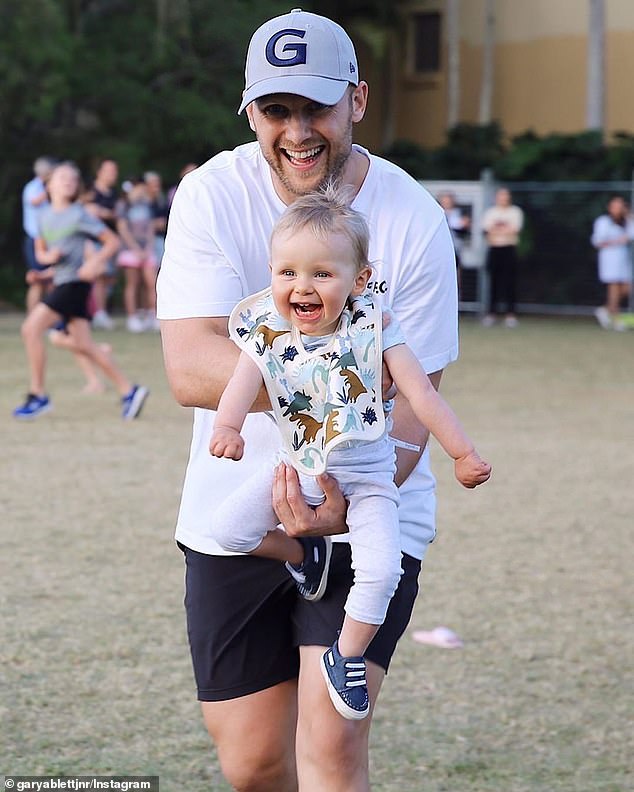 All smiles! Levi looked delighted as his father Gary played with him at the quarantine hub on Monday

Earlier this week, ex-Love Island contestant Tayla Damir, who is dating Richmond’s Nathan Broad, said that WAGs were not treating quarantine like a luxury holiday.

Tayla, who stayed at an AFL hub in August (she didn’t specify which one), told KIIS FM’s 3pm Pick-Up on Monday that the families were just grateful to have a safe place to stay during the pandemic and weren’t looking for a free vacation.

The Grand Final will take place on October 24 at the Gabba in Brisbane. 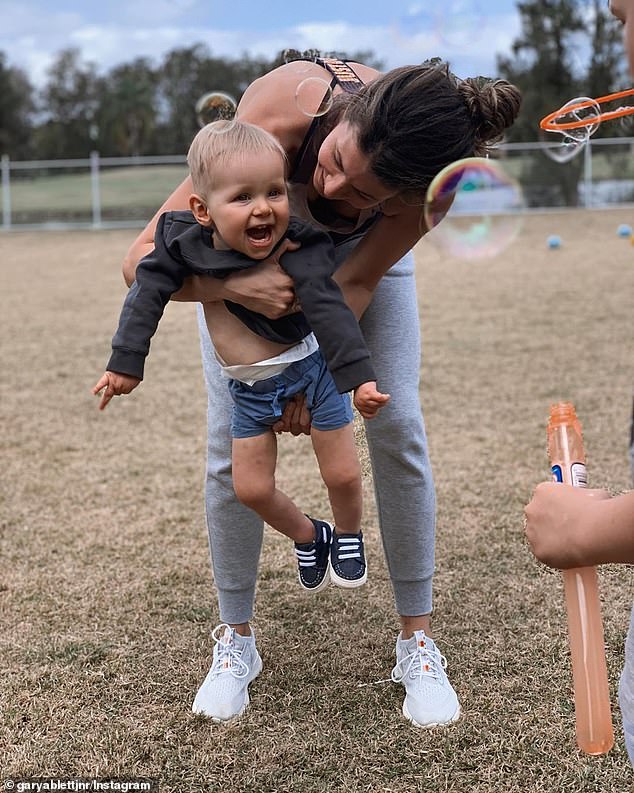 Family time! Jordan also played with Levi at the AFL hub, which is reportedly costing the league $3million a week to house 458 players and their families in high-class locations