ROSS CLARK: How tragic that Coronaphobia is turning our land of liberty into a Stasi-like state - healthyfrog Skip to content 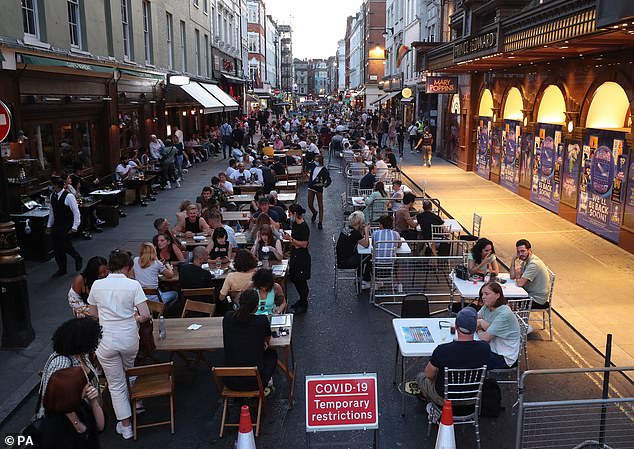 The brief conversation seems harmless enough. Setting out to do the weekly shop with your three children, you bump into Mr and Mrs Smith and their daughter from down the road.

Naturally you stop for a chat. It all seems so innocent — the sort of social interaction that makes for a happy and healthy community.

A few hours later, though, you receive a call from the local police station. You are told that a well-meaning neighbour spotted your seemingly harmless exchange and has reported you for breaking the new so-called ‘rule of six’ restrictions on socialising.

The stern police officer says he will let you off this time but he’s recorded the ‘incident’ and if it happens again — and you dare to congregate in groups larger than six — you could be fined £100.

Such a scenario could be taken straight from a dystopian nightmare similar to that portrayed in George Orwell’s 1984. But it could also soon become a terrifying reality.

Within a month, according to the National Police Chiefs’ Council, members of the public had made 194,000 calls reporting breaches of lockdown

For, astonishingly, shopping our neighbours for breaking the latest draconian Covid rules is exactly what policing minister Kit Malthouse has encouraged us to do.

Speaking on BBC Radio 4’s Today programme yesterday, he even suggested that the Government might set up a dedicated helpline for would-be curtain twitchers.

And the grim truth is that, if implemented, I suspect it could be more popular than John Major’s infamous ‘cones hotline’, used by the public in the early 1990s to moan about roadworks.

For while we were told when this pandemic first hit that coronavirus would bring out the best in society, I am sad to say that it has also brought out the worst in us — within weeks there was a growing culture of fear and paranoia as it became evident that many among us were unafraid of informing on neighbours who broke the guidelines.

Certainly it is quite right that we report serious abuses of the lockdown rules, such as impromptu raves attended by hundreds of people. 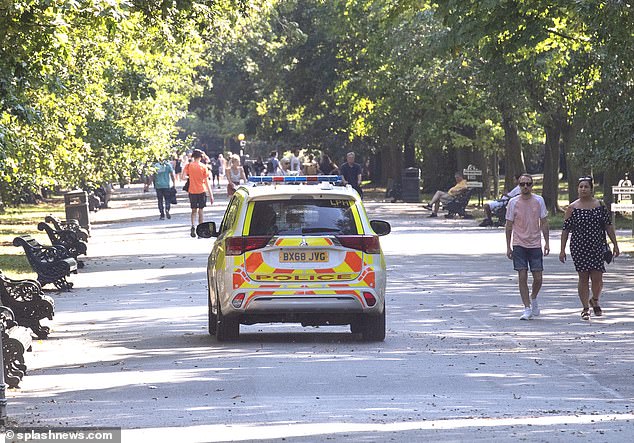 For reporting such trivial matters is not just at odds with the traditional relationship between the British public and the police, it is also a disgraceful waste of police resources at a time when they have far more serious matters to deal with

But what has happened since the Covid restrictions were introduced in March has extended far beyond that.

Within a month, according to the National Police Chiefs’ Council, members of the public had made 194,000 calls reporting breaches of lockdown.

The chief constable of Northamptonshire police said that his force had received ‘dozens and dozens’ of calls from people tipping them off about neighbours who had dared to leave their houses for their second run of the day.

The same police force even said it was contacted by someone reporting a passer-by for coughing without using a handkerchief.

Of course, lockdown has also revealed the authoritarian tendencies within Britain’s police forces. In particular, police in Derbyshire were rightly admonished by civil liberties campaigners for releasing drone footage to shame couples out walking in the Peak District — which wasn’t actually illegal.

In a separate incident, a South Yorkshire police officer took it upon himself to chastise a family whose only ‘crime’ was to spend some time enjoying their front garden. 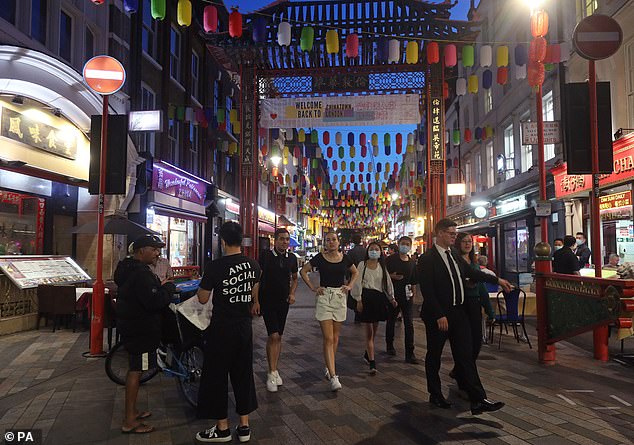 But throughout its proud history, Britain has never been a nation of snitches: it’s simply not how we do things

Naturally, people react viscerally to the sight of others cheating on the Covid rules — especially given how hard it was for so many of us to reorganise our lives when lockdown was imposed at such short notice.

But throughout its proud history, Britain has never been a nation of snitches: it’s simply not how we do things. Our natural preference is to try to solve a suspected misdemeanour with a frank, face-to-face discussion and leave it at that. Worse still, is the prospect of a small minority of people using the Covid rules as an excuse to settle old scores, whether it’s a neighbour who won’t trim their hedge or the person opposite who once had a loud party.

For reporting such trivial matters is not just at odds with the traditional relationship between the British public and the police, it is also a disgraceful waste of police resources at a time when they have far more serious matters to deal with.

I would love to think that Britain’s proud history of celebrating liberty means that we could never descend into a nightmare reminiscent of Communist East Germany, where it has been estimated that one in every hundred citizens worked as informers to the secret police, the Stasi.

But in the past six months we have seen exactly how rapidly attitudes towards freedom can change.

Few resisted the imposition of lockdown — even though it destroyed livelihoods, caused the economy to shrink faster than at any time in history and, as we are now discovering, will likely end up costing more lives than Covid-19 itself.

In fact, the main complaint about lockdown rules seemed to be that they didn’t extend far enough.

In some ways, it is understandable that many people in Britain put little value on their liberty. Few of us have ever lived under a dictatorship and so have little experience of how terrifying it is when governments start trying to control every aspect of our lives.

Even so, I find it remarkable that today’s illiberal Covid restrictions were introduced by Boris Johnson, a man with a reputation for strong, libertarian views.

Indeed, framed above my desk, staring down at me as I type, rests an old Spectator cover featuring a piece I wrote for the magazine in 2001. ‘Playing On Our Fears’, reads the headline, before I go on to argue how the Blair government was trying to frighten the public in order to boost support for some of its more illiberal policies.

How odd to think that the editor who commissioned that piece now leads a Government which is proposing to flood the streets with ‘Covid marshals’ to make sure that we don’t break the rules. 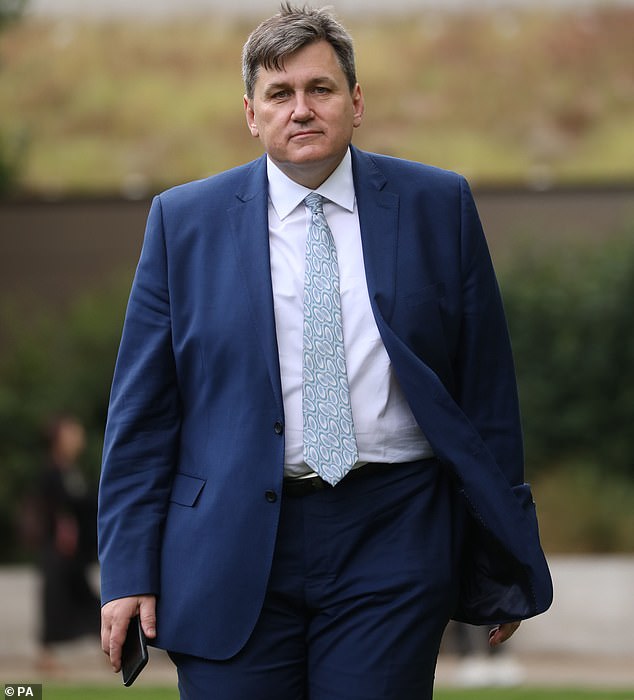 For, astonishingly, shopping our neighbours for breaking the latest draconian Covid rules is exactly what policing minister Kit Malthouse (pictured) has encouraged us to do

Surely, the Prime Minister must realise that these wardens will behave just like the overzealous enforcement officers sent onto the streets by councils to catch and fine litter-droppers — only to end up punishing people feeding the ducks or, in one case, a man who dropped a £10 note.

But while they will undoubtedly go for the easy targets, don’t expect them to do anything when they are faced with a massive rave or a Black Lives Matter protest intent on toppling a statue.

Instead of turning Britain into a busybody state that values officiousness and snitching, what’s wrong with encouraging us to use our own sense of responsibility?

We all know by now that Covid is a serious disease which, in a small proportion of cases, can be fatal. Yet we also know that the chances of spreading it when we are outside are very much reduced.

At the very least, why can’t children — who for the most part are neither greatly affected by the disease nor particularly efficient at spreading it — be left out of the rule of six?

But more importantly, the Government must stop trying to encourage us to turn in our neighbours to the police.

For in the long run, trying to recruit the public as informers will have the same effect as it had in the former East Germany. At best, it will breed distrust of and contempt for the law. At worst, it will fracture the very fabric of society.