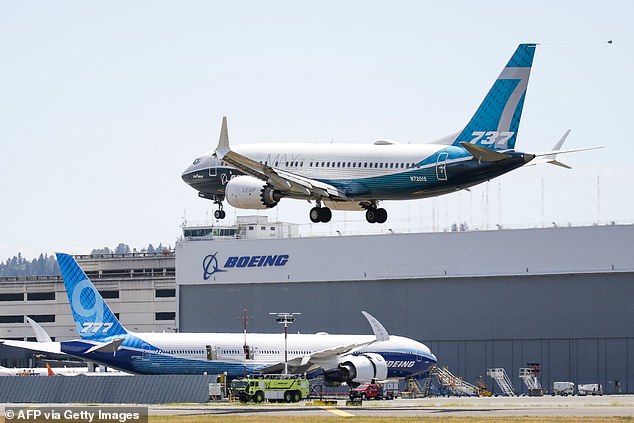 Two deadly Boeing 737 Max crashes were the ‘horrific culmination’ of engineering, mismanagement and oversight lapses that allowed the company to hide flaws, a report says.

Congressional investigators in the US said 346 lives were lost because of ‘repeated and serious failures’ by Boeing and air safety regulators.

They were told the chief project engineer approved a critical design change to software despite being unaware of the key details and a test pilot’s warning that a failure would be ‘catastrophic’.

The Transportation Committee report stemmed from an 18-month probe into the 2018 crash of a Lion Air flight in Indonesia and of Ethiopian Airlines flight 302 in 2019.

The Max was grounded worldwide shortly after the Ethiopia crash.

It said: ‘The crashes were the horrific culmination of a series of faulty technical assumptions by Boeing’s engineers, a lack of transparency on the part of management, and grossly insufficient oversight by the Federal Aviation Administration.’

Failings included pressure to rush the Max out to compete with an Airbus plane and a ‘culture of concealment’, it said.

In both crashes software repeatedly pointed the nose down, forcing pilots into unsuccessful struggles to keep planes up.