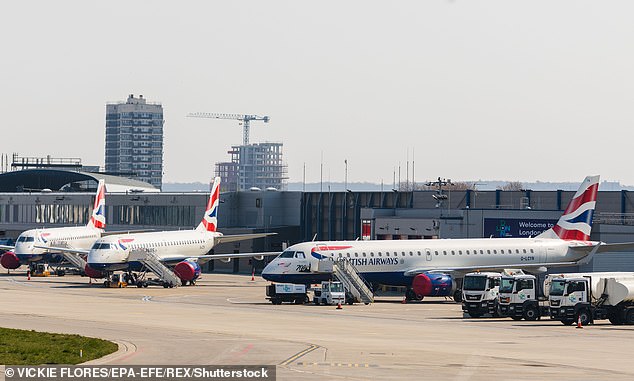 The boss of British Airways has defended his decision to cut up to 12,000 jobs and said the pandemic has left the national carrier ‘fighting for survival’.

Chief executive Alex Cruz stressed that ‘people need to get flying again’ if the company is to emerge through the winter and weather the ‘worst crisis in its 100 years of history’.

But he told MPs that many would-be customers are still cautious about travelling for fear their holiday destination will suddenly be brought on to the government’s quarantine list.

Passenger numbers have nosedived and last week the airline only flew 187,000 passengers, compared with almost a million the same week last year.

The slump in flights – roughly a quarter are operating – is causing BA to burn through £20million a day and has led to a jobs bloodbath.

The boss of British Airways has defended his decision to cut up to 12,000 jobs and said the pandemic has left the national carrier ‘fighting for survival’ (Pictured: BA flights remain grounded at London City Airport) 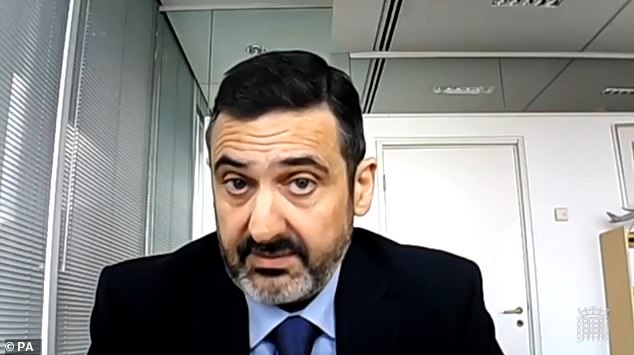 There will be airline bankruptcies and thousands more job losses if a waiver requiring airlines to use airport slots is not extended, British Airways chief executive Alex Cruz has warned.

‘I suspect that if that slot relief is not provided for the winter season we will have a number of airline bankruptcies and there will be many, many thousands of jobs that will be lost, in addition to the jobs that have already been lost,’ Mr Cruz told MPs.

He said he was not contemplating that scenario because reports from the European Union were encouraging that the waiver of the requirement that airlines use 80 per cent of their take-off and landing slots would be extended until March 2021.

In April, British Airways announced plans to axe up to 12,000 jobs, representing nearly 30 per cent of its workforce.

Today, Mr Cruz revealed that 7,200 employees have already left the company, and said the final amount out of redundancies would likely be around 10,000, although this could be greater.

Appearing before the Commons’ Transport Select Committee, he said: ‘As CEO of British Airways, I have to take responsibility. I cannot ignore the situation. I had to act incredibly fast.

‘I deeply, deeply regret that way too many loyal and hardworking colleagues of mine are having to leave our business, and I understand why MPs are concerned.’

Mr Cruz said he had ‘very difficult and yet very constructive’ meetings with pilots’ union Balpa, which resulted in a package being agreed on job and pay cuts aimed at avoiding a larger number of redundancies.

But he added: ‘This is an impossible situation. We’re having to make incredibly difficult decisions as a consequence of this pandemic and it is really only because of Covid-19 that we have had to go through such deep restructuring.

‘I have to make these difficult decisions at this time but I am completely dedicated and focused on protecting those nearly 30,000 jobs of those British Airways colleagues that will remain within the business.’

The chief executive, whose fleet was mostly grounded during the pandemic, said his mission objective was the survival of Britain’s flagship airline.

Not mincing his about the precariousness of BA’s future, he said: ‘The main focus at the moment is to survive.

‘At the end of June we had £2.1billion in cash. We’ve been burning approximately an average of £20million of cash per day.’

Mr Cruz also told the MPs that BA had processed 2.1million refunds and 1.6million vouchers for customers whose flights had been cancelled. 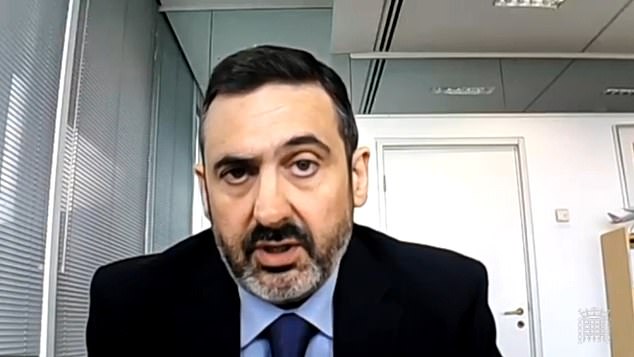 Today, Mr Cruz revealed that 7,200 employees have already left the company, and said the final amount out of redundancies would likely be around 10,000, although this could be greater

Flights: BA is currently operating only 25-30 per cent of its flights.

Pay: Mr Cruz revealed his own financial package to the MPs, and said he took home £805,000 last year in salary, benefits and pension. He added he had taken a 33 per cent pay cut, and his top team a 20 per cent pay cut.

But Mr Cruz’s efforts could be thwarted by a nervous public who he claimed are avoiding trips abroad for fear of having to quarantine.

He said: ‘People are still afraid of travelling. Of course, we are having weekly changes, as you know, to the quarantine list.

‘We don’t have a testing solution yet. And still our customers are paying APD (air passenger duty) even just to fly on domestic regional flights.

‘So the overall situation is quite challenging, and this is why we are taking every measure possible to make sure that we can actually make it through this winter.’

Mr Cruz called on the government to approach its quarantine list of countries on a regional basis, allowing them still to fly to areas of a nation which has low cases.

On the issue of coronavirus testing at airports as a way of reducing quarantine requirements, he said: ‘It is incredibly important that we reach a testing regime of some sort as quickly as possible, so that we can reduce that quarantine time to the minimum possible.

‘We are making a suggestion that we actually run a test between London and New York, so we can give authorities on both sides of the Atlantic an opportunity to test different ways in which a particular testing regime would actually work.

‘This is imperative, so that we can drive the confidence of travellers so we can get business going again.’

He went on: ‘We’re sitting here, we’re ready to go. We need some testing regime that will minimise the quarantine process so again we can get people travelling.

‘With the current quarantine process of two weeks, unfortunately we are not having sufficient travellers wanting to do either business or wanting to go on holiday.’

Mr Cruz urged the government to approach its quarantine-exempt list of countries on a regional basis to allow flights to continue to specific areas with low cases.

In a wide-ranging committee appearance via video-link, he also reaffirmed BA’s commitment to be net zero by 2050.

Willie Walsh, 58, first joined the aviation field in 1979, when at the age of 17 he became a trainee pilot for Irish flag carrier Aer Lingus.

He completed a Master’s degree in management and business administration at Trinity College, Dublin while in this role, before advancing to become a Boeing 737 captain.

Mr Walsh then joined company management and held positions including chief executive for then-company subsidiary Futura from 1998 to 2000.

In 2000, he returned to Aer Lingus as Chief Operating Officer and rose to CEO, succeeding Michael Foley, a year later.

Throughout his time as CEO, Mr Walsh reconfigured Aer Lingus as a budget airline – removing short-haul Business Class options and axing around 2,500 jobs in a time of financial instability. The move earned him the nickname ‘Slasher.’ 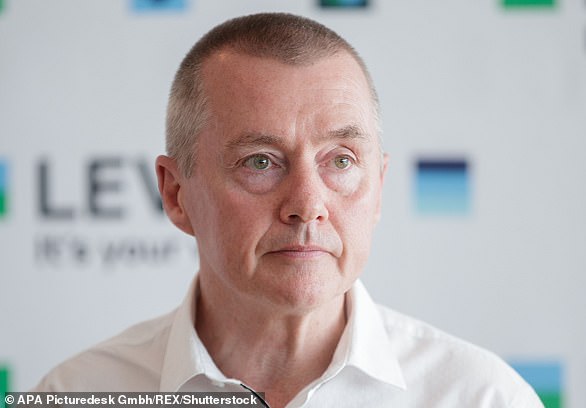 Willie Walsh, 58, first joined the aviation field in 1979, when at the age of 17 he became a trainee pilot for Irish flag carrier Aer Lingus

He resigned from the company in January 2005, and briefly worked for Virgin Atlantic before joining British Airways in May.

The former pilot presided over BA until 2011, a turbulent time for the airline industry as it dealt with continued fallout from 9/11 and the financial crisis.

This period saw several BA disasters, including an IT shutdown in 2017 which left 75,000 bank holiday passengers stranded, and a bitter dispute with pilots’ pay which brought huge disruption to passengers in September last year.

The dispute saw 3,000 pilots go on strike, causing sweeping cancellations and costing the airline £121million in one of the most damaging periods in the airline’s 100-year history.

The industrial action came a year after hackers stole the personal data of half-a-million BA customers in a breach which led to a £183million fine.

BA cut staff numbers by 6,000 between 2008 and 2010 with Mr Walsh calling striking cabin crew ‘dysfunctional’ and claiming some staff were ‘out of touch with reality’.

In 2011, British Airways joined forces with Spanish airline Iberia in a £5 billion merger to create IAG. Mr Walsh saw his salary rise from £735,000 to £825,000 following the merger and in 2015 it was reported that his total pay was almost £5million.

From his position at IAG, Walsh was said to hold much of the power for finances at BA – and some blamed him when a computer meltdown hit 75,000 air passengers in 2017.

Mr Walsh had insisted that rather than ‘cost-cutting’ the drastic measures taken under his tenure were more akin to ‘efficiency’.

He announced in January this year he would be stepping down from the role in March, but later opted to delay his retirement in order to guide the airline through the pandemic.