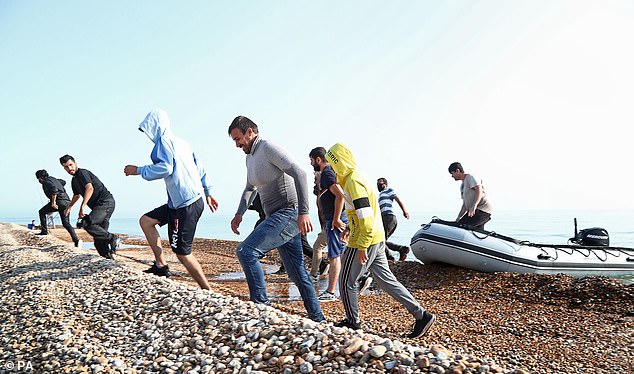 By David Churchill and David Barrett For The Daily Mail

The deportation of 18 migrants was blocked yesterday after their lawyers lodged 11th-hour human rights claims.

The migrants were supposed to join another 14 who were successfully deported, but their lawyers lodged claims at the last minute which stopped immigration officials from boarding them on to the plane.

Of the 14 who were deported, ten were flown to Germany and four to France.

The deportation of 18 migrants was blocked yesterday after their lawyers lodged 11th-hour human rights claims. Pictured: migrants arriving in Kingsdown, Kent, on Monday

They had arrived in the UK illegally by crossing the Channel in boats.

Among them were nationals from Afghanistan Iraq, Iran, Kuwait and Yemen.

Sir John Hayes, chairman of the new Common Sense Group of Tory MPs, said he welcomed the removal of the 14, but the blocking of of the 18 was proof that ‘we need to look at the system’.

He said: ‘The Home Secretary is doing the right thing and fighting hard to make it clear that illegal immigration is not acceptable, but she’s being frustrated by people trying to game the system.

‘And if the system allows them to do this, then we need to look at the system. 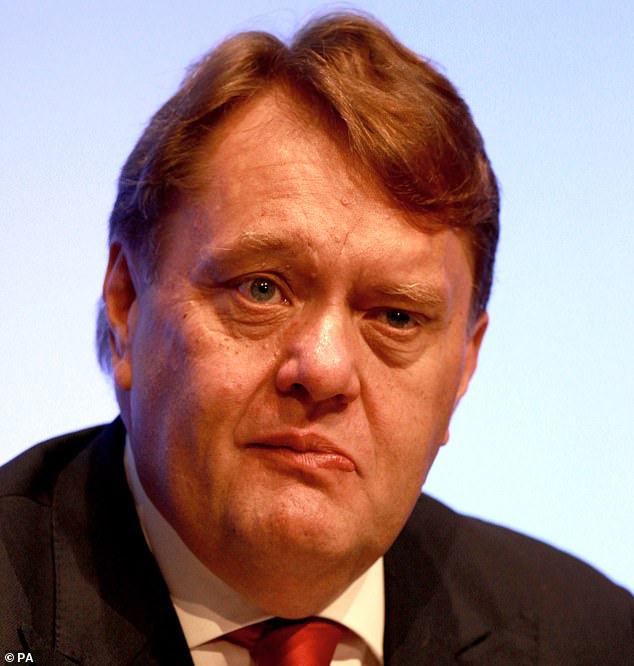 Sir John Hayes, chairman of the new Common Sense Group of Tory MPs, said he welcomed the removal of the 14

‘You’ve basically got a group of activist, bourgeois, liberal lawyers who are gaming the system by making vexatious claims at the last minute. We need primary legislation that allows right to be done.’

The Home Office said: ‘Today we have removed a number of migrants who arrived illegally from France and had no right to remain in the UK. They were returned to both France and Germany.

‘Those who seek asylum can and should claim it in the first safe country they enter.’

It is understood the lawyers acting for the 18 whose deportations were blocked had raised the issue of their human rights potentially being breached.