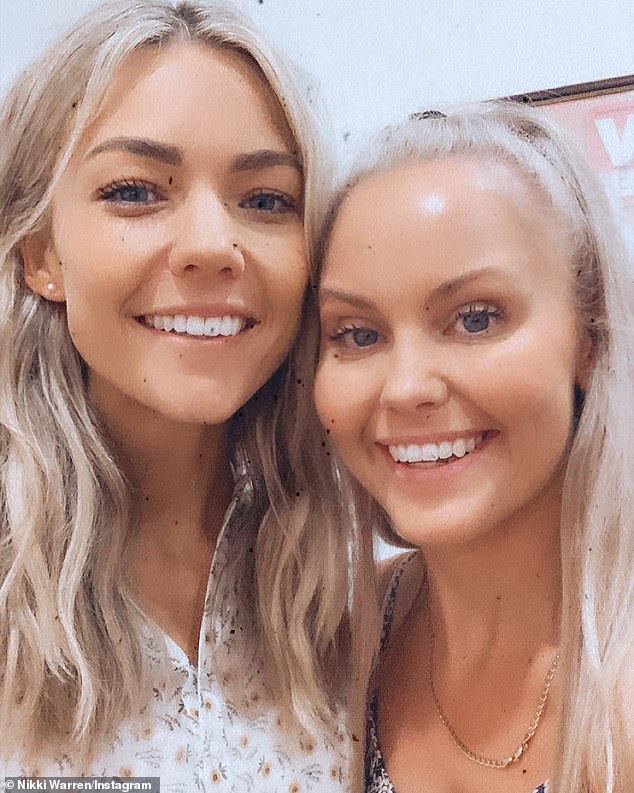 ‘It’s a dream come true!’ Ex-Farmer Wants a Wife star Nikki Warren joins the cast of Home and Away alongside Sam Frost

She was unable to find love on Farmer Wants a Wife last year.

But on Wednesday, Nikki Warren revealed she was going to be appearing on another Channel Seven show: Home and Away.

The clinical beauty therapist, 30, posted a selfie with Summer Bay star Sam Frost from the set of the popular soap opera.

‘I’ve watched Home and Away for many years, and to be selected to do some extras work is a dream come true,’ Nikki wrote in the caption.

‘I was also lucky to get a photo with this absolute stunner Sam Frost.’

While Nikki is only appearing as an extra, this is a great way for her to gain valuable on-set experience and could lead to a speaking role in the future. 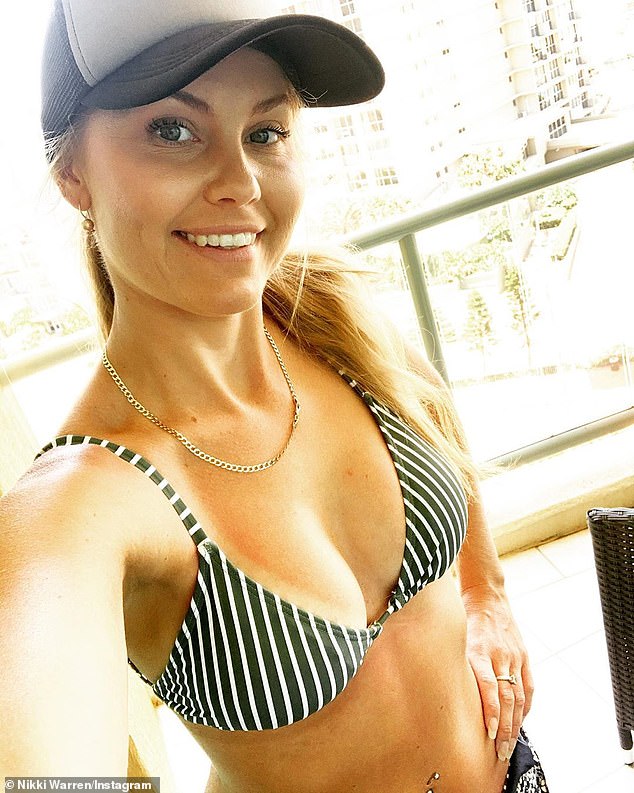 A foot in the door! Nikki is an extra on Home And Away, which is valuable on-set experience that could even lead to a speaking role

It is not uncommon for Australian reality stars to make the jump to acting.

Sam Frost was the Bachelorette before landing her role on Home and Away, and (until recently) former Bachelor Tim Robards had a regular spot on Neighbours.

Nikki briefly appeared on Farmer Wants a Wife earlier this year and hoped to get a place on Alex Taylor’s property, but was not selected. 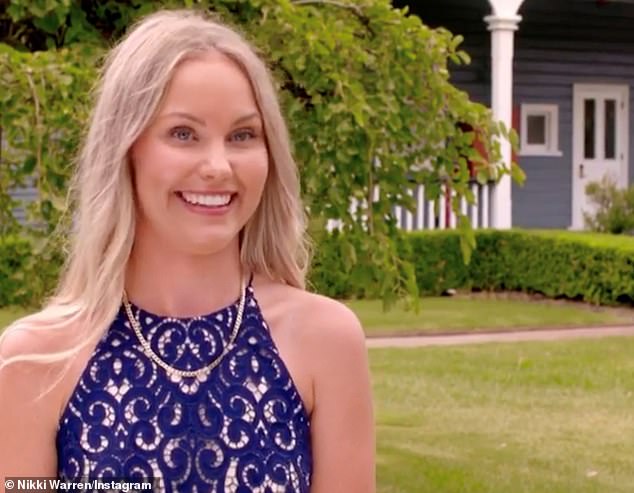 Throwback! Nikki briefly appeared on Farmer Wants A Wife last year, hoping to get a place on Farmer Alex Taylor’s property – but was not selected

‘This moment was definitely up there with one of the hardest moments I’ve had to face. After 12-hour days of filming, no one was ready and prepared to go home this early,’ Nikki said at the time.

‘We all wanted to get to know Farmer Alex a little more. But I have no regrets, it was such a great experience and I have made life long friends.’

Instead, Alex chose Henrietta, Sarah, Jessica and Britanny to go to his farm. He ended up choosing Henrietta at the end of the season. 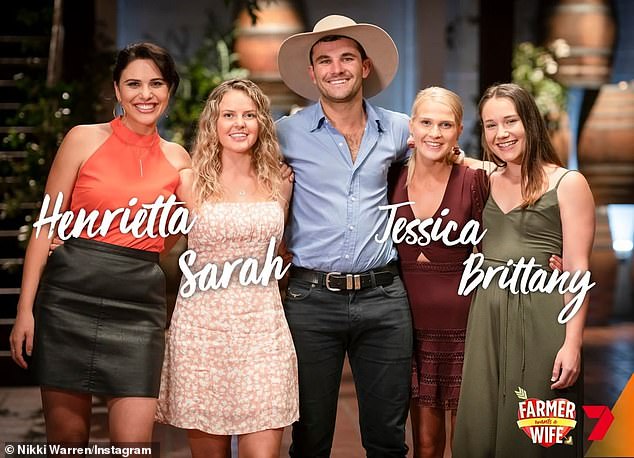 Farmer’s choice: Alex (centre) chose Henrietta, Sarah, Jessica and Britanny to go to his farm, ultimately choosing to continue a relationship with Henrietta after filming