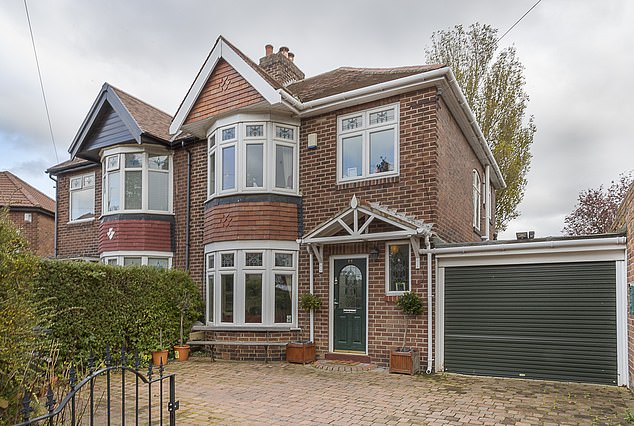 They say the Chancellor’s stamp duty holiday has ‘turbocharged’ a housing market that was already buoyant after lockdown ended.

But with rising unemployment forecast, and the stamp duty holiday on homes up to £500,000 to end in March next year, experts are urging buyers to think carefully before paying above the odds.

In demand: Semi-detached properties in Newcastle are proving popular. The CEBR estimates 150,000 house moves were put on hold because of Covid and are now back in business

The Centre for Economics and Business Research (CEBR) has warned that after the house price boom, values could plummet by as much as 14 per cent next year.

The number of buyers looking for a new home rose by 38 per cent in July compared with the same period last year, according to estate agent Hamptons International.

This meant almost a third of homes sold had offers from three or more buyers — with the average home achieving a record 98.6 per cent of the asking price.

But some people are prepared to bid even more to beat the competition.

The CEBR estimates 150,000 house moves were put on hold because of the pandemic and are now back in business.

North-East-based estate agent Duncan Young, of Sanderson Young, held more than 40 viewings and received 28 offers on a £575,000 four-bedroom semi-detached home in Gosforth, Northumberland. It sold for well above the asking price after less than a month on the market. 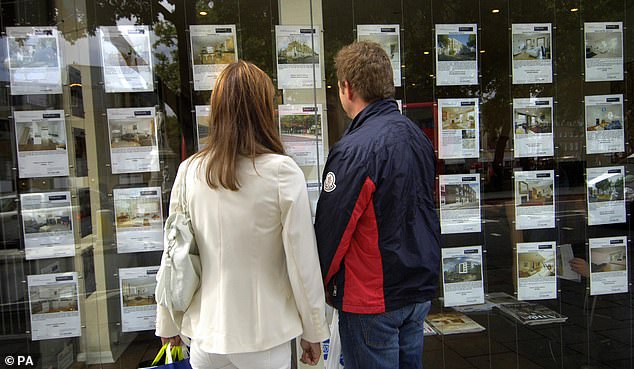 House hunting: The number of buyers looking for a new home rose by 38 per cent in July compared with the same period last year, according to estate agent Hamptons International

He says: ‘The North-East coastline and historical villages in Northumberland were booming with price increases in excess of 20 per cent in July and August.’

Meanwhile, buyers are queuing up to bag a new build near the North-East coastal town of Bamburgh.

Mr Young says: ‘A seller in the popular Beadnell Point development had accepted an offer of £378,000 in March, but after lockdown the buyer tried to lower their bid, saying a downturn was on the way. We advised the owner to decline and they have since sold it for £425,000.’

Nick Withinshaw, of Jackson-Stops estate agency in Chester, says retirees and second-home owners are being lured to the beauty of the North Wales coast, causing homes to sell fast.

He says: ‘We put a four-bedroom waterfront property in Red Wharf Bay, Anglesey, on the market for £1.075 million. Within four days it had four viewings and a great offer, with another six viewings booked.’

Analysis by property site Rightmove found villages made up more than half of 16 hotspots in England where sales between January and September have already beaten the whole of 2019. 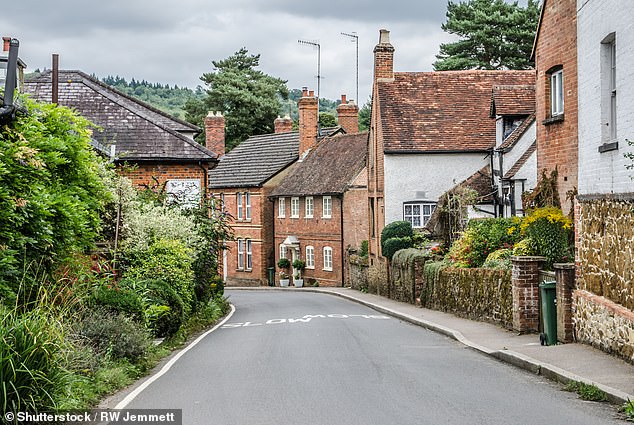 Estate agent Gascoigne Halman says between June and August it saw a 77 per cent year-on-year rise in the number of homes sold in Chapel-en-le-Frith, a small town on the Derbyshire-Cheshire border .

Its managing director John Halman says: ‘The countryside location and proximity to the Peak District National Park is attracting homebuyers who see the appeal of wide open spaces after the nationwide lockdown. The stamp duty holiday has turbocharged the market and prices are rising.

‘Around a quarter of all the homes we’re selling get multiple offers and achieve more than the asking price.’

Some properties are receiving so many offers that sellers have to run secret bidding auctions.

If multiple buyers are interested in the same home, agents can ask them to all submit a sealed bid. The seller then chooses which bid to accept, or a shortlist of buyers is drawn up and they are invited to submit a final higher bid.

Martin Walshe, director of Cambridge-based Cheffins, says: ‘In the past 100 days we have sold 160 homes. Demand is at such a level that we have had more than 25 properties go to sealed bids in the past four weeks.

‘Lockdown made those who were already considering a house move almost frantic with anticipation for estate agents to reopen.

‘And the spike we have seen in enquiries since the rules were relaxed has overtaken any other peak I have experienced during my career.’ 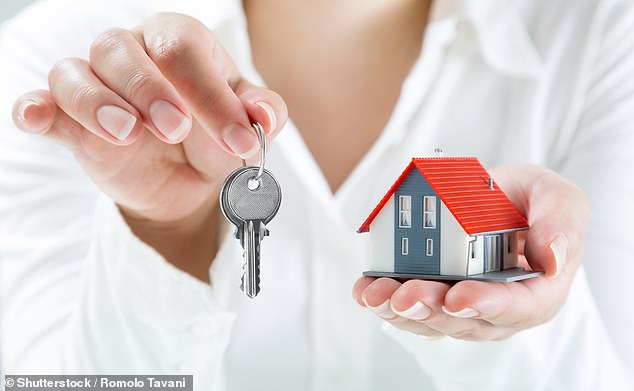 Competition: Some properties are receiving so many offers that sellers have to run secret bidding auctions

Even London is enjoying a busier-than-expected late summer, as buyers look to upsize to get more space and rush to beat the March 31 stamp duty deadline.

Aside from a 1 per cent rise in house prices in the three months to March, London’s housing market saw a decline in prices for the previous ten consecutive quarters, according to Nationwide.

But despite reports that the capital’s residents are fleeing the big smoke and heading for the hills, surveyors and agents are reporting a flat but stable market since lockdown restrictions were lifted.

Harry Buchanan, Jackson-Stops’s director of Pimlico and Westminster, says sales are up 55 per cent on the same period last year.

Some agents expect the buying frenzy to cool off as we head into the winter months, while others predict it will last at least until the stamp duty holiday ends.

But with job losses forecast and economists predicting house prices will fall next year, buyers are being warned not to lose the plot and risk making an offer that they cannot afford. If house prices fell quickly, some buyers could end up in negative equity if they sell their home and their mortgage loan is worth more than the value of the property.

Mr Young, of Sanderson Young, says: ‘Five to 10 per cent over the asking price could be forgiven – but 20 to 30 per cent over is a sign that people are getting carried away, because prices shouldn’t be rising that quickly.’

Paula Higgins, chief executive of the HomeOwners Alliance, warns buyers who are looking to escape to the country to ‘go into it with their eyes open’.

She says: ‘Families must think long-term if considering a drastic lifestyle change. They could wind up in negative equity if country living is not for them and they need to sell up in two years’ time when prices may have dropped.

‘You might think now that you want to work from home for ever — but the appeal may soon wear off and you could wish you were closer to the office again.’

She advises buyers to do a practice commute during rush hour so that they know how long it will take to travel to the office.

Broadband coverage can also be patchy in rural areas, so you may struggle to work from home.

Buyers are also having to move quickly to secure a mortgage, too.

Last week TSB gave just a day’s notice before launching a fire sale offering 90 pc mortgages to first-time buyers for one day or until allocated funds ran out.

Loans were available up to £350,000 and purchases on flats were not allowed. Mortgage advisers say this was the first time banks had ever launched flash sales for first-time buyers.

Coventry Building Society and Accord, part of Yorkshire Building Society, both held 10 per cent-deposit fire sales where funds for first- time buyers were made available for 36 and 48 hours respectively.

First-time buyers with less than a 10 per cent deposit now have severely limited choices after HSBC ‘temporarily’ withdrew its 90 per cent mortgage range this month.

Nationwide still offers first-time buyers 90 per cent mortgages but will not allow parents to gift children the full deposit.

Borrowers also face weeks of delays to get their mortgage application reviewed as banks’ service levels buckle under the pressure of huge demand.