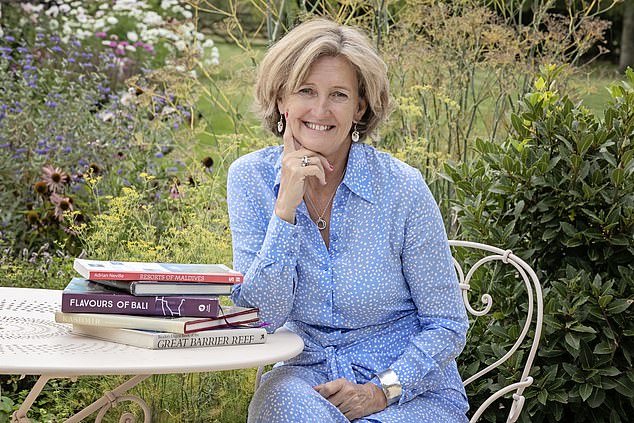 A passenger has defeated British Airways in court over a small print clause that meant her return flight was cancelled with no warning.

Pam Watts fell victim to the ‘no-show’ rule, previously highlighted by Money Mail, which allows an airline to void and even re-sell a return ticket if a passenger misses the outbound flight on the same booking.

Airlines use the clause to stop ‘tariff abuse’, when passengers buy return tickets because they are cheaper than a single flight.

Victory: Pam Watts defeated British Airways in court after they cancelled her return ticket from Mauritius and charged her over £1,000 to fly home the next day

But it means holidaymakers who miss their flights because they get stuck in traffic, for example, or simply change their plans, can be left stranded if they are unaware of the rule.

The couple, who ran their own recycling company, had booked flights from London to Cape Town, from Cape Town to Johannesburg and from Mauritius back to London.

Two days before they were due to leave, Pam rang BA to see if she could swap her Cape Town flight for one departing from Port Elizabeth, so they could visit an elephant sanctuary. But BA said no.

Pam, a mother of one, says: ‘I was never told what would happen if I didn’t show up.’

Later that day, she booked a flight from Port Elizabeth to Johannesburg. However, when they tried to check-in for their flight home, they found they could not do so.

Pam tried to speak to the airline on her mobile phone, but in the end was forced to use her hotel room phone for the two-hour call, which cost her £200.

She was told their seats had been resold and that the plane was full. The earliest flight they could book was for the next day – but they’d be charged the difference between the cost of the flights – £1,062.80.

They also had to pay £400 to stay another night in their Mauritian resort.

The next month, Pam, from Tonbridge, Kent, emailed BA asking to be reimbursed. When it refused, she took the case to the small claims court.

The airline’s case rested on a clause in its terms and conditions, which reads: ‘If you fail to cancel a booking before the check-in deadline for your flight and do not show up for the flight, we may decide to cancel your return or onward reservations.’ 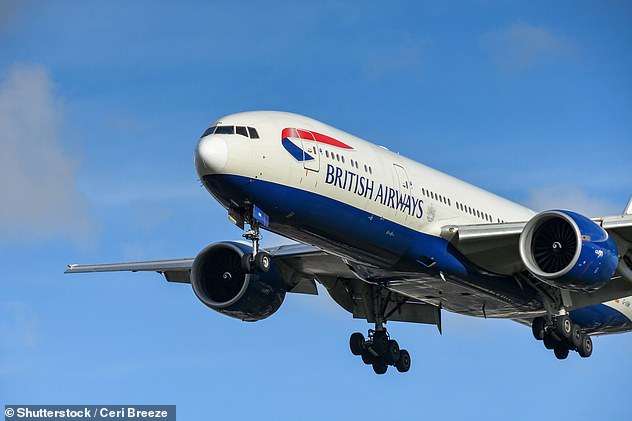 When booking, Pam confirmed that she had read these terms, but she admits she did not go through all 12,045 words.

Lawyers representing BA at Canterbury County Court said the clause allows it to offer discounted deals to customers and is beneficial to the environment, as without it holidaymakers could book multiple flights at discounted prices with the intention of missing them.

It allowed BA to cancel flights at its discretion. However, Pam’s third flight was automatically cancelled by the airline’s computer system shortly after she failed to check-in.

The judge said this was unfair because BA did not contact her to say it had cancelled her flight.

It is understood that any changes to the booking, such as the cancellation, would have appeared on Pam’s ‘Manage My Booking’ web page, run by the airline.

A spokesman for Warners Solicitors, the Tonbridge firm which took on Pam’s case, said it ‘highlights the importance and need for passengers to know their rights when plans change.’

BA has not made any changes to its ‘no-show’ clause since Pam took her case to court, and it refused to comment on whether it would in the future.

Several other airlines, such as Virgin Atlantic and Air France, enforce similar clauses.

Under Virgin’s terms, the airline will honour onward or return journeys if a passenger contacts it in advance of showing up, with proof of a change in circumstances which has meant they cannot take their booked flight.

Richard Stephenson, director at the UK Civil Aviation Authority, says: ‘If the passenger misses their outbound flight, we would expect the airline to make an effort to pro-actively contact the passenger.’

A BA spokesman says the policy is ‘common practice in the industry’ and designed to stop ‘the abuse of fares’.

He adds: ‘Many of our tickets allow customers to make changes to their flights if they inform us before they travel.

‘We work hard to give customers the information they need when travelling with us, and ensure that our terms and conditions are clear on our website.’