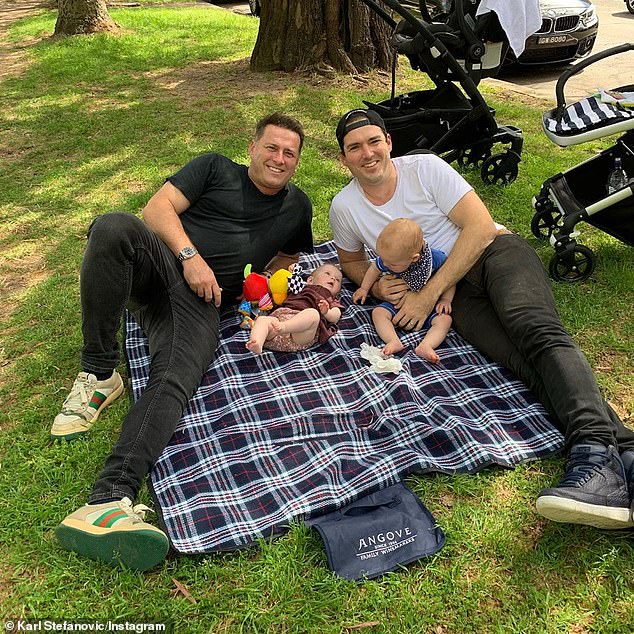 Doting dads! Brothers Karl and Peter Stefanovic enjoy a picnic in the park with their children Harper and Oscar

And on Thursday, the doting dads enjoyed a day out in the park with their babies.

Karl, 46, beamed with joy alongside his four-month-old daughter, Harper May, as she rested on the picnic rug in a photo shared on Instagram.

Doting dads! Brothers Karl and Peter Stefanovic enjoyed a picnic in the park with their children on Thursday

He channelled in inner ‘cool dad’ with an all-black outfit comprising a T-shirt, jeans and well-worn Gucci sneakers.

Next to the Today host was his younger brother Peter, 38, who hosts Sky News’ First Edition breakfast show.

He appeared to take style cues from Karl, opting for a T-shirt with black jeans as he cuddled his seven-month-old son, Oscar.

Peter also teamed his outfit with hi-top sneakers and wore his cap backwards. 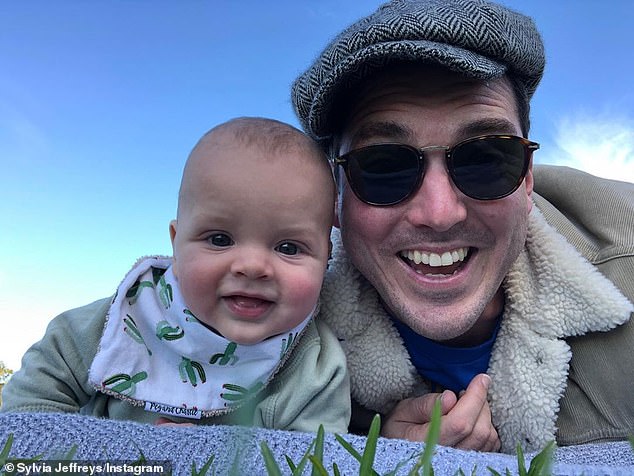 Bonding: Fans loved the sweet family photo, including one who said: ‘So nice to see the Stef Bros hanging out together.’ Pictured is Peter with son Oscar at another park outing

The brothers’ fans loved the sweet family photo, including one who commented: ‘So nice to see the Stef Bros hanging out together.’

Another wrote: ‘They will grow up so very close, double trouble part 2 lol.’ 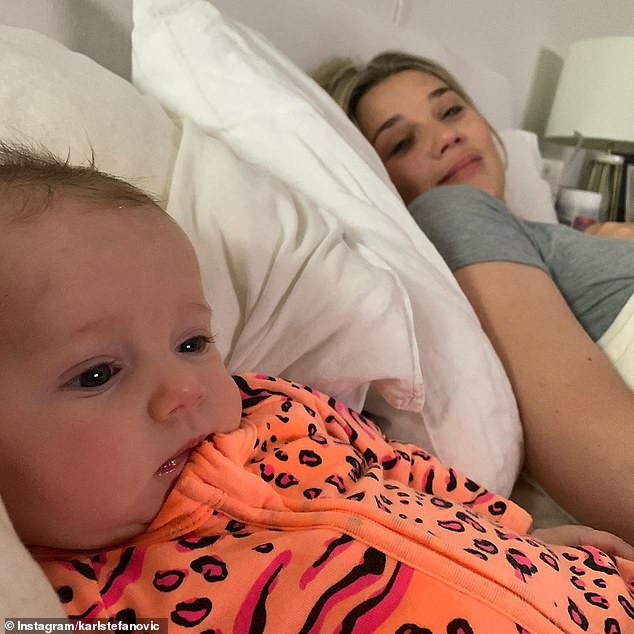 Adorable: Karl, of course, shares his daughter Harper with second wife, shoe designer Jasmine Yarbrough. They welcomed their daughter back in May. Pictured is Jasmine and Harper

Karl shares Harper with his wife, shoe designer Jasmine Yarbrough, whom he married in a lavish ceremony in Mexico in December 2018.

He has three older children, Jackson, 20, River, 13, and daughter Ava, 14, from his first marriage to former journalist Cassandra Thorburn.

Peter and his wife, Today Extra host Sylvia Jeffreys, welcomed Oscar in February this year, after marrying in the Kangaroo Valley in 2017. 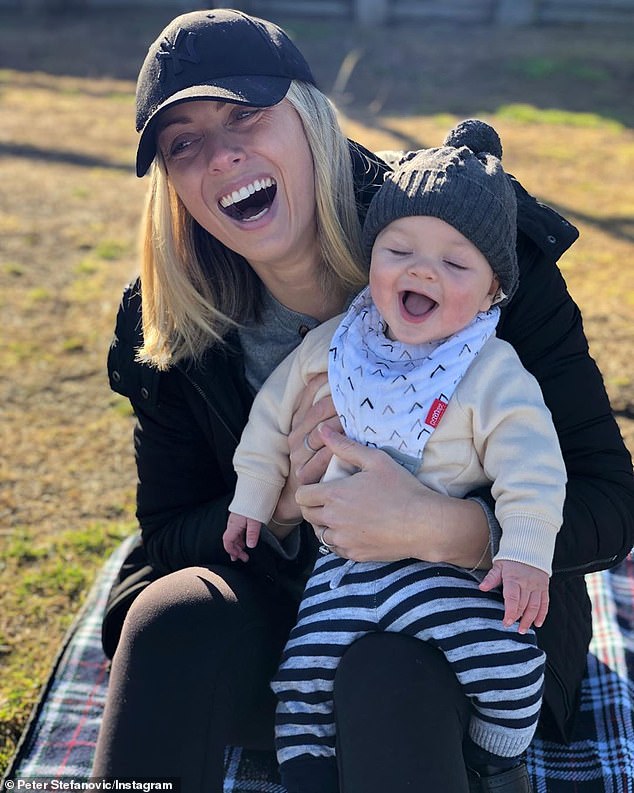