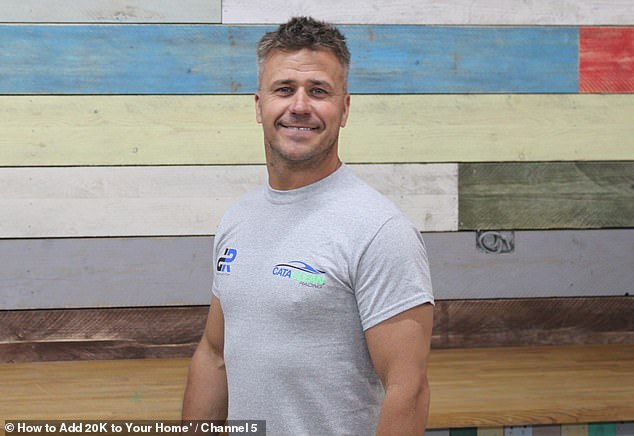 The first ever winner of Big Brother and makeover king, Craig Phillips, is returning to our television screens this evening with interior designer favourites Laurence Llewelyn-Bowen and Linda Barker.

The designers have appeared on a variety of makeovers shows in the past with Lawrence and Linda best known for Changing Rooms, which ran from 1996 to 2004.

Now they’re all featuring together on our screens with a new Channel 5 property show that starts this evening at 9pm.

MailOnline Property was given a sneak preview of ‘How to Add 20k to your Home’ and spoke to one of the experts on the show, Craig Phillips.

New TV show has experts, including Craig Phillips (pictured), give advice about how to add value to your home

Craig spent part of lockdown working on the show, filming from home, along with a host of other TV makeover experts, including Laura Hamilton, Scarlette Douglas and Gary McCausland.

Together, they aim to provide people with a step-by-step guide on how to boost the value of a home, with the help of some simple styling and DIY tips.

The show covers a number of projects, including converting a garage into a bedroom or cinema room, installing a home office in the garden, and creating an open-plan living space by knocking down walls between kitchens and sitting rooms.

With each project, Craig provides help on how much can be done via the DIY route to save money – and which bits they need to leave to the professionals.

Craig explained: ‘Everyone’s more confident than they used to be doing DIY. But it depends on what level you are at.

‘If you are a beginner, start off with some simple decorating work because if it goes wrong, it can be fixed relatively easily and inexpensively.’

And he added: ‘Materials have moved on during the time I’ve been doing makeovers and now you can so easily do projects such as spray paint PVC doors and windows for example.’ 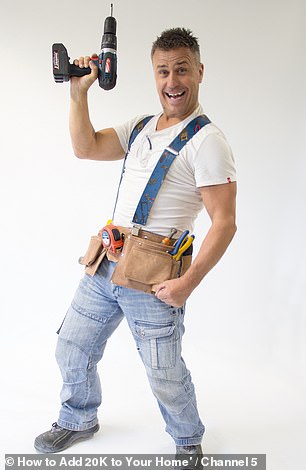 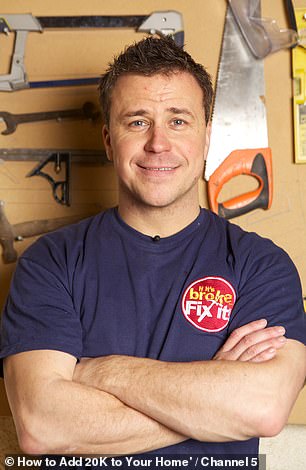 He said that one of the most common improvements this year is a garden office due to so many people working from home.

‘People are turning to building an office room. They are also installing garden bars and decked areas outside,’ he said.

He added a word of caution, saying it is important to seek advice on what you can’t do, and that he does not advise on structural work during the programme.

Earlier in the summer, we looked at the rise of the ‘shoffice’ thanks to a new movement towards working from home and what you need to know about having one built. 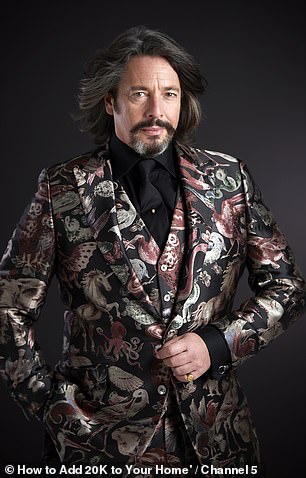 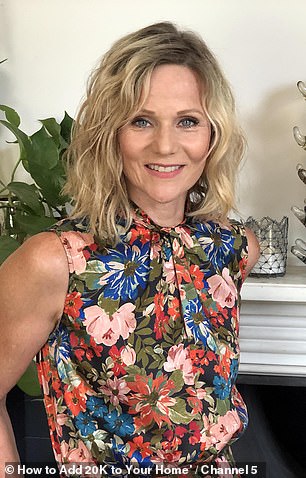 Laurence Llewelyn-Bowen and Linda Barker are  perhaps best known for Changing Rooms, which ran from 1996 to 2004

More of Craig’s TV appearances this year have been to do with Big Brother and its twentieth anniversary since it first aired and he won the show.

He is delighted to be back on our screens, saying: ‘A lot of my other TV shows have been repeated due to lockdown and us not being able to go out on location to film.

‘I would normally be doing garden makeover location stuff, with my most recent TV shows including 60 minute makeover episodes for ITV.’

Everyone’s more confident than they used to be doing DIY. But it depends on what level you are at. If you’re a beginner, start off with simple decorating work because if it goes wrong, it can be fixed relatively easily and inexpensively.

Some of his DIY videos are available via the YouTube channel Silverline Tools.

So what would be his dream TV job? Watch out Kevin McCloud as he says he would love to become the host of Grand Designs.

It comes after Craig and his wife Laura built their own house just outside of Liverpool, which he says ‘includes 18 corners and enough space for 26 cars on the driveway’.

He filmed the whole process over the course of two years and is now looking to get it shown on TV.

‘I’m happy to give the footage of the build away as it isn’t about making money but a personal project for me about making a positive record of the experience and showing what I am capable of.

‘I did everything from helping to design the house and pour the foundations. Over the years, I have tended to be associated only with makeover programmes, but this shows much more about what I can do.’