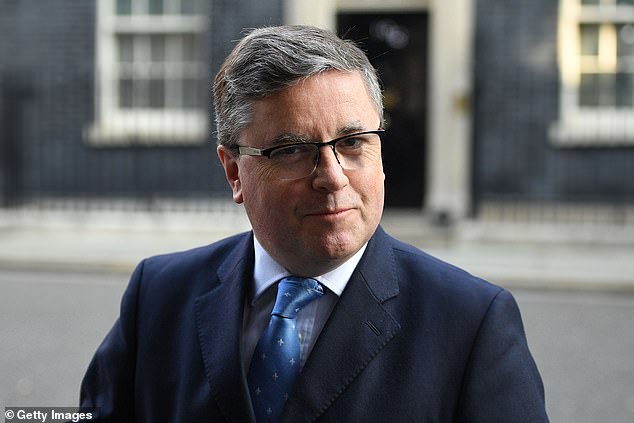 £1bn bill to keep serious criminals in jail for longer: Officials admit plan for tougher sentencing for worst offenders will cost £385,000 per inmate

Hundreds more serious criminals will be locked up for longer at a cost of around £1billion.

Sexual and violent offenders will serve at least two thirds of prison terms rather than half.

Under the sentencing reforms announced yesterday, whole-life orders will extend to child killers and those aged 18 to 20 convicted of terrorist killings.

This is on top of previously-announced plans for the removal of early release for those with terms of more than seven years.

The sentencing white paper said these reforms could lead to 2,600 prisoners serving longer jail sentences by 2028.

Last night the Ministry of Justice admitted this would cost around £1billion – £385,000 per offender. Justice Secretary Robert Buckland said the changes would result in a ‘fairer system’ that better protects the public.

The white paper also proposes 20-hour daily curfews for up to two years, community punishments and GPS tracking for burglars, robbers and thieves when they are released from prison.

Killer drivers – including those using their mobile phone at the wheel – will face tougher sentences. In a speech for the Centre for Social Justice, Mr Buckland said the public ‘expects child killers to feel the fullest and harshest extent of the law’.

He said the white paper was an ‘opportunity to grow trust and confidence in the sentencing system – in its ability to make the smart choices to protect the public from the harmful effects of crime, in whatever form they take’.

The announcement comes days after a parliamentary report warned prisons could run out of space to hold more criminals within the next three years, with some higher-risk inmates already having to be held in low-security jails.

Meanwhile courts in England and Wales are grappling with a backlog of more than half a million cases, with delays exacerbated by the pandemic. 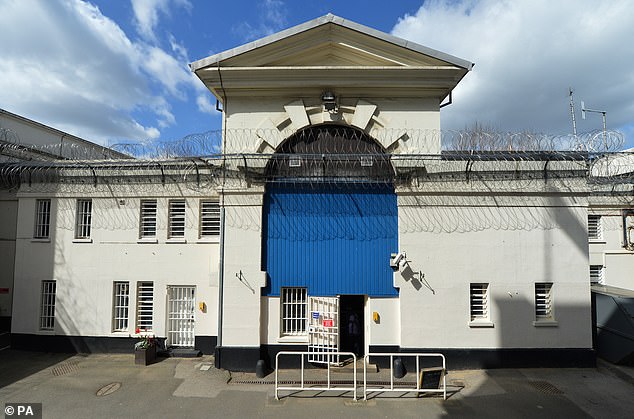 Hundreds more serious criminals will be locked up for longer at a cost of around £1billion. Pictured: Pentonville Prison in London

At the same time, temporary laws are also being introduced to extend the custody time limit for people awaiting a trial for serious crimes.

The sentencing measures will also look at efforts to rehabilitate low-level criminals in a bid to reduce reoffending – such as cutting the time before a conviction is classed as ‘spent’ to help them find work. Mr Buckland said that sentencing failures left low-level offenders stuck in a life of crime and with little hope of turning things around.

He added: ‘Aside from the social impact, it is also a waste of money, with the cost of reoffending running into the billions every year. We need a new approach.’

David Lammy, Labour’s justice spokesman, urged the Government not to apply tougher sentences ‘gratuitously’ but said his party welcomed the reforms to ‘protect the British public’.