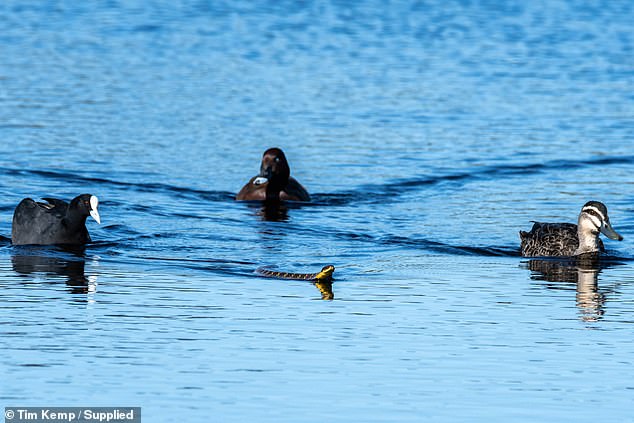 A photographer has snapped the incredible moment three ducks escorted a highly venomous tiger snake that had been swimming in their lake back to the shore.

Tim Kemp was in Whiteman Park north of Perth this week when he spotted the snake making its way to a patch of floating vegetation where the ducks had been sitting.

He immediately braced for the worst, expecting the ducks to become the snake’s next meal only to then see them calmly lead the reptile back onto dry land.

Mr Kemp told Daily Mail Australia he’d never seen anything like it in all his years as a wildlife photographer. 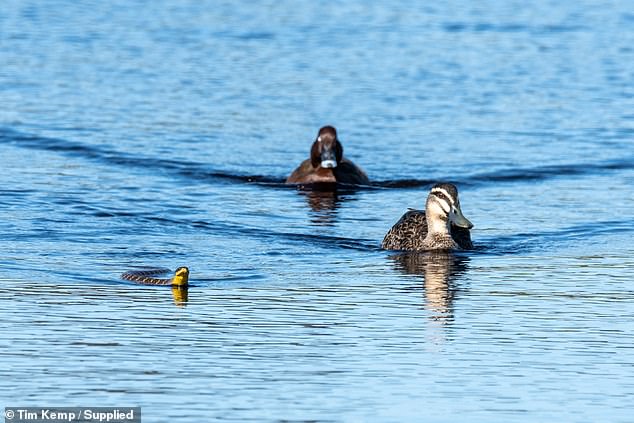 ‘As the minutes ticked by and there weren’t any feathers flying or wings splashing, I realised if the birds knew the snake was there, they didn’t care,’ he said.

‘I think the ducks knew they weren’t in any danger. None of them had a nest on the vegetation they were relaxing on. And they’re just too big for the tiger snake to fit in its gob.

‘Smaller birds and frogs would have been on the menu, had the snake been able to find them.’

After racing to snap a few photos of the remarkable encounter Mr Kemp watched as the snake slithered onto the shore and out of sight.

He was amazed the three ducks were all from different breeds but had come together to shoo away the snake – only to return to the swamp completely unfazed.

‘The ducks weren’t any worse for wear. Several breeding pairs swam off together. I watched a male Shelduck showing off to a female. A number of swans and ibises came gliding in for a cleaning and relaxation session on the little green island,’ he said. 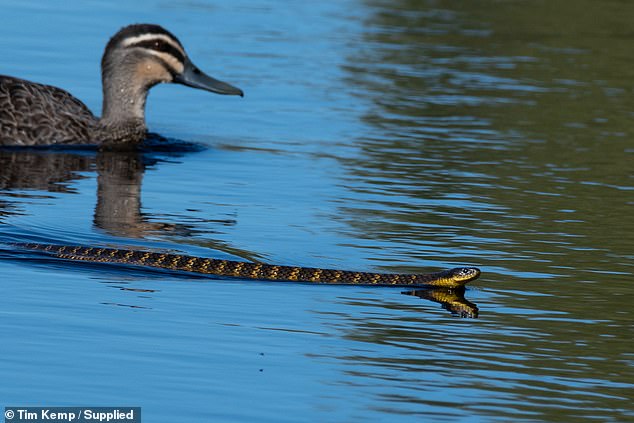 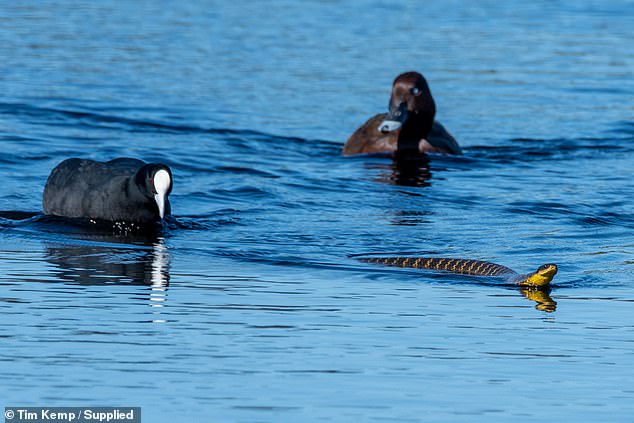 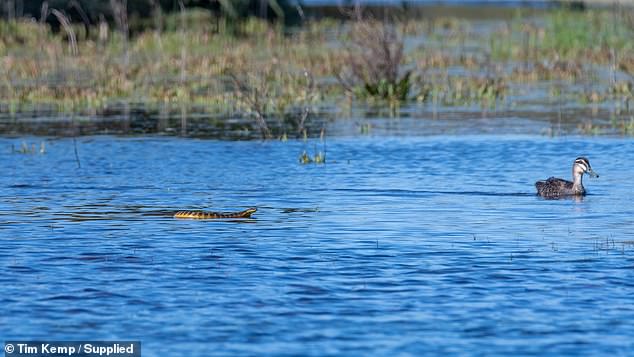 ‘I walked back to my car, thinking about how a bunch of different species of birds worked together to guide that Tiger snake away from their hangout.

‘Don’t see that every day.’

Mr Kemp said he’d had run ins with snakes before but had never seen one take to the water.

On one occasion he credited a red-cheeked wattlebird from ‘saving’ him from a Tiger snake after he nearly walked right on top of it.

‘As usual, I wasn’t paying attention to the ground. The wattlebird’s calls became louder as I approached,’ he said. 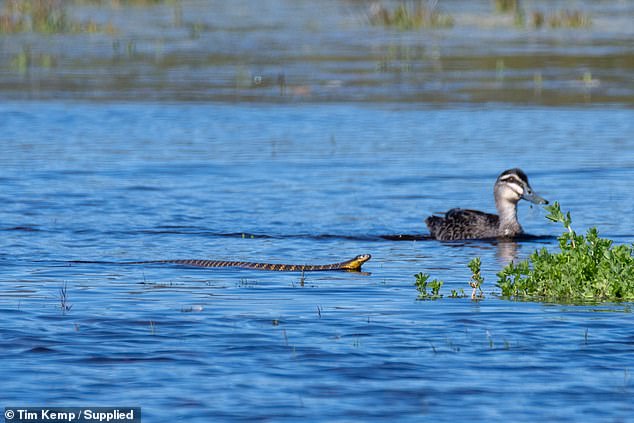 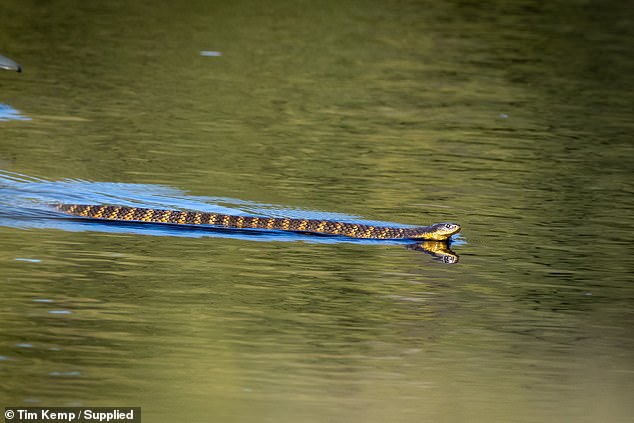 ‘When I was about two metres from the bird, it dropped off its perch and swooped down in front of me – claws and scimitar-shaped beak flashing at the Tiger snake I’d not seen. “Phew! Thanks bird!”.’

Tiger snakes are highly venomous to humans and are responsible for the second highest number of snake bites in Australia.

Bites can be fatal if left untreated and in January this year a 79-year-old farmer in Tasmania died after he was bitten several times on his leg and hand.

WHAT IS A TIGER SNAKE?

They feed on fish, frogs and tadpoles, lizards, birds and mammals

The venomous snakes can also stay underwater for nine minutes