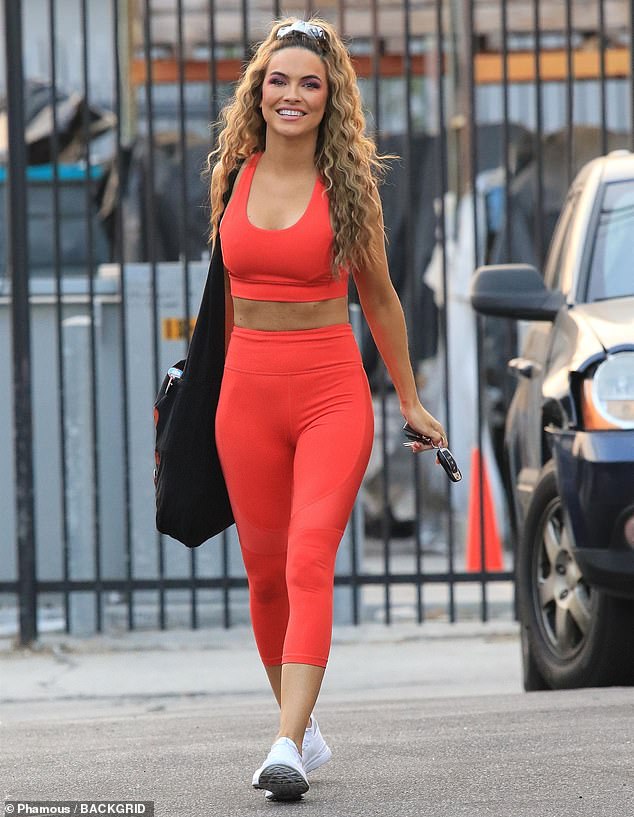 Chrishell Stause showed up to her Dancing With The Stars practice in LA in full eighties mode ahead of this week’s themed performance.

The 39-year-old competitor, rocked crimped hair and flashed her midriff in a matching red workout set, while walking to the studio.

This comes after news her Selling Sunset co-star Davina Potratz is leaving the real estate firm they both became famous at.

Eighties baby: Chrishell Stause, 39, showed up to DWTS practice on Thursday rocking a decade inspired look, sporting crimped hair and hot pink eyeshadow ahead of Monday’s themed performance. The reality star flashed her abs in a matching red workout set as she walked to the studio with partner, Gleb Savchenko, 37

Getting in the  full eighties spirit ahead of Monday’s show, Chrishell turned up the volume on her hair game, sporting a high half-ponytail full of crimped strands.

Having a little fun with her look, the reality star topped of the themed hairstyle with a silver scrunchie.

Chrishell continued to channel her inner Madonna, as she rocked dramatic hot pink eyeshadow for a flirty pop of color.

She showed off her abs in a matching red sports bra and leggings as she flashed a smile. 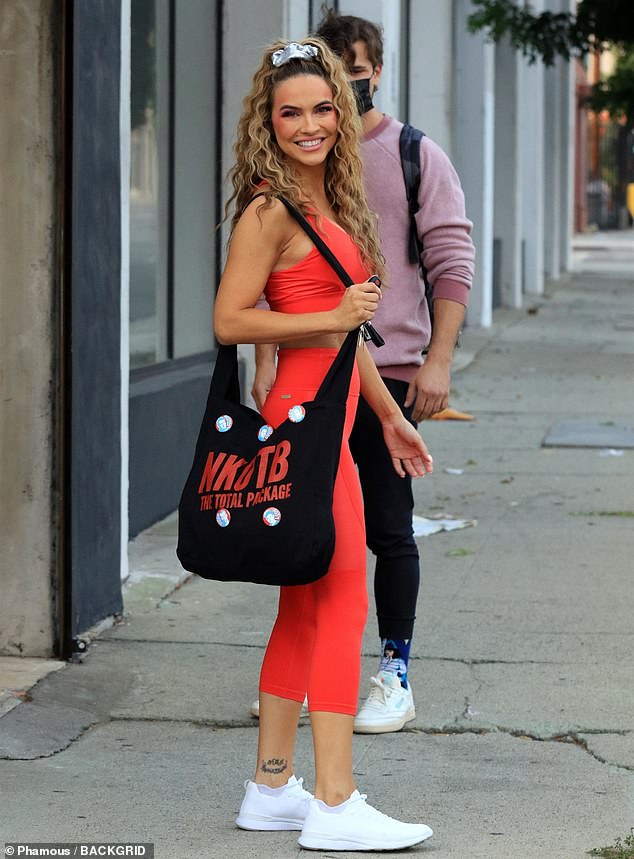 New kid: Playing up the eighties inspired look, Chrishell sported a New Kids on the Block tote bag as she flashed a smile

Keeping it comfortable for a day on her feet, she donned a pair of fresh white sneakers while appearing in good spirits.

Chrishell sported a black New Kids on the Block tote bag, showing it off for the camera, as she met up with her partner Gleb outside of the studio.

Partner Gleb, 37,  was chilled out in a pink sweatshirt and black joggers, as he threw on a pair of fun themed blue socks.

The Russian dance pro let his partner take the spotlight, as he stood behind her.

The dancing duo were seen chatting with fellow cast members Val Chmerkovskiy and Sharna Burgess, before taking to their rehearsal. 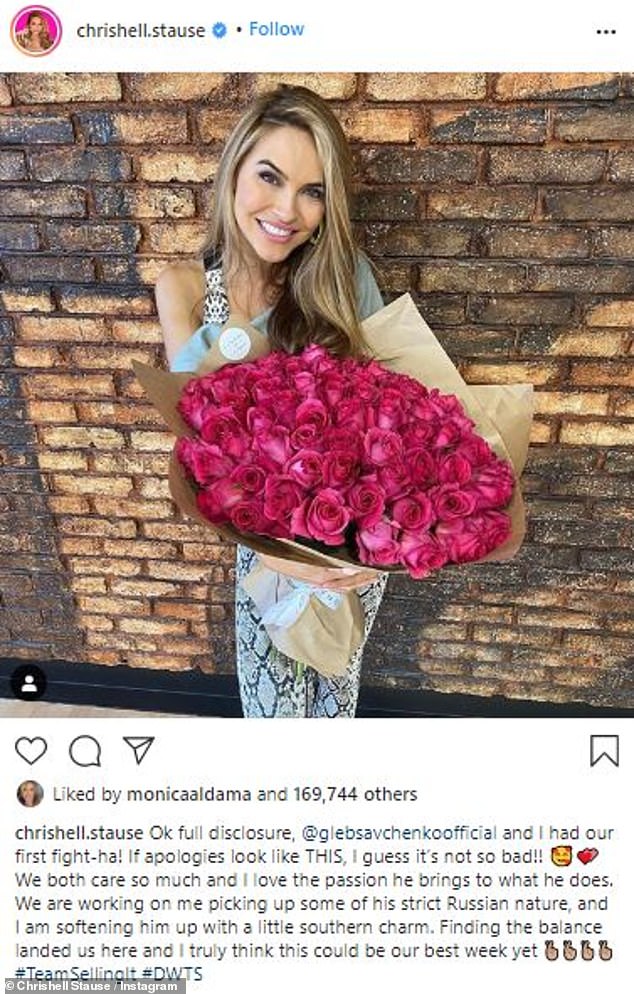 Fighting words: Chrishell revealed on Instagram that she and her dance partner, Gleb, had their first fight, as she showed off a bouquet of hot pink roses

On Wednesday, Chrishell revealed that she and Gleb had had their ‘first fight,’ as she showed off an apology bouquet of pink roses from her partner on Instagram.

She wrote that the duo were trying to blend their personalities, as she was ‘picking up some of his strict Russian nature,’ and she was ‘softening him up with a little southern charm.’

‘Finding the balance landed us here and I truly think this could be our best week yet,’ she wrote with crossed finger emojis.

The pair seem to be going from strength to strength on the dance floor, as Gleb also took to social media to praise his partner and their working relationship. 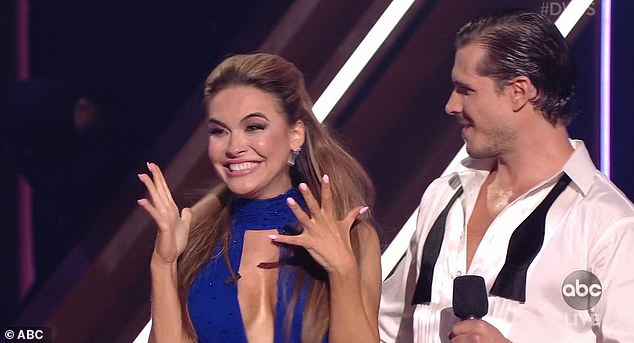 Adore: Gleb gushed on Instagram that he ‘adored’ his partner, as the pair danced the foxtrot to Harry Styles’ song Adore on Monday

‘You are one of the hardest working people I know whether it’s on or off the ballroom floor. You constantly radiate positivity and aren’t afraid to be yourself or encourage others when they need it,’ he wrote.

He continued to share in the excitement for the upcoming week as he wrote that he could not ‘wait to tackle 80’s Night.’

Chrishell and her partner continue to receive steadily increasing scores each and every week. 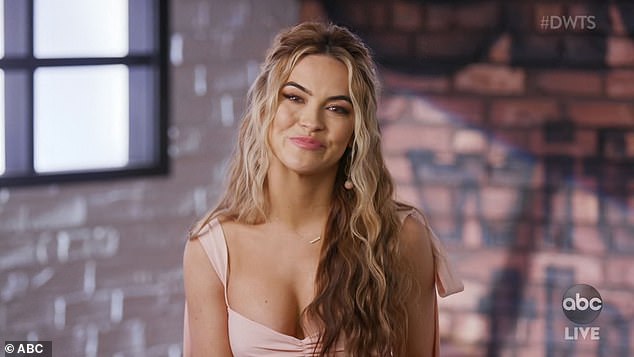 Staying strong: Chrishell and Gleb saw high scores after they danced the Foxtrot, before avoiding the elimination drama brought about by judge Tyra

On Monday, the pair avoided elimination, even after host Tyra Banks completely butchered the show results.

The new host mistakenly declared participant, and Netflix Cheer coach, Monica Aldama safe, before having to call her back to the stage after her low scoring performance.

The whole mishap sent fans fuming with some even demanding she should be ‘fired’ for the error. 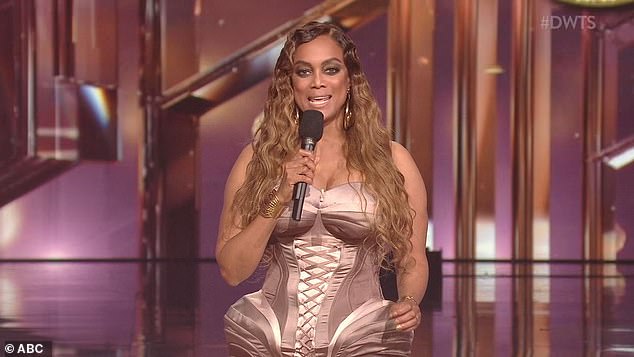 Mishap: New host Tyra sent fans fuming over her elimination mistake, as she wrongly announced a low-scoring pair as safe, before inviting them back to the stage to declare they were in the bottom

Potratz is exiting the real estate brokerage house that is the focus of the Netflix reality TV show, it was announced on Thursday.

The 42-year-old announced to People that she is moving from the Oppenheim Group to its competitor Douglas Ellman.

However she insisted that although she is parting ways with the firm she hopes she can still star on the show: ‘I certainly hope that I’m still part of the cast.’ 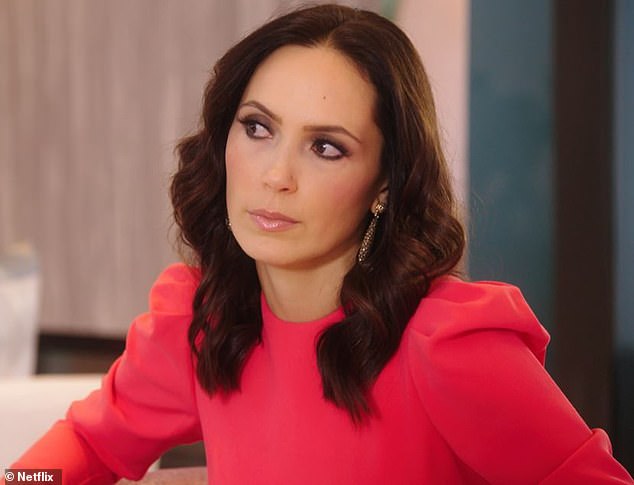 New frontier: Selling Sunset’s ‘villain’ Davina Potratz is exiting the real estate brokerage that is the focus of the Netflix reality TV show

She pointed to the example of Brett Oppenheim who is the twin brother of the company’s founder and president Jason Oppenheim.

‘Brett is not at the Oppenheim Group anymore either, so I don’t think that that’s going to be an issue at all,’ said Davina.

Although Selling Sunset star Christine Quinn told Glamour UK recently that ‘Brett has left to start his own brokerage,’ Jason has disputed this characterization.

‘Brett moving was more of a semantic change, for liability purposes more than anything,’ Jason clarified to PopBuzz.

‘He’s not starting his own brokerage, bringing on agents or competing – we still work together all the time,’ he added. 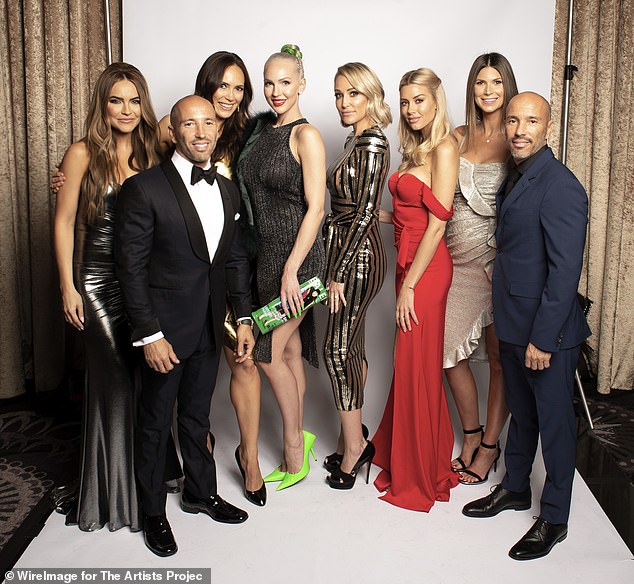 With the group: Davina said Jason Oppenheim ‘was sad but he absolutely understands’ and suspects that her other co-stars will ‘be excited and supportive’; cast pictured last June