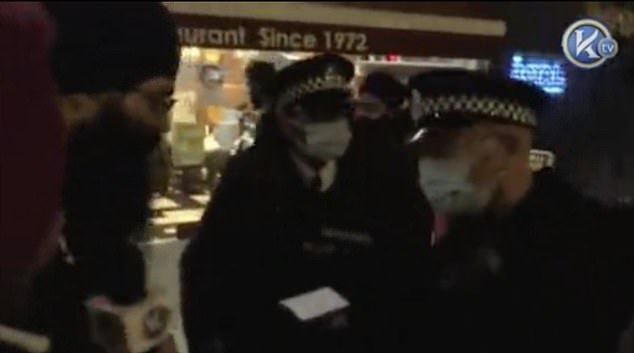 By Vivek Chaudhary For Mailonline

This is the moment a Sikh activist is fined £10,000 for breaching Covid regulations by organising a 4,000-strong protest in London to support Indian farmers.

The dramatic moment two Metropolitan Police officers confronted protest organiser Depa Singh and hit him with the fine was captured on camera.

On camera Mr Singh, 39, says: ‘For arranging a gathering under COVID restrictions, we’re standing in solidarity with our farmers in Punjab, they fined me £10,000.’

When a fellow protester asks the officers what is happening, one responds: ‘We’re not getting involved in talking to the press mate.’

Mr Singh had led the march in Southall, West London, along with a 100-vehicle convoy made up of tractors, trucks, vans and cars. 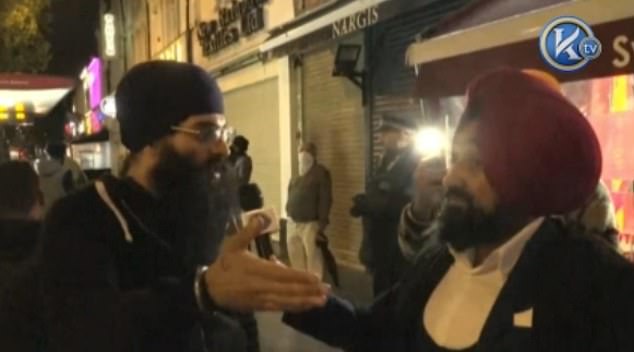 Mr Singh, 39, explains that he was given the £10,000 fixed penalty notice for organising a rally attended by 4,000 people and a convoy of 100 vehicles on the streets of London on Sunday 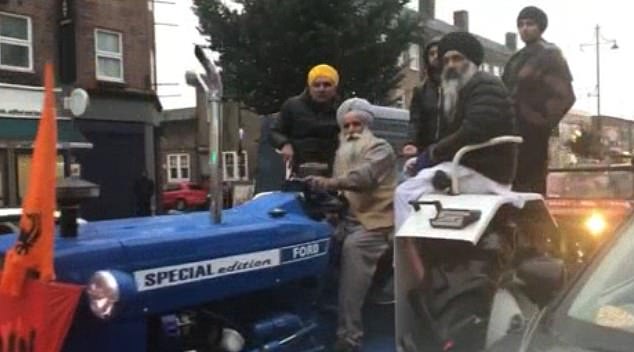 Traffic was gridlocked for several hours and pavements became jam packed with protestors and passers-by, causing pandemonium in the area.

During the exchange, he was informed by officers that he would receive the fine in the post and had 28 days to appeal.

He is one of a number of people to have received the £10,000 fixed penalty under new coronavirus laws restricting public gatherings of more than 30 people. 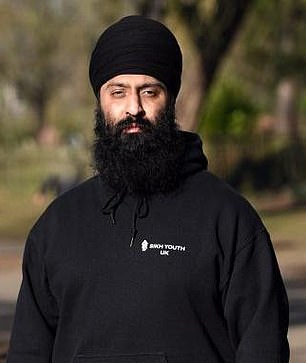 Mr Singh has 28 days to appeal the fine

And this week a 30-year-old man was fined over an illegal rave in a derelict pub where 150 revelers packed into a derelict pub in Docklands, East London.

Mr Singh told MailOnline that he has no regrets about organising the march, despite being warned by police at the start of it that he faced a fine if it went ahead.

He said: ‘£10,000 is a lot of money but if that’s what the police want to do then we’ll see what happens. I’m not sorry for anything I did, and my lawyers are looking into this matter.

‘I don’t understand why the Black Lives Matter protests were allowed to go ahead and none of the organisers were fined. This was also a political march and this issue means a lot to the Sikh community, so I want to know why we are being victimised?’

News of the hefty fine received widespread coverage in India where £10,000 is the equivalent of around ten years salary for most ordinary workers.

Mr Singh, who works for a UK based Sikh community organisation accused the police of disrupting the organisation of Sunday’s march and preventing it from taking place in a COVID-secure way.

He fumed: ‘We advised all those taking part to observe social distancing and wear face masks and even put this out on social media before the march took place. Then the police started interfering and complicated things. 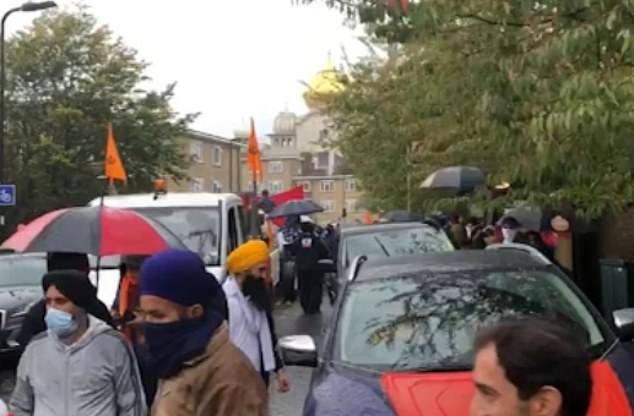 News of the hefty fine for Sunday’s demonstration (above|) received widespread coverage in India where £10,000 is the equivalent of around ten years salary for most ordinary workers

‘They spent 20 minutes warning me before it even started, by which time the crowd started building up and there was gridlock. If things did get out of control, then it is the police who are to blame because they undermined all our efforts to ensure it could take place safely.’

He added: ‘We did not put people’s lives at risk by organising this demonstration, the police did. I’m proud of what I did and would do it again.’

The demonstration was held to protest against recent reforms introduced by the Indian government which farmers there claim are against their interests.

The West London suburb of Southall has one of the largest Indian communities outside of India, the majority originating from the northern state of Punjab. Many are former farmers and are still closely connected to the country’s agricultural sector.