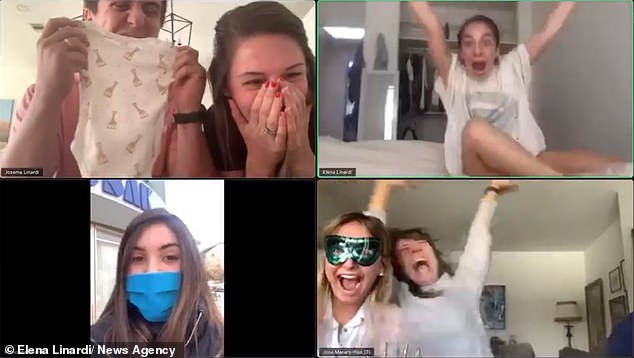 Oh baby! Adorable moment couple who haven’t seen their families all year due to COVID-19 announce they’re expecting their first child on Zoom

This is the adorable moment an emotional couple revealed on a Zoom call to their family that they were expecting a baby.

The video clip shows a four-way zoom call between Jose and Laura Linardi, from Houston, Texas, Jose’s parents and his sisters Elena and Fran.

At the start of the call Jose and Laura held up a baby outfit with enormous grins on their faces.

Joe and Laura Linardi, from Houston, Texas, hold up a baby outfit on a Zoom call with their family to announce they are going to be parents 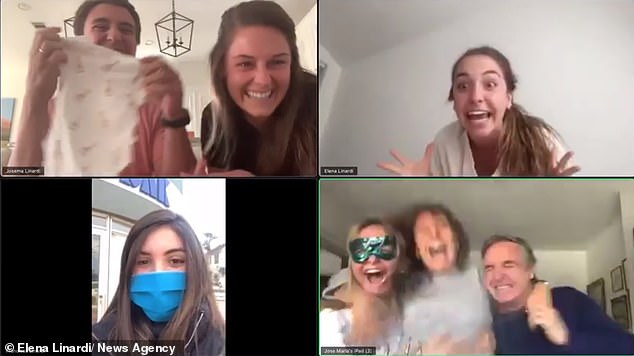 The couple had been separated from their family since January because of the coronavirus pandemic. Their family exploded with emotions when the announcement was made

Elena at first was shocked as she stared in disbelief with her mouth open, but reality hit home and she soon jumped up and started cheering and dancing around in her room.

Meanwhile Jose’s parents let loose their emotions straight away as his mother screamed and threw her arms in the air in excitement while his dad teared up with pride.

Jose and Laura have been separated from their family since January because of coronavirus restrictions.

Elena, 21, lives at her university halls in Santa Clara, California, while their parents live in Buenos Aires, Argentina. 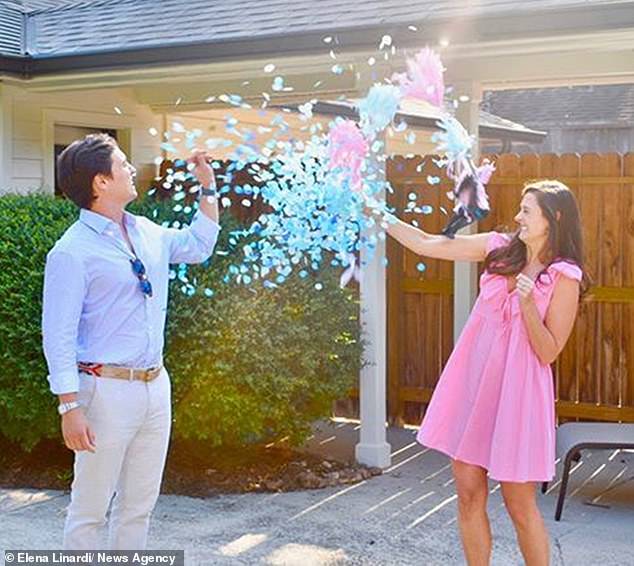 Parents-to-be: Jose and Laura (both pictured) announced that they were to be first time parents on a Zoom call 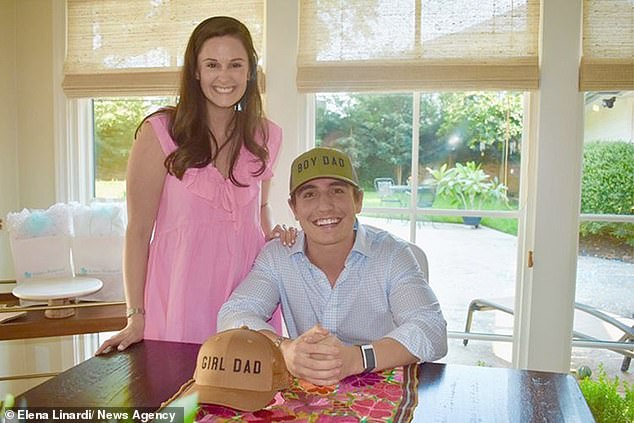 Jose’s parents live in Argentina, while his two sisters live in California and Uruguay, so the family have been apart for some time

Additionally, Fran also lives apart from the rest of the family in Montevideo, Uruguay.

This made the Jose and Laura’s announcement that they were expecting their first child even more poignant because the whole family had gathered together on Zoom.

Speaking about her brother’s reveal, Elena said: ‘They had been talking about wanting children soon, but I did not see it coming at all. 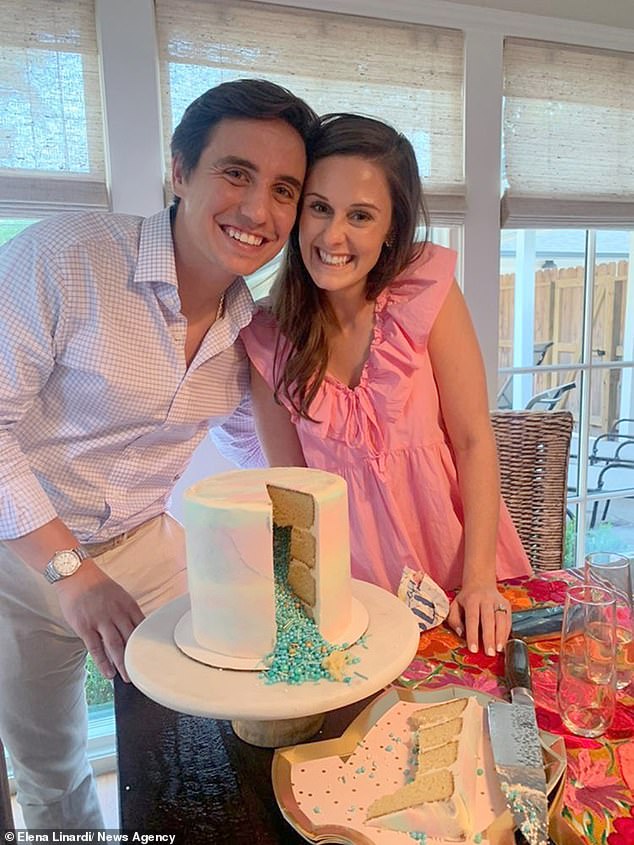 The couple had already told one of Jose’s sisters, Fran, about the news but it came out of the blue for the rest of the family

Jose and Laura’s baby is due to be born in February next year.

Elena also explained that Fran, the sister wearing a mask, had already been told the baby news which is why her reaction is more subdued than the rest of her family.

‘I had plans to see my parents and sisters in March,’ Elena said. ‘But the Argentine border has been closed since then and this is the longest my family has been apart.

‘It has definitely been very hard on us, which is why the pregnancy announcement has been the best of news.’