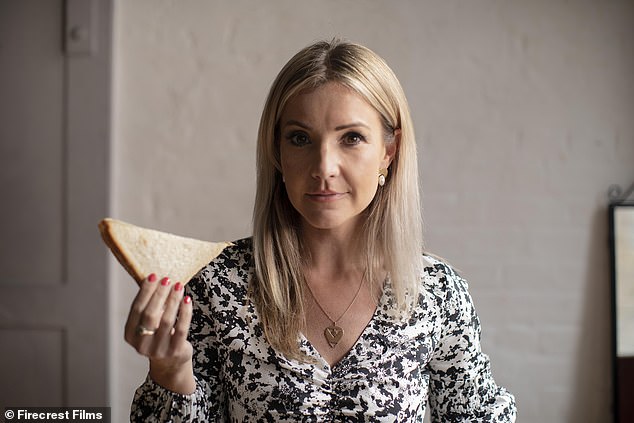 A shocking 33% of the meat inside shop-bought sandwiches is untraceable, while Greggs’ chargrill chicken rolls contain 224% more sugar than stated, Dispatches has revealed.

As part of Channel 4’s The Truth About Your Sandwich, presenter Helen Skelton investigated what ingredients go into high street sandwiches as well as the hygiene conditions at stores and factories.

She spoke to a food researcher who revealed that nearly a third of meat in sandwiches cannot be traced back to its source, leaving the consumer unable to judge whether it was raised according to high animal welfare standards.

As part of Channel 4’s The Truth About Your Sandwich, presenter Helen Skelton investigated what ingredients go into high street sandwiches

The researcher, called Mark, told the programme: ‘We spent a fair old period of time researching where the meat was coming from, looking at packets, internet-based research, talking to the retailers, and we couldn’t find that information for 33% of sandwiches based on all of those things.

‘We also spoke to the retailers and they said, ‘Well we know where the meat is coming from’, but what does that mean to the consumer?’

Ask why this mattered, Mark answered: ‘I think it’s a concern because if the retailers aren’t even telling you which country it’s coming from, they’re certainly not telling you how it’s produced, were the animals living in higher animal welfare conditions?’

By law, manufacturers are required to provide a breakdown of the nutritional content of all pre-packaged foods.

When testing was carried out on high-street brand sandwiches a number of differences were found in the amounts of advertised salt, fat and sugar figures across a range of sandwiches.

On the brand’s website the sandwich is meant to have 3.7 grams of sugar, but the lab test showed 12 grams. 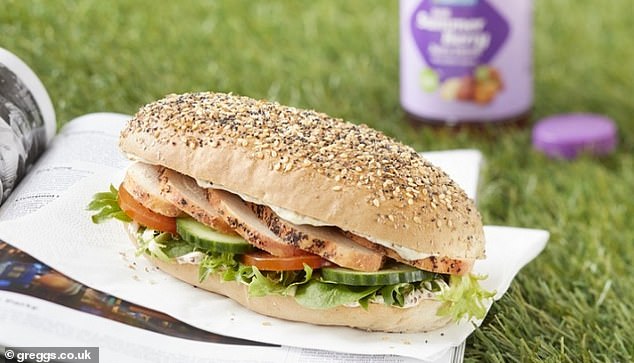 Dietician Bahee Van de Bor told the show: ‘For the general person… say you only have the Greggs sandwich every now and then that’s okay.

‘However, people with diabetes and children with diabetes that difference in sugar is quite a bit, particularly if you tend to buy that sandwich quite regularly during the week.’

Greggs said: ‘We are investigating this and have asked Channel 4 to provide further details.

‘Quality control is important to us and something we take very seriously, which is why we regularly evaluate nutritional content in all our products.’

The show also looked into hygiene conditions at Subway sandwich shops, which found the chain had 10 branches rated just one star.

Food safety consultant Sylvia Anderson said: ‘The key issues we’re finding here is that food has been found past its use by dates which is a safety issue, they’ve got mouse droppings all over the place, including the public toilets and staff toilets, the staff toilets are deemed as disgusting. They should have been shut down.

‘The problem should have been looked at. They should be sorted out and then they should be re-inspected and then if everything is okay re-opened for the public.’ 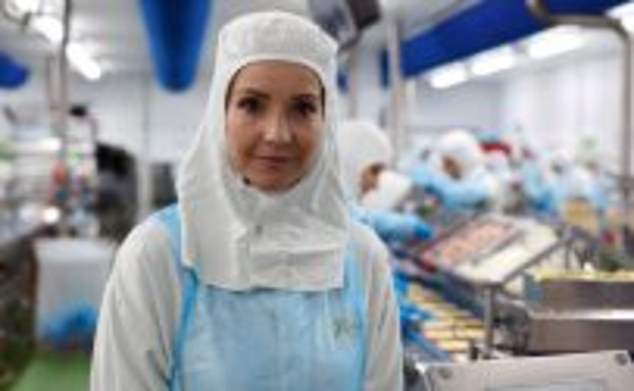 Skelton visited factories – including the one pictured – to examine hygiene conditions

The investigation also found that one Subway branch in London was given a zero-star rating and environmental health officers made the shop close its doors.

It was later re-inspected and given a four-star rating, but another Subway branch in York has now been given a zero-star rating.

Ms Anderson commented: ‘It’s easy to see there is just a lack of care within the franchises. I’ve got no confidence in Subway, and I wouldn’t go there to get my sandwich.’

Subway told the programme: ‘All Subway stores are owned and operated by independent Franchisees and it is their responsibility to meet a food safety requirements.

‘However, it is extremely important to the Subway brand that all of the stores operate to the highest standard of cleanliness and hygiene.

‘We have investigated the findings and can confirm that the two London stores ice machines have been maintained and the correct cleaning procedures are undertaken regularly.’

The Truth About Your Sandwich is on Channel 4 at 8pm tonight.