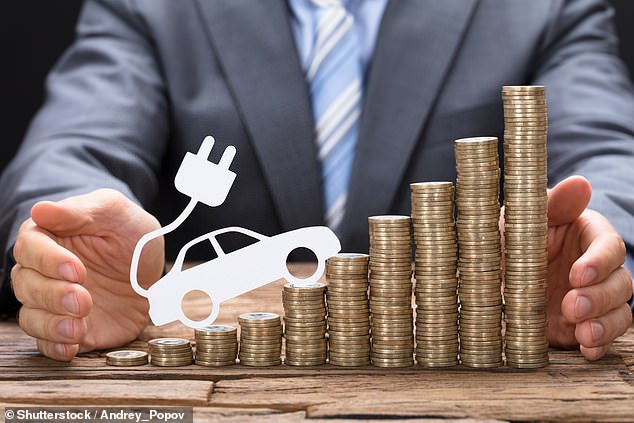 With electric car demand booming in 2020, more drivers than ever before are contemplating making the switch to vehicles that need to be plugged into the grid.

However, with the price of battery electric vehicle and plug-in hybrids still at a premium over a petrol or diesel alternative, motorists will want to make sure the models they invest in will keep hold of their value for the foreseeable future.

With the help of car valuations experts cap hpi, we have revealed the list of the slowest depreciating electric and plug-in hybrid models to help drivers make an informed choice when switching to greener vehicles.

Value-retaining EVs: This is Money has teamed up with cap hpi to tell buyers which cars are likely to see them hold onto more of their initial investment

Using cap hpi’s data, we have listed below the top 10 models that depreciate slowest after three years and 30,000 miles.

More recent electric cars are missing from this list, with the likes of the Kia Niro, Hyundai Kona and Volkswagen’s latest ID.3 deemed too new to include in the data (as they haven’t been on the market for three years). As is the Tesla Model 3, which could easily top this list.

All eligible model prices are inclusive of the taxpayer-funded Plug-in Car Grant, which shaves £3,000 off the list price of pure-electric cars under £50,000. 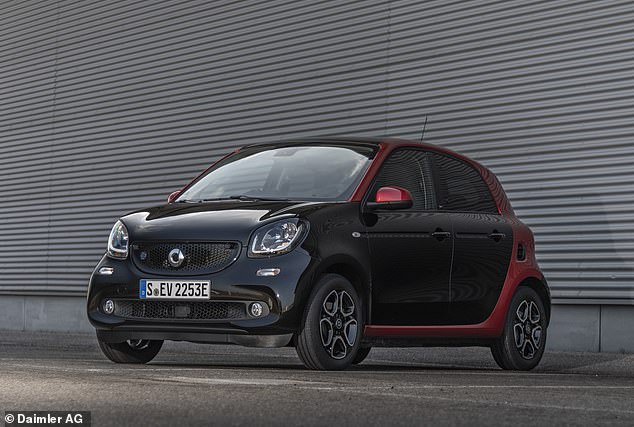 The Smart ForFour EQ squeezes into this list, despite shedding more than half its value in the first 3 years

The largest car in Smart’s range is the four-seat ForFour, which shares platforms with the Renault Twingo.

It has a claimed range of just 68 miles, making this a model that’s strictly for use in the city. What Car?’s Real Range measurement – which is taken during road testing – says it is closer to 57 miles.

The electric ForFour loses over half its value after three years of ownership and an average of 10,000 miles annually. 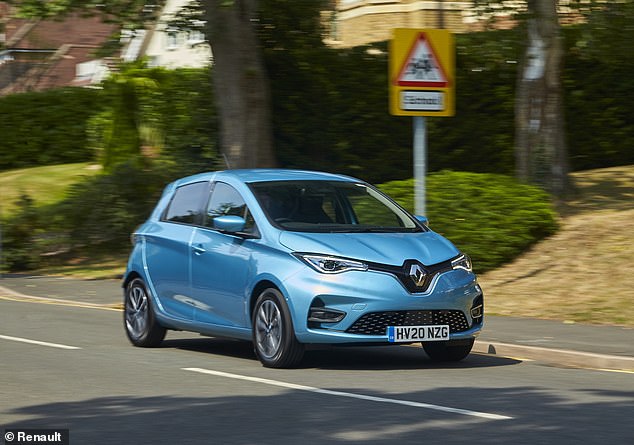 The Renault Zoe is widely considered one of the better compact EVs on the market today. But cap hpi data suggests they depreciate at a more rapid rate than rivals

We were surprised to see the Zoe languishing down in joint ninth spot in this list, given that it has up to a 292-mile claimed driving range and is one of the best small EVs on the market right now.

That said, the new price is pretty steep for such a compact model, which might partly explain why value does hold as well as other cars in this list.

With 56 per cent of the original value gone in three years, buyers of new models can wave goodbye to over £15,000 of their investment. 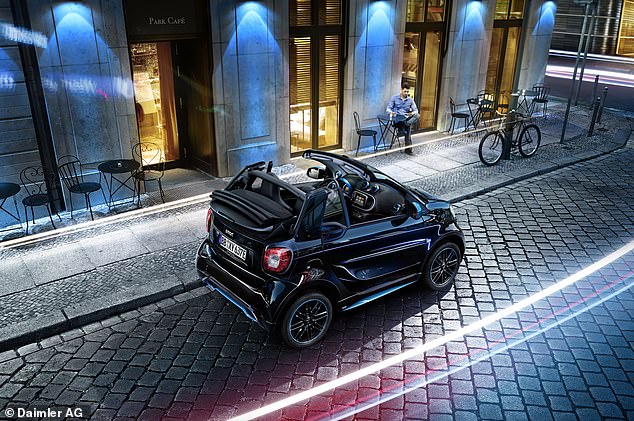 The Smart ForTwo is aimed at those living in the city. With a maximum range of 59 miles, you won’t want to venture to far from the metropolis

If you want a practical electric car, this isn’t it. With just two seats, a tiny boot and a convertible roof, the Smart EQ ForTwo Cabrio ticks the boxes that UK motorists usually don’t want.

However, it still holds its values well – and even better than the hard-top coupe version.

The claimed range is 70 miles, though What Car? says real-world driving sees that drop to 57 miles. 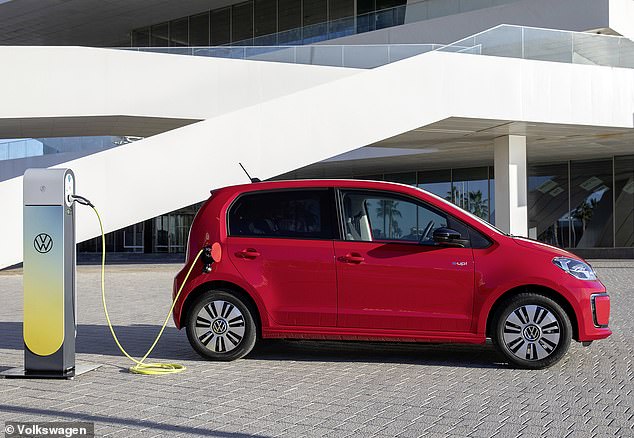 If you spend the best part of £20,000 on a VW e-Up, you can expect to see just over half of that disappear when it comes time to sell up or trade it in after 3 years

The e-Up is the smallest electric car Volkswagen has built. It combines compact dimensions, an up-market interior – by city car standards – and more than enough range to zip around town for a week without needing to plug it in, hence the relatively good resale value after three years.

While VW says it should be able to cover 83 miles between charges, What Car? reckons the reality is closer to 66 miles.

With the launch of VW’s dedicate range of electric cars under the new ID banner – so far including the ID.3 and ID.4 – the e-Up won’t be around for long. 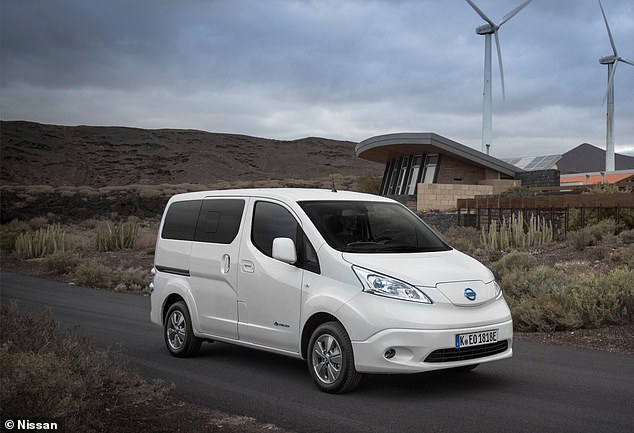 If you have a big family and need an MPV, there’s little choice on the market other than the e-NV200 and astronomically expensive Tesla Model X

If you’re in the market for a large MPV with electric power, your choice is pretty limited.

In fact, apart from the Tesla Model X, the e-NV200 Combi is just about your lot, with a cabin that will seat seven and an official range of up to 187 miles.

With not much competition on the market in this segment, the e-NV200 commands pretty strong resale values, retaining 47 per cent of its original value after 36 months of ownership. 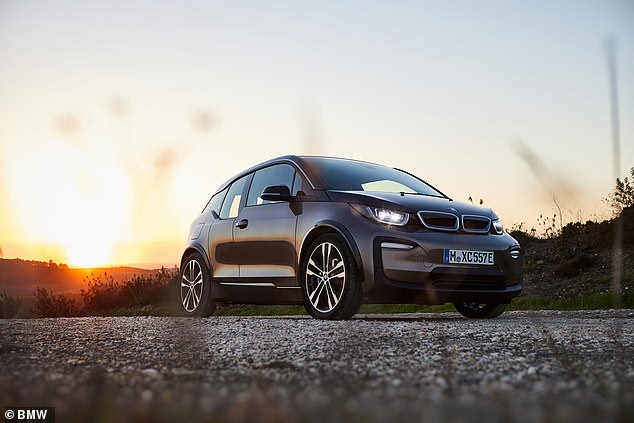 The i3 has been on the market for 7 years, but is still in high demand among second-hand buyers, which in turn is keeping values strong

Given that the BMW’s i3 has been on the market since 2013, the boxy EV is still commanding strong resale values.

Quirky looks, a funky – and mostly recycled – interior and a battery range of up to 188 miles means there’s still plenty of demand for the compact Beemer on the second-hand market.

As a result, versions are holding almost half of their value after three years, which is a good return. That said, new prices for a car this small are still pretty steep, even by electric vehicle standards. 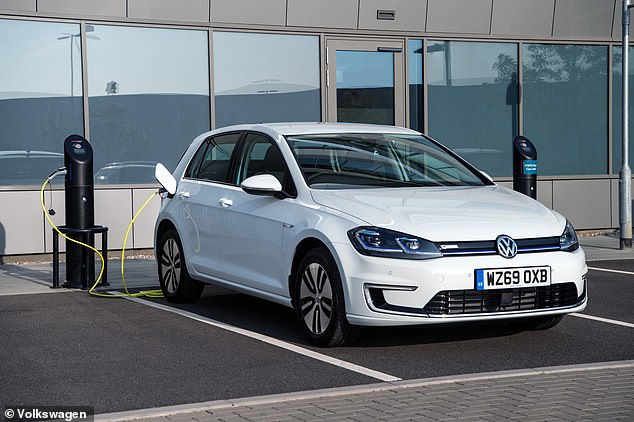 There’s plenty of demand for the e-Golf, despite it being discontinued and replace with the purpose-built ID.3 electric Volkswagen

With the new VW ID.3 arriving in the UK last month, it means the previous-generation e-Golf is disappearing from dealers – and the chances of getting your hands on a new one today are pretty slim.

Based on the Mk7 Golf hatchback, which has recently been superseded by the eighth version, it is a retro-fitted EV with almost all the practicalities of a conventional small family car. VW Claimed a range of 186 miles, though What Car? found it to be significantly less, measuring it at 117 miles.

Plenty of used buyers want them, which is why they hold more than half of their value after 3 years. 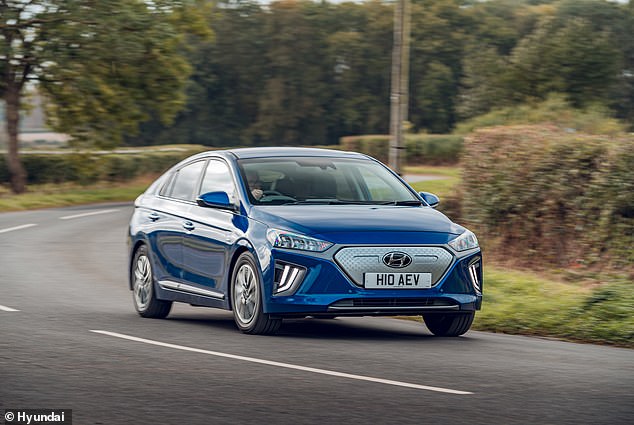 Roomy, practical and competitively priced in dealers; it’s no surprise that the Hyundai Ioniq holds more than half of its original value after 3 years, on average

The Ioniq is Hyundai’s multi-purpose green car – available as a conventional self-charging hybrid, a plug-in hybrid or a fully-electric version, which is the model here.

The range is a claimed 193 miles, though when What Car? tested an early model, it found 117 miles would be more realistic – though expect higher than that if you’re buying one new today.

Roomy, practical and competitively priced compared to family-car rivals with electric motors, there’s no surprise it’s one of the slowest depreciating EVs after 3 years. 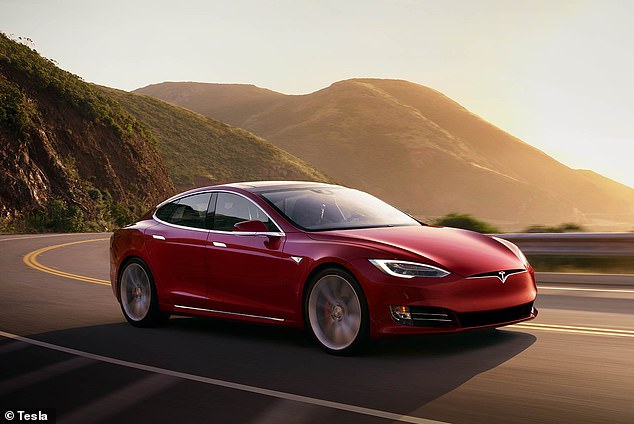 In comes as little surprise that the Tesla Model S is near the top of this list of slowest depreciating EVs. They are the electric cars most in demand, which is keeping resale values high

There’s no shock that Teslas are holding their values better than any other electric car on the market in the last three years. The Model S is the car that really put the US firm on the map, and remains the electric family saloon model to be seen in for maximum eco-car cred.

Current models have claimed ranges up to 379 miles, with next-year’s tri-motor Plaid version promising over 520 miles – if you’re willing to fork out over £130,000 on one. The reality is somewhat shorter than these claims, but still impressive all the same.

This combination of desirability and performance means the average Model S retains 55 per cent of its value after three years. That means it still ships 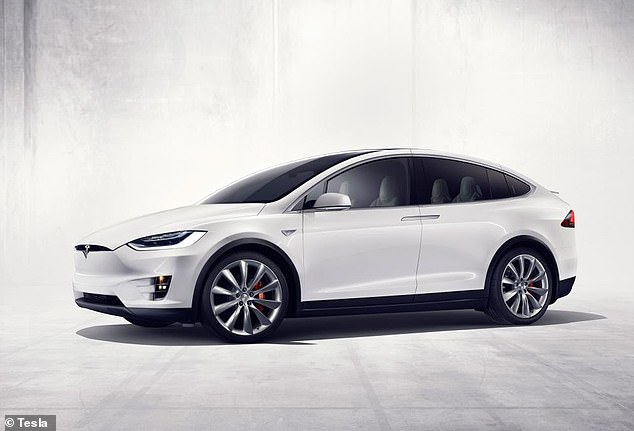 The Tesla Model X holds 57% of its original value after 3 years and 30,000 miles of ownership, according to cap hpi

Top of the value retaining list is the Model X, which is the slowest depreciating electric car in the previous three years.

Cap hpi says they hold 57 per cent of their original value after three years – though high purchase prices still means owners are shipping over £35,500 in that period.

The most affordable version – the Long Range – has a claimed range of 314 miles and can be specified with five, six or seven seats. If customers want the maximum carrying capacity, a seven-seat layout costs an extra £3,400. Six seats is more expensive – an additional £6,300.

According to the latest official vehicle registration stats, sales of battery electric vehicles are up 165 per cent so far this year.

Three times as many pure EVs have been bought by Britons in the first nine months than it the entirety of 2019, with surging demand seeing many car makers struggling to keep up with orders.

For those who don’t want to fully commit to cars that are 100 per cent electric powered, plug-in hybrids are a stepping stone from petrol and diesel ownership – though new ones will be banned from sale at the same time as internal combustion-engined motors in around a decade’s time.

Still, dealers have seen orders for this type of vehicle rise by 84 per cent so far this year – a clear sign that Britain’s car parc is making its first significant steps towards more eco-friendly motoring.

Recent studies have also claimed that electric family vehicles on sale today are now around £130 a month less expensive to own than a comparable car with an internal combustion engine, thanks to a combination of factors including lower ‘refueling’ costs, smaller maintenance bills and much slower depreciation.

However, cap hpi, which tracks the values of cars, says there is a big difference in value retention for electrified models.

Chris Plumb, the firm’s resident EV expert, told This is Money: ‘The value of a used electric or hybrid vehicles depends on a few factors. The high cost new of some models, when coupled with limited new car production over the past few years, can translate into reduced volumes entering the used car market, which helps to protect values.

‘Also, we have seen healthy growth in demand for used alternatively fuelled vehicles from consumers, which has also contributed to some models holding their value as the supply and demand are evenly matched.’

According to Octopus Electric Vehicles, the surging registrations of electric cars this year is partly down to the number of leases on zero-emission motors almost doubling since the government launched generous new tax incentives in April.

For instance, a higher rate taxpayer can currently lease a Tesla Model 3 Standard Range Plus for 48 months for an average of £342 a month with zero upfront cost, including insurance, all servicing  and maintenance, and even tyre replacement.

A similar combustion vehicle – an Audi A4 TFSI for example – would cost around £394.86 per month on a personal lease for the vehicle alone.

‘The impact of the last six months has been staggering,’ says Fiona Howarth, chief executive of Octopus Electric Vehicles.

‘Changes to Benefit in Kind tax have been a financial game changer for EV leasing. Add this to brilliant electric cars hitting the market and huge savings on running costs versus petrol cars, and EV’s are a total no brainer.

‘It’s no wonder then that we are seeing a huge boom, with the number of companies ordering EVs via our salary sacrifice scheme growing five-fold since April.’