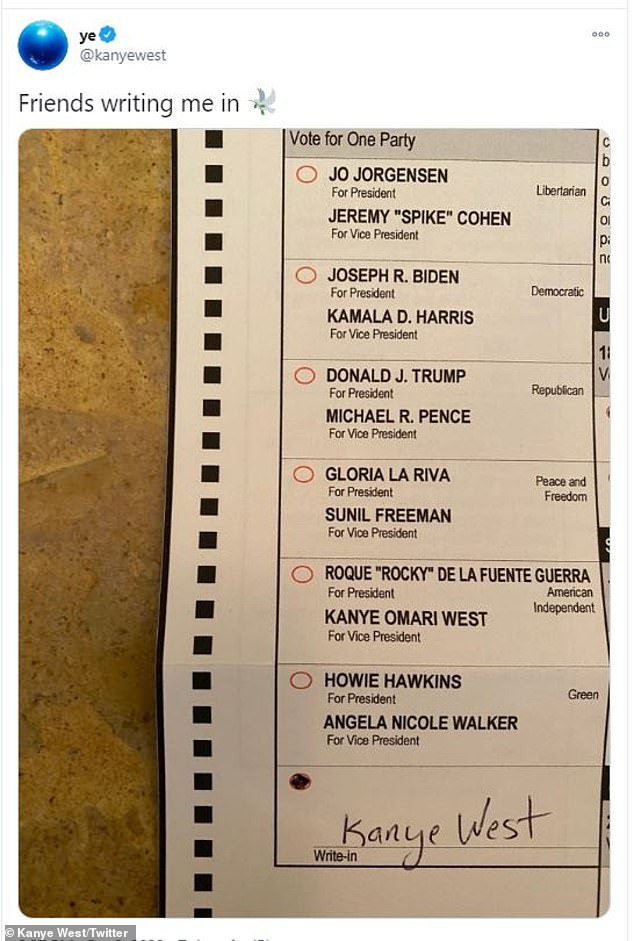 ‘Friends writing me in’: Kanye West shows off ballot he’s listed on and written in amid presidential bid

Kanye West took to Twitter on Thursday showing off a ballot where he’s written in amid his presidential bid.

He shared a shot of a ballot on which he’s listed for the American Independent Party as a vice presidential candidate alongside his running mate, De La Fuente car dealerships proprietor Roque ‘Rocky’ De La Fuente Guerra.

The Grammy-winner wrote, ‘Friends writing me in,’ on the ballot, in which he was written in as a presidential candidate.

The latest: Kanye West, 43, took to Twitter on Thursday showing off a ballot where he’s written in amid his presidential bid

According to TMZ, West was named a vice presidential candidate in the Golden State, as American Independent Party Vice Chairman Markham Robinson said the rapper was nominated to the post in August as a strategic move to boost votes. The move was made without consulting West and De La Fuente Guerra.

De La Fuente told the outlet he was unlikely to win or finish second to President Donald Trump or Vice President Joe Biden, but hoped their ticket could finish third.

West revealed he was running for the Oval Office July 4.

‘We must now realize the promise of America by trusting God, unifying our vision and building our future,’ the Runaway singer said in a tweet. ‘I am running for president of the United States Flag of United States! #2020VISION.’ 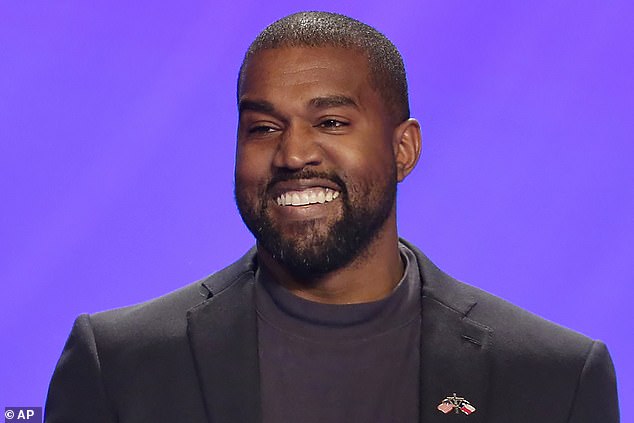 West was named a vice presidential candidate in the Golden State, according to the American Independent Party 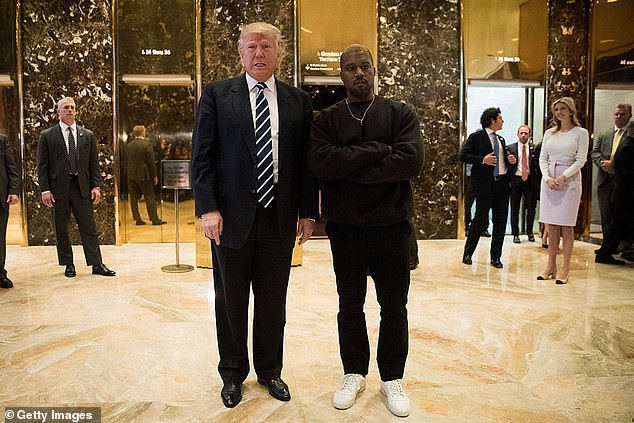 When he was asked by Forbes if he entered the race for attention – or to to help the vote in favor of his friend Trump – West said, ‘That is a form of racism and white supremacy and white control to say that all Black people need to be Democrat and to assume that me running is me splitting the vote.’

He noted that ‘all of that information is being charged up on social media platforms by Democrats.’ 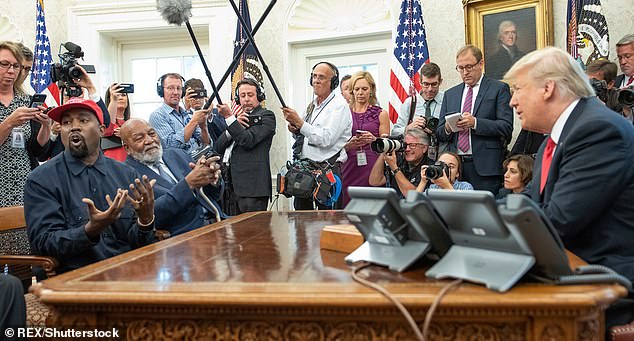 Speaking out: West made headlines for his open chat with Trump in the Oval Office in October of 2018

West earlier this month send kind regards to President Donald Trump and First Lady Melania Trump after they announced they were both diagnosed with coronavirus last week.

‘There’s a crying need for civility across the board. We need to and will come together in the name of Jesus,’ he said. I’m praying for President Trump’s and Melania’s full recovery, just as I would for Joe and Jill Biden if they were stricken, as well as everyone else with COVID-19.’