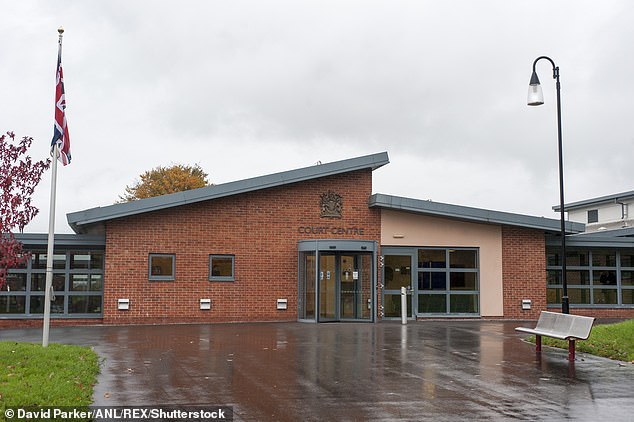 A high-ranking Army officer was today convicted of sexually assaulting a colleague’s wife by squeezing her bottom while she was at hospital with her severely injured son.

Lieutenant Colonel Gordon Edwards was standing in a queue at the hospital’s coffee shop when he ‘tried his luck’ and thought he could ‘get away with a quick grope’.

The respected officer, 59, ran his hand down her back, then ‘over her left buttock, and squeezed her right buttock’ at Bristol Children’s Hospital.

The horrified woman, who had been friends with Lt Col Edwards due to her husband’s working relationship with him, told a court martial he attacked her when she was ‘at her most vulnerable’.

She was left stunned ‘someone of that stature’ would molest her while her husband was upstairs by the bedside of their critically ill son, who had been in an accident.

Beverley Limbrick insisted she was ‘proudly’ standing by her boyfriend of six years Lieutenant Colonel Gordon Edwards who has been accused of groping a colleague’s wife, Bulford Military Court in Wiltshire heard

Today, at the end of a three-day trial at Bulford Military Court, Wilts, Lt Col Edwards was convicted of one count of sexual assault by a panel of five officers who took 95 minutes to reach their verdict.

Lt Col Edwards maintained a blank expression but clenched his hands as the president of the board read out the guilty verdict. His partner of six years, Beverley Limbrick, also showed no emotion.

Lt Col Edwards’ victim, supported in court by her Army officer husband, burst into tears at the verdict.

Prosecutor William Peters had told the trial: ‘The prosecution’s case here is all about the defendant taking a liberty with the wife of a colleague by intentionally squeezing her buttock in highly inappropriate circumstances.

‘While queuing [for coffee], Lt Col Edwards took that liberty. While standing side by side, he ran his palm across the small of her back, over her left buttock, and squeezed her right buttock.

‘She was wearing black leggings and felt every move. It was a deliberate touch. 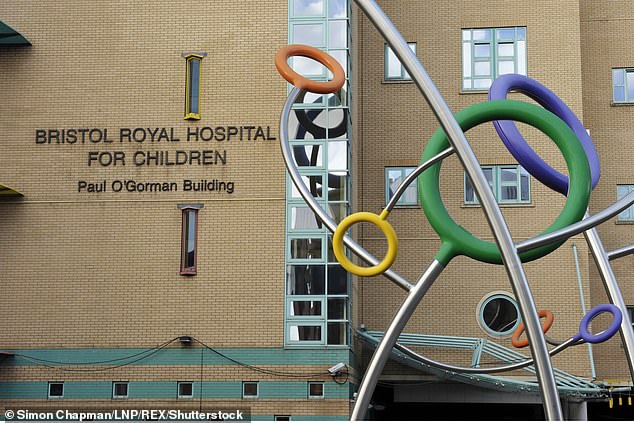 The court martial has heard Lt Col Edwards, 59, ‘tried his luck’ with his colleague’s wife by groping her right buttock while she was at Bristol Children’s Hospital with her seriously injured son

‘Feeling shocked and angry, she took a pace away from him. They went back to the ward and when the opportunity arose she told her husband what had happened.

‘When Lt Col Edwards came back, [the husband] asked him what he thought he was up to. Lt Col Edwards brushed it off and said ‘sorry mate I didn’t mean to do it’.’

Mr Peters said the married couple were ‘angry and confused’, adding: ‘They already had a lot on their plate with their son being in hospital.’

He also said: ‘This was Lt Col Edwards trying his luck in the hospital thinking he could get away with a quick grope. She saw his actions for what they were.’

The woman, who can’t be named for legal reasons, told of her shock at being molested.

She said: ‘We were standing waiting for coffee and he ran his hand across the small of my back from left to right, down on my right bottom cheek and squeezed.

‘It was a proper grope on my bottom… I was completely and utterly shocked.

‘I was at my most vulnerable, my son had nearly been killed. It was not like I was at a party having a good time.

‘I couldn’t believe someone of that stature would do that at that time. My son was critically ill, I was in disbelief.’

The incident caused ‘tension’ between Lt Col Edwards and the husband at work, and months later the husband had two ‘outbursts’ towards him.

The husband admitted in court he ‘chickened out’ of reporting the incident within the Army and his wife, who said he ‘100 per cent let me down’ by failing to do so, ended up reporting it herself five months after.

Lt Col Edwards claimed the grope never happened and argued the wife only reported it as her husband faced losing his job due to an investigation into his outbursts.

Miss Limbrick, wearing a blue jacket and skirt, said: ‘He is the most caring, honest, loyal and loving man I have ever met.

‘He’s my soulmate, my rock, and has supported me with intense love. I cannot imagine a more dependable or more dedicated man.

‘In every sense, he’s my officer and gentleman and I’m blessed to share my life with him.’

Lt Col Edwards, of the Defence School of Electronic and Mechanical Engineering at MoD Lyneham, Wilts, will be sentenced at a later date.