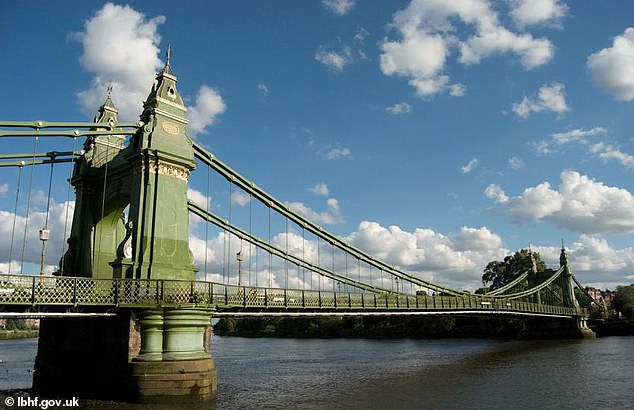 Ministers are steaming ahead with plans for a ferry service to shuttle passengers across the River Thames while Hammersmith Bridge repair works drag on.

Londoners have been aching for a replacement since the bridge’s closure in April 2019 when they were forced to use other crossings further down the river.

Exhausted with clogged up roads and longer travel times, MailOnline revealed that parents at the £39,000-a-year St Paul’s school were taking their children between the banks on small boats.

The Port of London Authority ordered them to stop, but a Government taskforce is now drawing up a blueprint for a ferry run by TfL.

Last night the Department for Transport said it was committed to implementing a solution for pedestrians and cyclists by early next year at the latest.

Chaired by transport minister Baroness Vere of Norbiton, the fourth meeting of the group is also mooting emergency stabilisation works to the bridge. 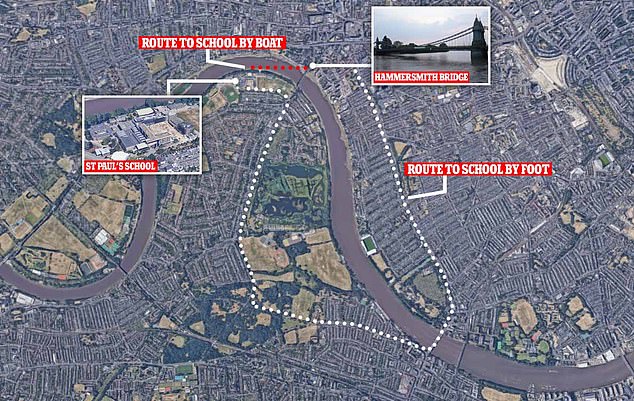 Exhausted with clogged up roads and longer travel times, MailOnline revealed that parents at the £39,000-a-year St Paul’s school were taking their children between the banks on small boats

‘All work is aimed to allow Londoners to quickly and safely across the river. We are committed to this being in place as soon as is possible and by early 2021 at the latest.’

It is unclear what form the ferry will take, but a source said it would have to be a ‘serious licensed craft’ capable of fighting the area’s strong tides.

The source added that its exact location had not yet been fleshed out but it would need to be somewhere with good links on the land.

It recently emerged that it will be at least nine months before £46million of work can make Hammersmith Bridge safe again for cyclists and pedestrians.

It could cost as much as £163million and take two years for cars to get back to using it.

Hammersmith Bridge has become a political swingball, with both Conservatives and Labour Mayor Sadiq Khan batting responsibility back to the other for failing to fix it. 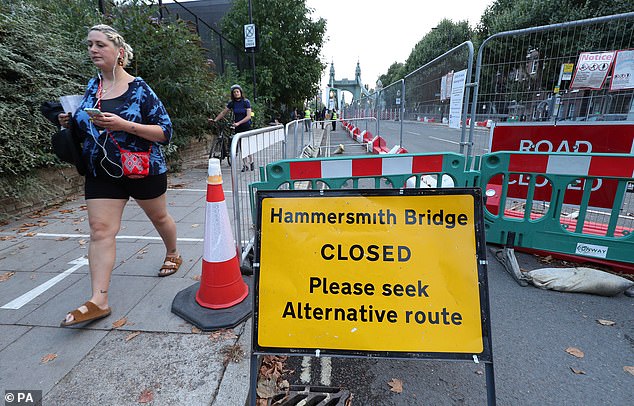 In a blazing war of words last month, Tory London Assembly member Tony Arbour told the Mayor he should ‘man up’ and take ownership of the problem because he had caused an ‘existential crisis’ for local businesses.

Mr Khan hit back: ‘It’s not an issue of “manning up,” it’s a question of the Government stepping up and providing the funding so desperately needed by residents and businesses.’

The Mayor has also come under fire for gumming up London’s road with new ‘Covid-friendly’ traffic-calming measures and schemes to fine motorists, as well as wide cycle lanes.

Bridge closures have blighted London in recent months. In August Tower Bridge caused gridlock as it closed for 48 hours after it suffered ‘technical issues’ resulting in the iconic structure remaining in the upright position.

Vauxhall Bridge and London Bridge also cause tailbacks when they closed for urgent repair work.

Last night’s taskforce was attended by London Boroughs of Hammersmith and Fulham and Richmond upon Thames, the Greater London Authority and the Port of London Authority to thrash out a solution. 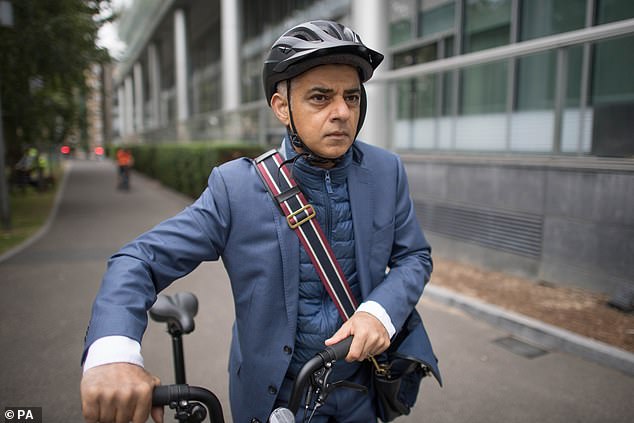 Hammersmith Bridge has become a political swingball, with both Conservatives and Labour Mayor Sadiq Khan batting responsibility back to the other for failing to fix it

Ms Skelley said: ‘The taskforce discussed the impact of the closure of the River Thames and the urgency of re-opening the river as soon as it is safe to do so.

‘Urgent work has begun, involving the Port of London Authority, with the aim of completing the risk assessment by November at the latest.

‘Meanwhile Professor Norman Fleck, a fracture mechanics and materials expert advising the taskforce, has already held constructive conversations with engineers – he will continue to do so to further progress plans for the bridge’s re-opening.

‘As a group, we continue to work tirelessly to identify the issues, solutions and timelines for re-opening the bridge and will provide more information on these in due course.

‘The taskforce is fully aware of the high level of public interest in the work of the taskforce and are grateful for the constructive suggestions which have been forthcoming from both groups and individuals.