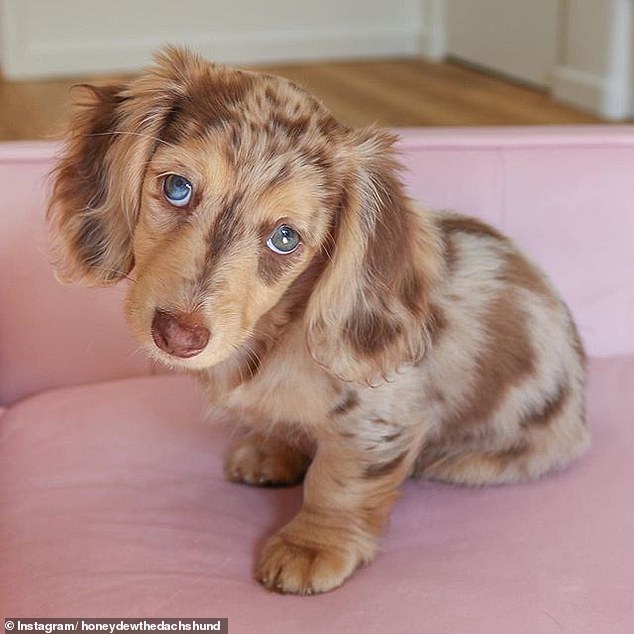 This precious dachshund puppy has become a social media star thanks to her adorable looks.

Heather is often stopped by people on the street who comment on Honeydew’s attractive chocolate and cream dapple coat. 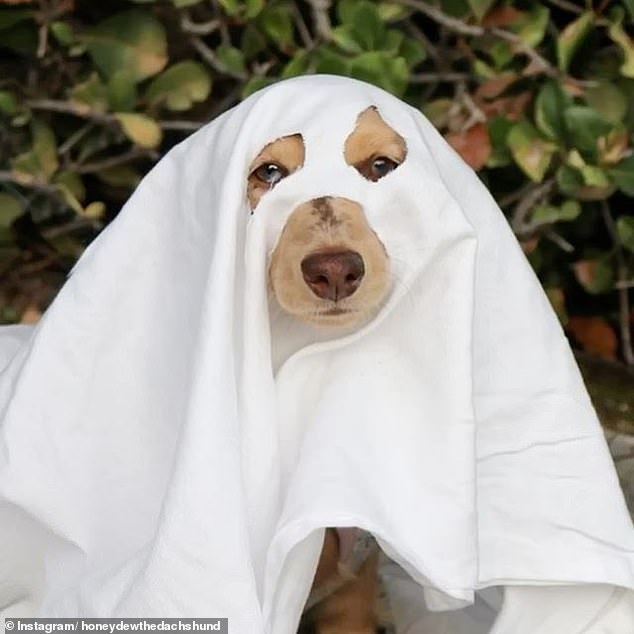 Boo! On Honeydew’s Instagram account she is often seen dressing up in various costumes, such as a ghost (pictured) 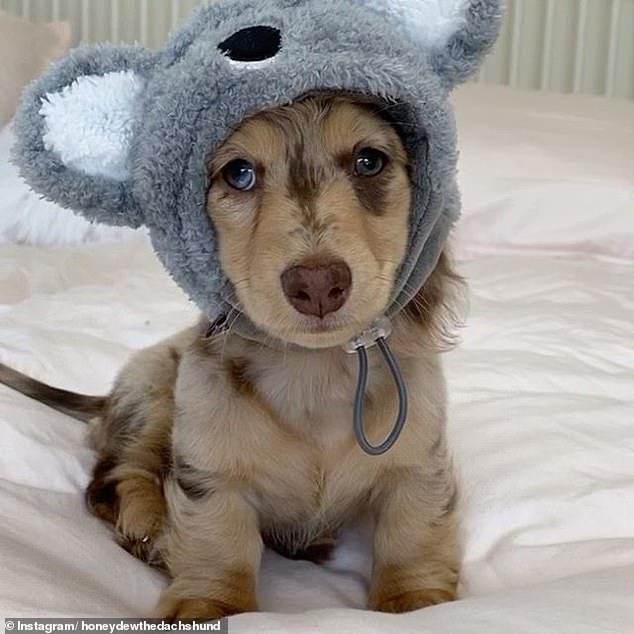 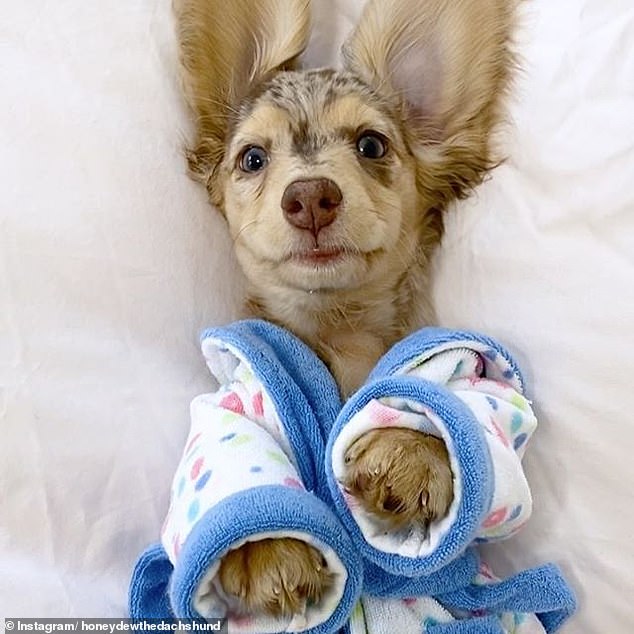 All relaxed: Honeydew’s ears lie out flat behind her head as she enjoys the comfort of a bed while wearing a doggy dressing gown

She said: ‘We always get stopped when we are out! Many people will say that they have “never seen that coloring before.”

‘A lot of people will ask if she is an Australian Shepherd/Dachshund mix but she is actually a purebred long haired miniature dachshund.’

Honeydew has her own Instagram account which is followed by more than 192,000 people despite only having been posting since May 21.

Her account features a variety of snaps of her wearing different outfits, such as a ghost costume or wearing leopard print. 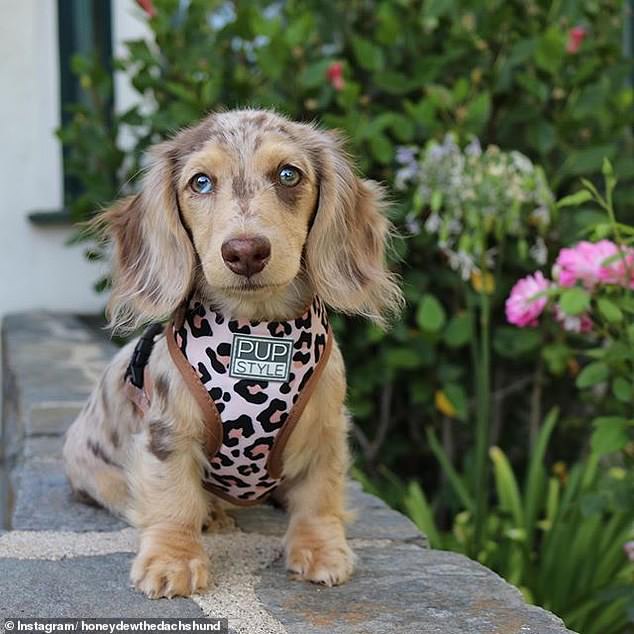 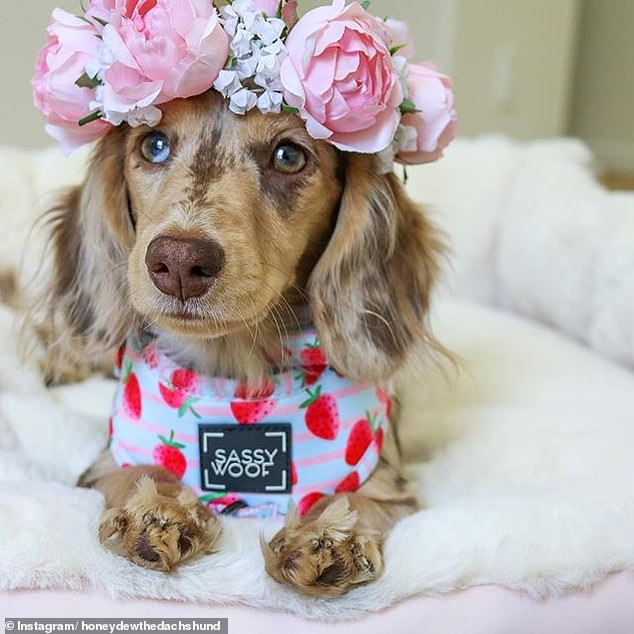 Berry pretty! The adorable puppy lies on a bed wearing a strawberry jacket with a flower crown on her head 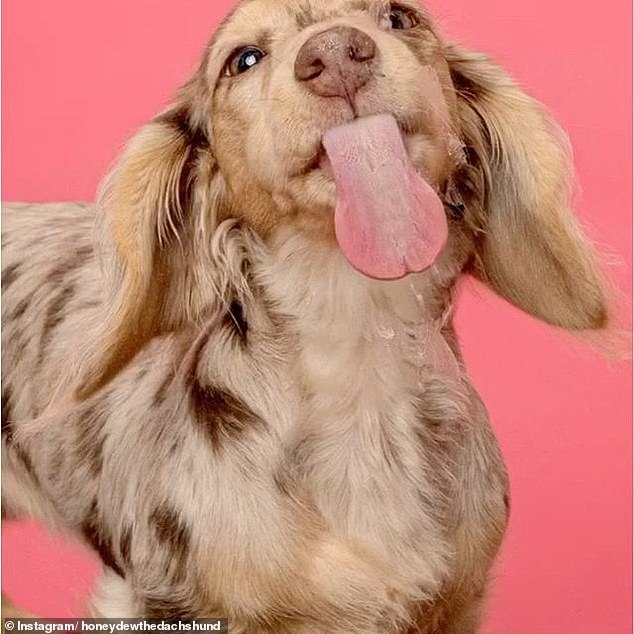 Yummy! Honeydew is an Instagram star with more than 193,000 followers on her very own page

When all curled up, the difference between Honeydew and a chocolate chip cookie is barely noticeable

Heather, who works in social media management and consulting, picked Honeydew up on May 25 this year when she was just eight weeks old.

She had been visiting the puppy between the ages of four to eight weeks and when she was eventually able to bring Honeydew home she discovered that her new dog hated car rides.

To help ease the two-hour car journey home, Honeydew was given the handle of a paper grocery bag to play with.

However, when Honeydew arrived at her new home she instantly became one of the family, snuggling together with Heather’s other two dachshunds Holly and Hazelnut. 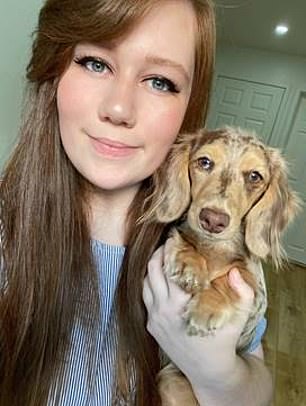 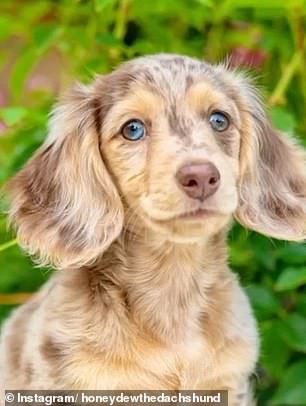 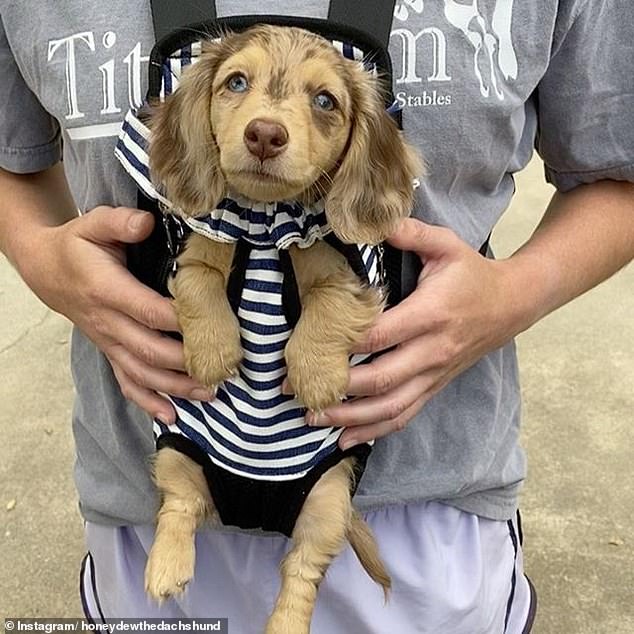 Hold on tight! Honeydew cuts a precious figure as she is carried around in a striped carrying vest 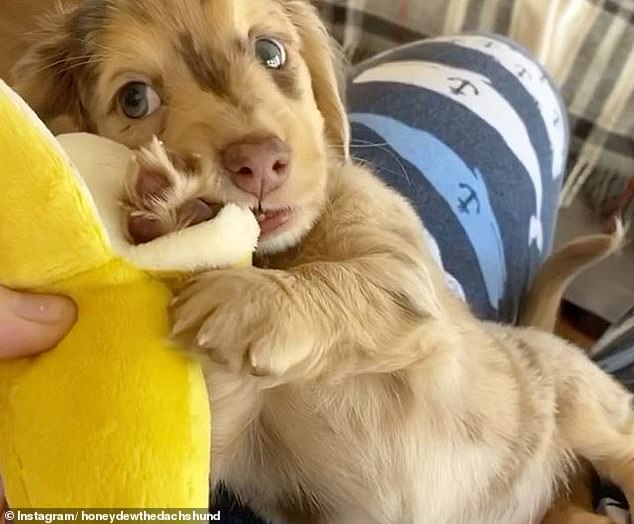 Nom nom: Honeydew enjoys the taste of a banana as demonstrated here as she nibbles away on the end of a toy one

Heather said: ‘ She is one of the happiest, sweetest dogs I’ve ever had. She loves everyone and every dog.

‘She always makes me laugh on a daily basis whether it be because she is barking at herself in the mirror or popping up out of her toy bin. I work from home so we are together 24/7. Honeydew is a total cuddlebug on the sofa while I do my work.

‘I love taking Honeydew to have playdates with other dogs as often as possible. She enjoys sprinting around and playing with other puppies like her!’ 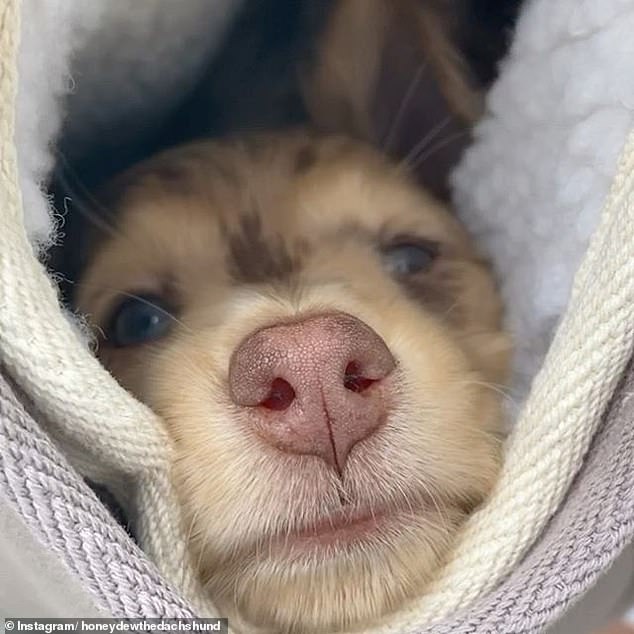 Boop! Honeydew carefully pokes her nose out of a bag as she is carried around town 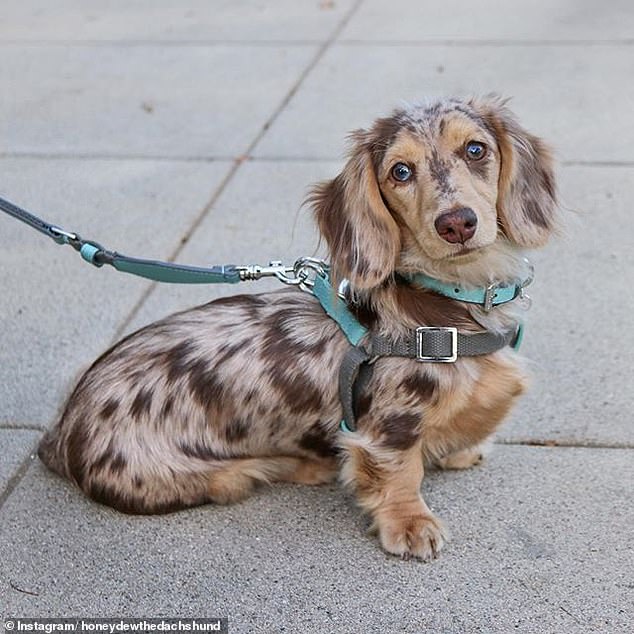 Walkies! Honeydew sits patiently with a lead and walking harness on as she waits to be taken on a walk 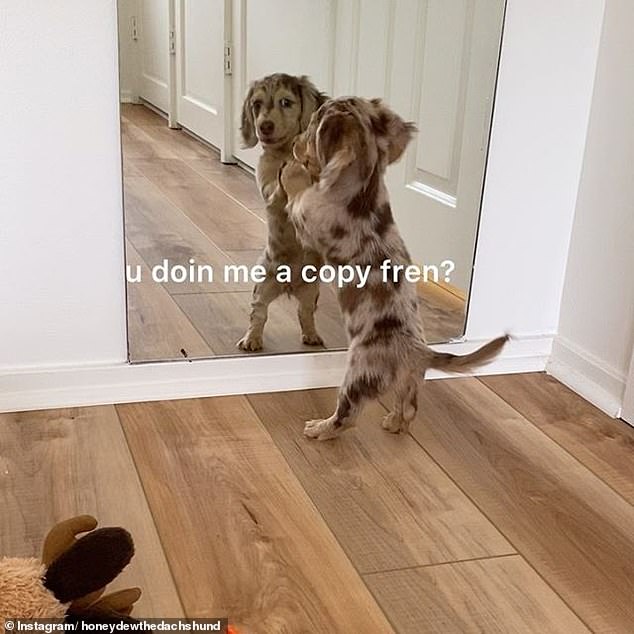