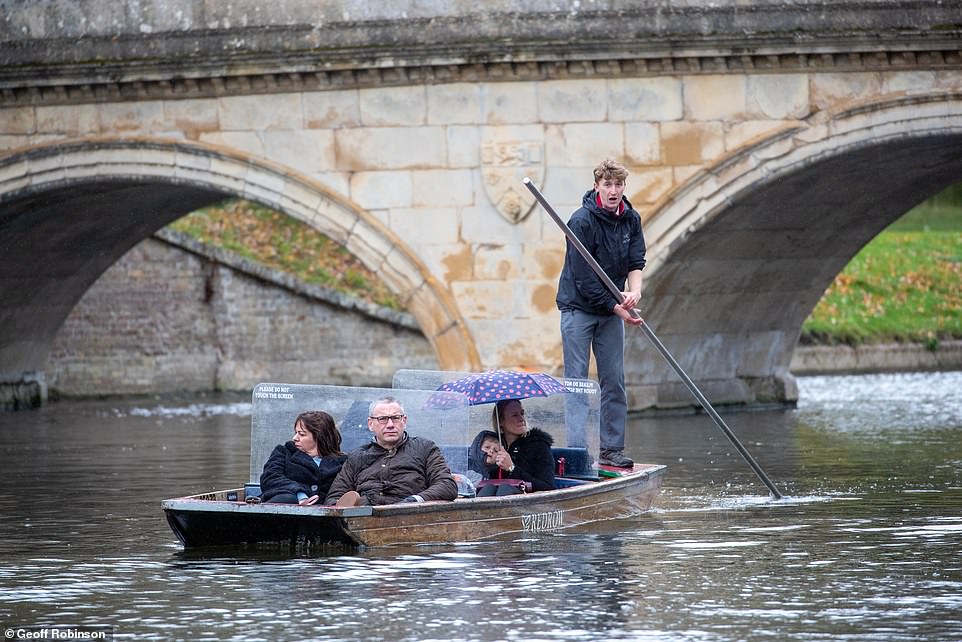 Temperatures across the UK are set to plummet this weekend as parts of Scotland could see snow.

Meanwhile, the higher parts of Scotland will see some sleet and snow.

Alex Deakin, of the Met Office, said: ‘Don’t expect much warmth this weekend but it should be a drier weekend compared to last week.

People enjoy a windy punting trip down the River Cam, Cambridge on Saturday as the UK is braced for a drop in temperatures 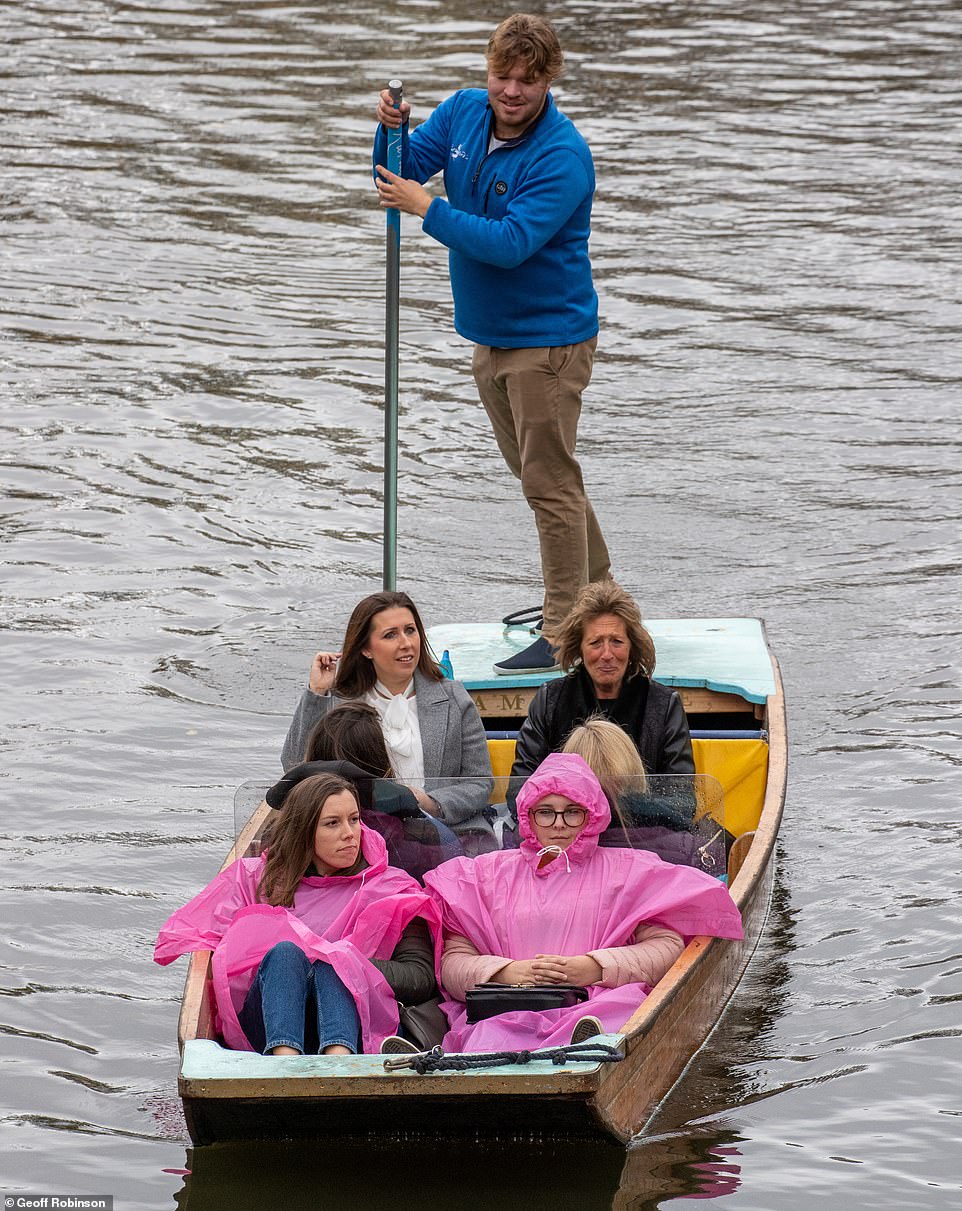 While Saturday is expected to see scattered showers, Sunday should be drier with sunny spells as the wind dies down 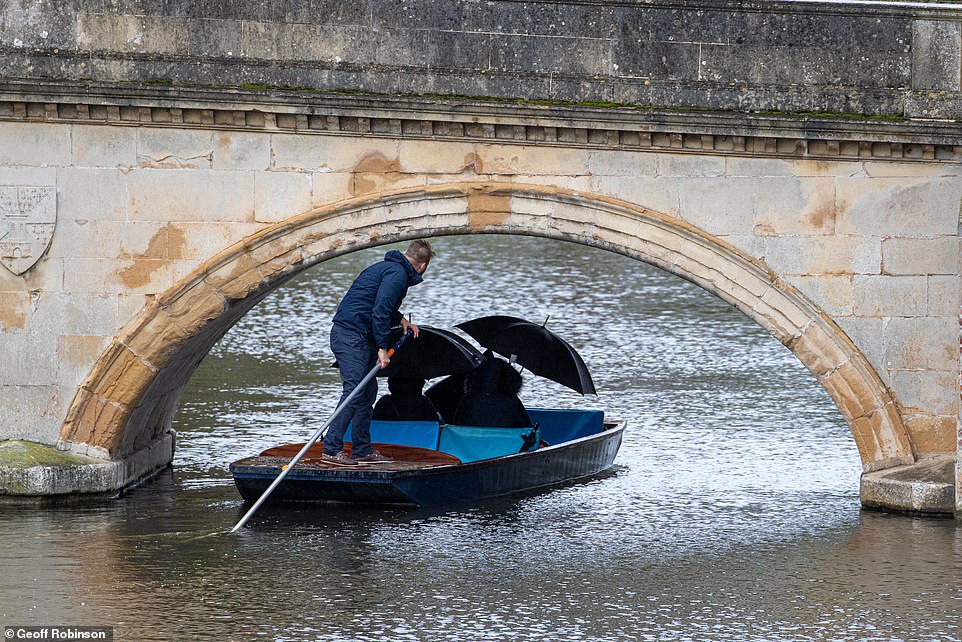 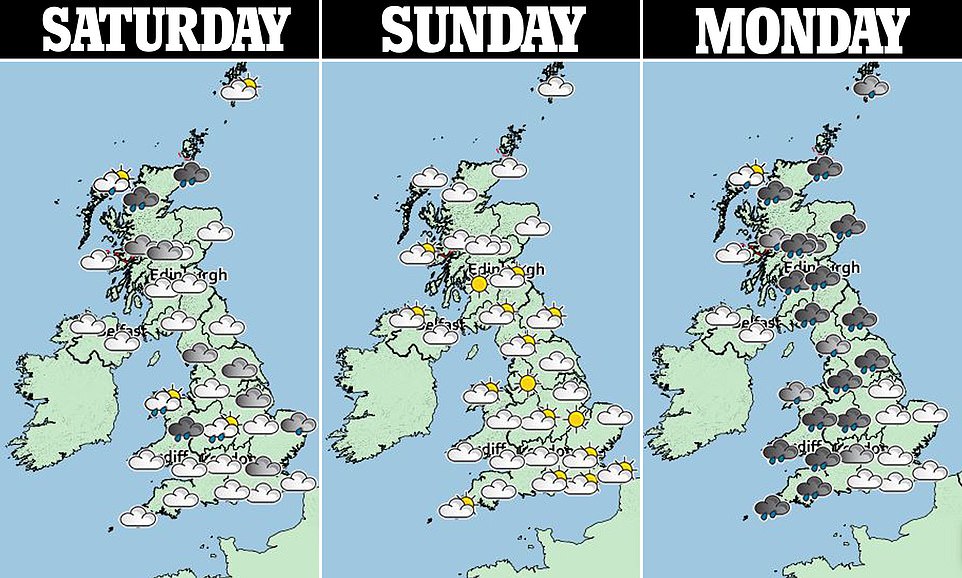 ‘Not completely dry as there will still be quite a few showers around for most of us on Saturday but there will be some sunshine, particularly on Sunday.

‘There will still be a cold wind blowing but even that should be easing down by Sunday.

‘It will turn quite cold but there will be enough of a breeze to stop the temperatures falling too far.

‘Where the winds are a bit lighter, it is going to be colder here than Friday night which was pretty chilly and in some rural spots certainly close to freezing.’

Meteorologists say overnight temperatures will drop to between 1C and 2C and could even go below freezing in some rural areas of the country.

Mr Deakin added: ‘There will be some showers pushing into northern England, the Midlands and all the time across northern Scotland.

‘It will cloud over a little bit across parts of the south but it will break in a few places so a mixture of bright and sunny intervals with showers.

‘There will be a brisk breeze blowing on Saturday afternoon which will bring a chill with top temperatures of 10C to 14C but feeling colder because of the breeze.’

Overnight, showers are predicted to become confined to coastal districts exposed to the brisk north westerly winds, while elsewhere is likely to be dry with clear periods developing. 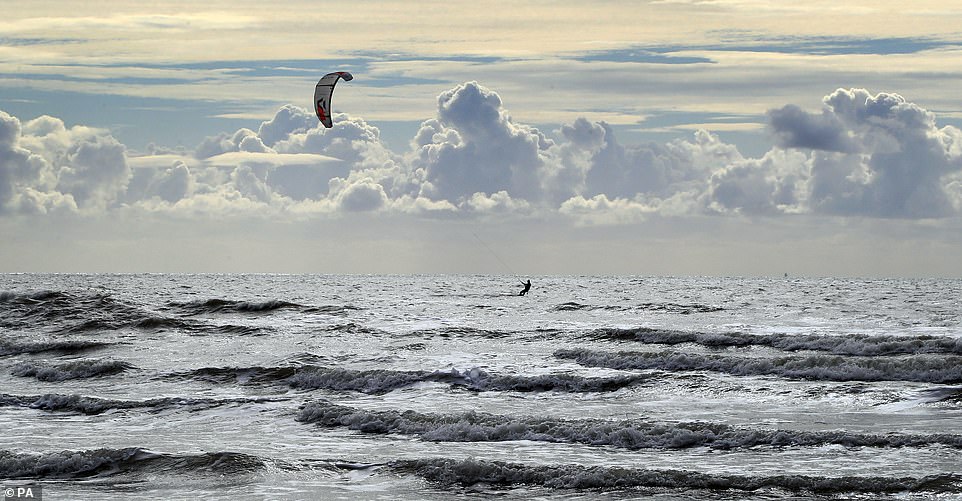 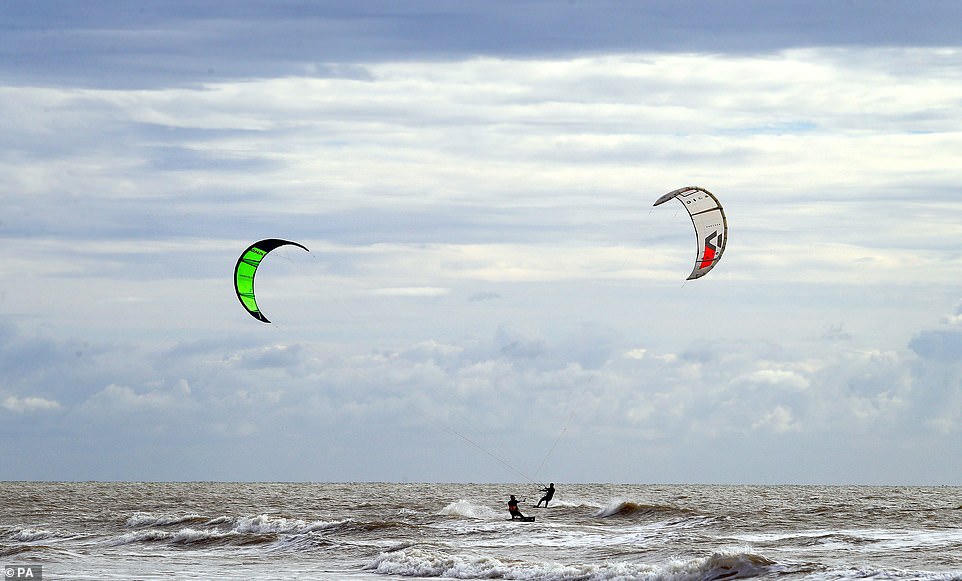 Tomorrow, there will be a few scattered showers around, but many inland areas will be dry with sunny spells, according to the Met Office.

It is expected to be cool in eastern parts of the country as the brisk north-westerly wind makes its way inland.

Mr Deakin added that although temperatures on Sunday will be similar to Saturday, it may feel warmer because there won’t be as many showers and the winds should be a little lighter.

The Met Office tweeted: ‘A cold front is bringing some sharp bursts of rain across parts of southeast Wales this morning.

‘Meanwhile heavy showers behind cloud with rain are packing into the northwest, some of these heavy and wintry over the Scottish mountains.’

Met Office forecaster Tom Morgan said: ‘We’re going into a much colder, showery set up for this weekend.

‘So the good news is this weekend isn’t going to be a washout like it was for people last weekend, but there will be some showers around and it will be much colder.’

The BBC’s Simon King confirmed Scotland had seen some snow already, tweeting: ‘First bit of snow has arrived on Anoch Mor, Roybridge in the Highlands.

‘Could be further wintry showers through today on the peaks of Scottish mountains.’