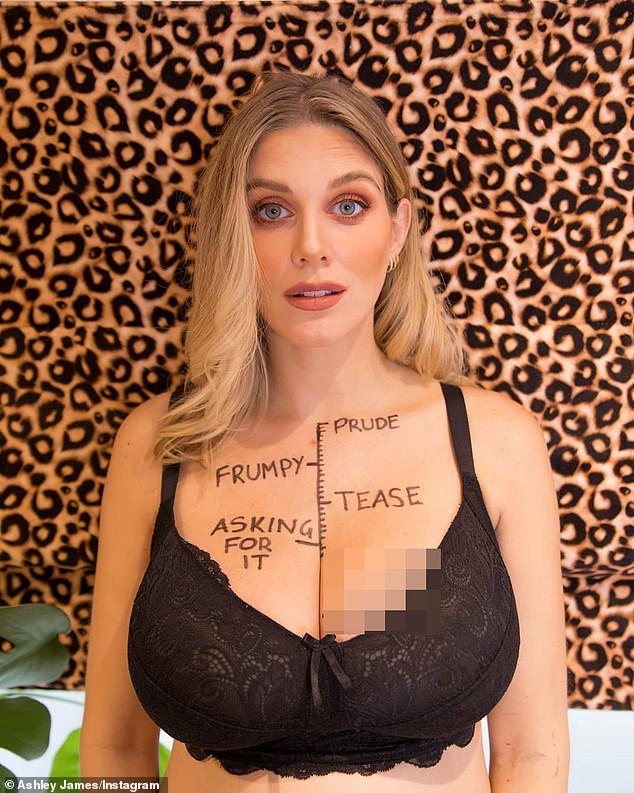 She uses her online platform to empower other women and encourage body positivity.

And Ashley James took to social media on Saturday to call out the sexualisation of women based on their figures.

In her candid Instagram post, the Made In Chelsea star, 33, recalled being objectified by teachers when she was at school and was even told to change her clothes because she looked ‘inappropriate’ and would ‘attract unwanted attention’.

Defiant: Ashley James took to social media on Saturday to call out the sexualisation of women based on their figures in a candid and defiant Instagram snap

The expecting mother posted a candid picture of herself stood in front of a leopard print wall hanging, at home in London.

She was seen wearing a black lace bra and sported a black measuring line drawn with marker pen from her décolletage to cleavage.

The measurement featured the word ‘prude’ at the top and escalated towards phrases such as ‘asking for it’ and ‘s***ty’ further down her chest, indicating that women are judged on their sexuality based on the size of their bust.

Ashley discussed the negative stereotypes she and her friends have faced, as she wrote on the snap: ‘Our boobs don’t define our morals. 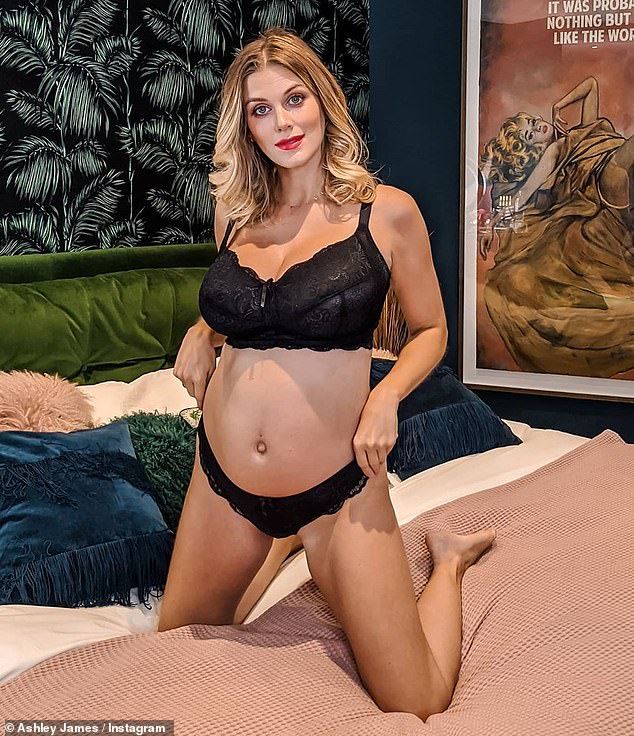 Shocking: The Made In Chelsea star, 33, recalled being objectified at school, and was told to change her clothes because she looked ‘inappropriate’ and would ‘attract unwanted attention’

‘I was chatting with a friend who was getting ready to go on a date tonight, and she was panicking about what to wear. She’s got big boobs like me, and said she didn’t want to look “s****y” but still wanted to feel sexy.

‘Why is it we have to worry about people judging how sexual we are based on our boob size?

‘I have spoke to so many people with big boobs who say they cover up to avoid unwanted stares and comments but then feel unsexy in themselves from feeling like they have to wear unflattering clothing. Who relates to this?’

The former MIC castmate recalled feeling ashamed at school when she was told to cover up because of her figure, despite being only 14-years-old.

She added: ‘I remember being as young as 14 and being asked by teachers to change my clothes as they were “inappropriate” and would attract unwanted attention – sometimes it was even just a vest top. 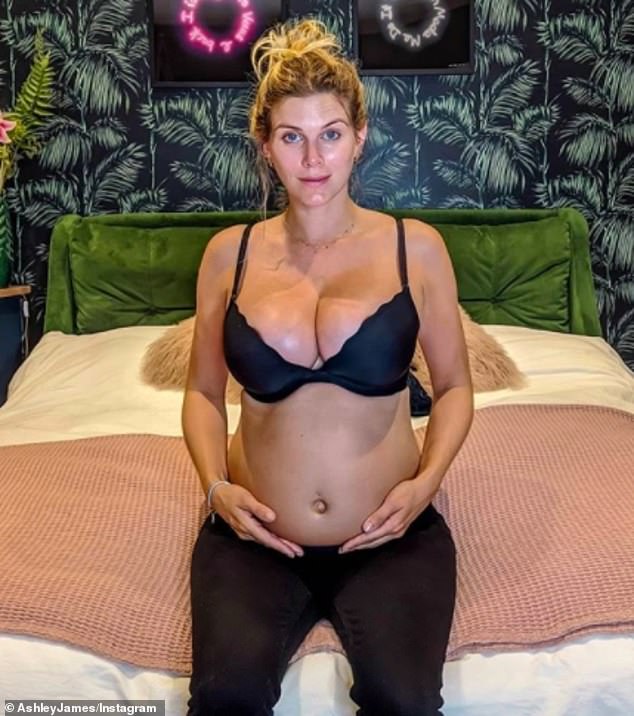 Shamed: The expecting mother posted a candid snap of herself sporting a measurement body art that symbolised the judgements others make based on women’s figures

‘My friends would wear the same clothes and get away with it. This had such an impact on me as a child, as it taught me to feel ashamed of my body.

‘Like my boobs were the issue and not other people’s perceptions and behaviours. I wish boys were taught to respect girls, instead being taught to cover up.

‘I started to cover my body up and I remember then being called ‘frumpy’ by my boyfriend at the time. I felt like I couldn’t win.’

Ashley recently revealed that she doesn’t edit any of her social media pictures in a bid to help women embrace their natural form.

She reflected on learning to accept and love her body and penned: ‘How many of you relate to getting ready for a night out and feeling really good about yourself, and then one of your girl friends will say something like: “ooo who’ve you got them out for?”, because you’re showing the slightest bit of cleavage (sometimes even a vest top!).

‘It took me years to learn how to love my own body. To wear clothes that flattered me and made me feel good.

‘And to make me realise that if people wanted to judge my sexuality or morals based on my natural body, the issue was theirs and not mine. I can’t wait to raise a son who knows all about respect.

‘If, like my friend, you’re worrying about what outfit to wear this weekend … Go with the one that makes YOU feel sexy. Our boobs don’t define how sexual we are, and how sexual we are does not define our morals.’

Ashley frequently posts stunning lingerie pictures and has been documenting her stunning transforming figure since becoming pregnant earlier this year.

The professional DJ is expecting her first child later on in 2020 with her tech professional boyfriend, Tom Andrews,

Her beau, 31, gave her a Cartier Trinity ring earlier this year to celebrate their love, although she insists that they’re ‘not interested’ in engagement or marriage, and want the accessory to ‘symbolise’ their growing family. 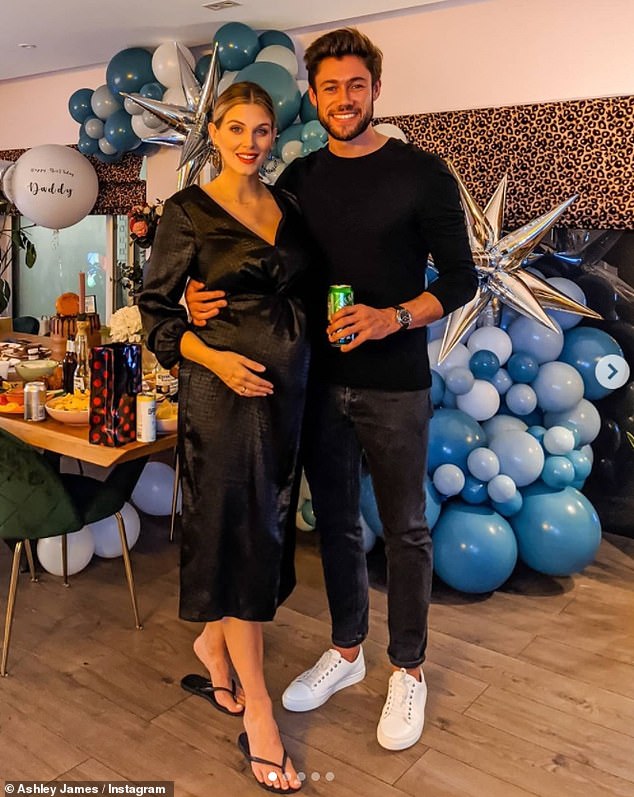 Expecting: Ashley frequently posts lingerie pictures and has been documenting her transforming figure since becoming pregnant earlier this year with her partner Tom Andrews