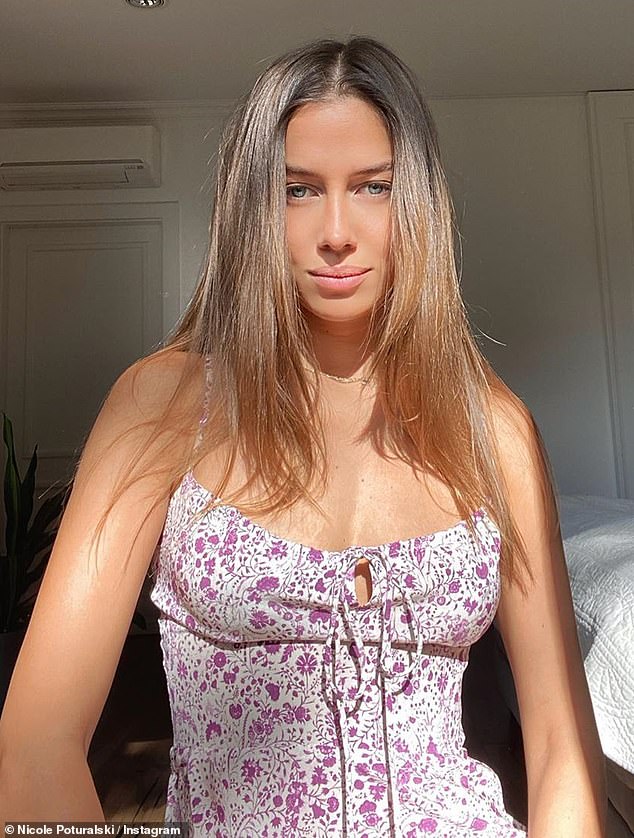 Brad Pitt’s model girlfriend Nicole Poturalski, 27, wows in a floral cami after hitting out at trolls for criticising her relationship with the actor, 56

She called out online trolls on Thursday for their ‘rude and sad’ comments regarding her relationship with Brad Pitt.

But Nicole Poturalski looked completely unfazed by the social media drama on Saturday as she posed up a storm on her Instagram account.

The model, 27,  displayed her striking beauty in a selfie from her sun-drenched bedroom after questioning why she receives so many hateful comments.

Serving model looks: Nicole Poturalski displayed her striking beauty in a white and purple floral cami from her sun-drenched bedroom on Saturday

She wore a white and purple floral cami that tied at her bust and highlighted her ample assets.

The mother-of-one let her natural beauty shine through with a minimal make-up look, and styled her brunette tresses in a straight ‘do.

A few day prior, she posted a video to her social media account, questioning why she receives so much online hate.

Nicole said: ‘I have been wondering since forever why people leave hateful comments? 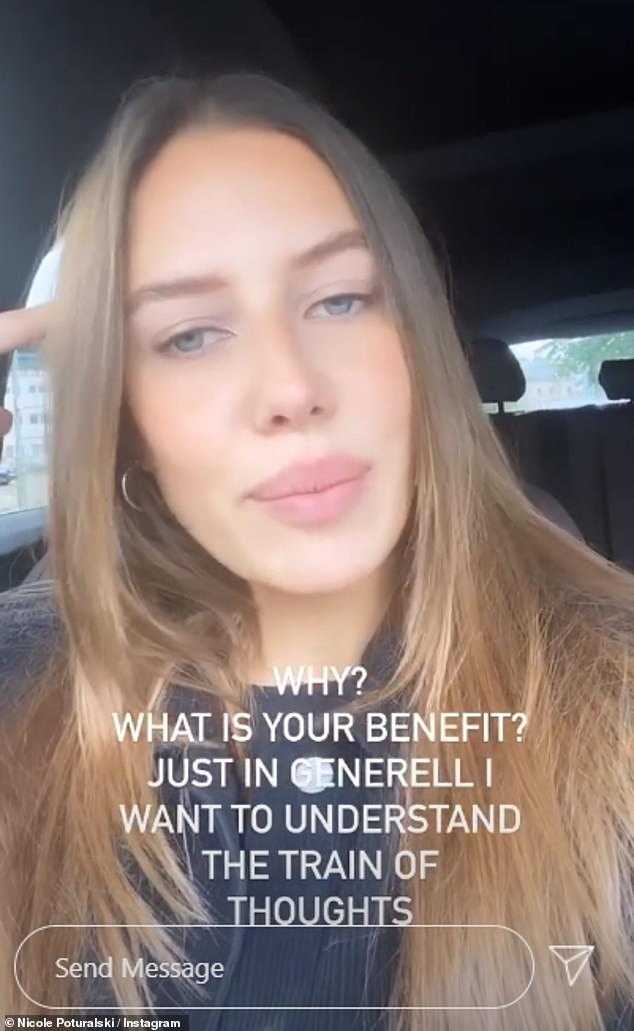 Respond to the backlash: The model, 27, hit out at ‘rude and sad’ trolls who send her hateful comments over her relationship with Brad Pitt on Thursday

‘Why? What is your benefit? Just in general I want to understand the train of thoughts. Because I don’t get it. It’s just so rude and sad for those commenting.’

On Friday, she dropped her grievances in favour of her sartorial prowess while out on a coffee run.

Nicole shared a snap to her Instagram account, drinking the coffee, and a second image that showed her with a foam moustache from the hot beverage.

The model put on a stylish display as she shrugged on a black denim jacket over a beige turtleneck top that featured a chic chequered pattern. 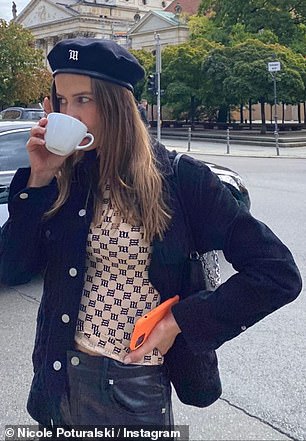 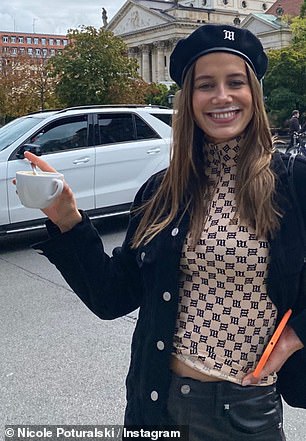 Caffeine boost: On Friday, she relinquished her grievances in favour of her sartorial prowess while out on a coffee run

Her brunette locks were styled into a sleek, straight style and she accessorised with a black beret.

Brad, 56, and Nicole were first spotted together in November during a performance of Kanye West’s opera Nebuchadnezzar at the Hollywood Bowl.

The pair sparked relationship rumours when they were spotted arriving in the South of France on a private jet and visited Château Miraval, where he produces $390 (£300) Rosé champagne.

An insider revealed to US Weekly that Brad remains ‘realistic about the relationship’ since she ‘lives in Germany’ and he ‘has a very complicated family situation that he is trying to get sorted out. 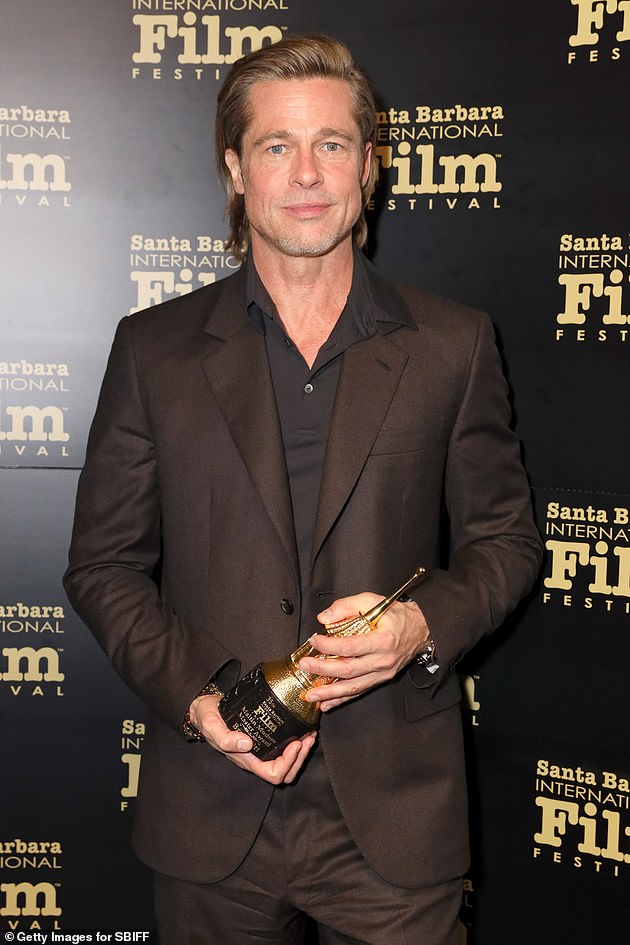 The boyfriend: Brad, 56, and Nicole were first spotted together in November during a performance of Kanye West’s opera Nebuchadnezzar at the Hollywood Bowl