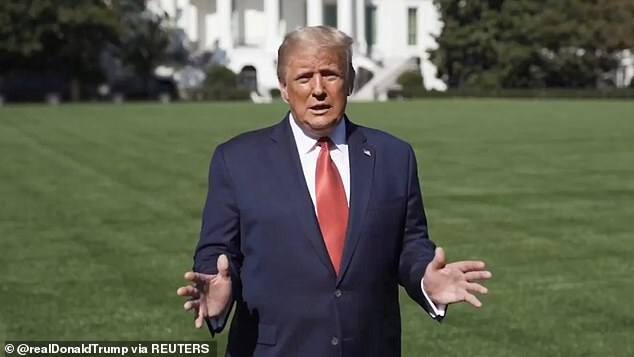 ‘Don’t f*** around with us’: Donald Trump threatens to do ‘things’ to Iran ‘that have never been done before’ as he drops the F-bomb during ‘radio rally’ with Rush Limbaugh – but obscenity is CENSORED for listeners

President Donald Trump dropped an f-bomb on conservative Rush Limbaugh’s radio show Friday during a two-hour talk-fest in which he was played off by music.

‘If you f*** around with us, if you do something bad to us, we are going to do things to you that have never been done before,’ Trump said in a burst of conversation about Iran.

Radio listeners weren’t treated to the president’s profanity, a part of that section was edited out. It is, however, included in a transcript posted on Limbaugh’s website.

President Donald Trump dropped the f-bomb during a two-hour radio interview with conservative host Rush Limbaugh Friday, but the profanity was edited out before it hit terrestrial radio airwaves

The official transcript of President Donald Trump and Rush Limbaugh’s back-and-forth includes the president’s full comments, in which he said to Iran: ‘If you f*** around with us, you do something bad to us, we are going to do things to you that have never been done before’ 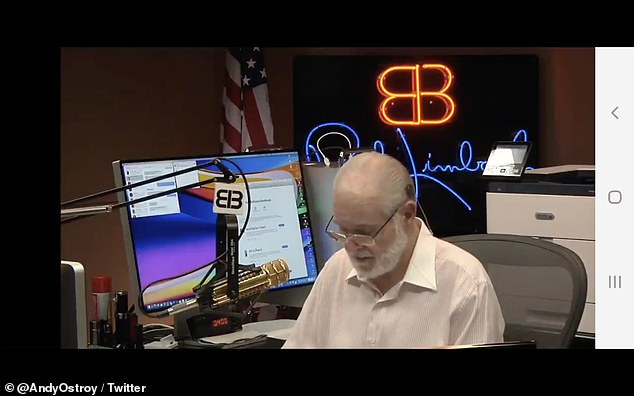 Streaming video also contained the unedited remarks between Rush Limbaugh (pictured) and President Donald Trump. By editing out the profanity, the exchange shouldn’t cause any problems with the Federal Communications Commission

The president has been caught on hot mic uttering the f-word in the past.

Prior to giving his Oval Office speech in March on the coming coronavirus outbreak, Trump was heard saying, ‘Oh f***.’

‘Uh-oh, I’ve got a pen mark,’ he said, referencing a stain on his clothing.

He’s been caught using other swear words in the past – including b**** in the infamous ‘Access Hollywood’ tape.

Trump’s rival, Democratic nominee Joe Biden, also famously whispered to President Barack Obama over hot mic, ‘This is a big f***ing deal,’ during the Obamacare signing ceremony at the White House in March 2010.

Trump’s appearance on Limbaugh’s nationally syndicated program was being marketed as a ‘radio rally,’ as the president fights for his re-election while recovering from COVID-19 semi-quarantined at the White House.

It marks the president’s third call-in interview in two days – he spoke with Maria Bartiromo of Fox Business Network Thursday morning and Sean Hannity on Fox News Channel Thursday night – but was the most free-flowing and the longest.

The president will appear on-camera for a Fox News Channel interview Friday night.

Limbaugh’s show is played on terrestrial radio stations all around the country, which could pose a problem had the f-word not been bleeped.

Having the f-word play out on the livestream shouldn’t be a problem for the Federal Communications Commission, though spokespeople for the agency didn’t respond to DailyMail.com’s request for comment on whether anyone had filed a complaint.

Trump had a friendly audience with Limbaugh, who he previously gave a Presidential Medal of Freedom, the country’s highest civilian honor.

Limbaugh lauded the president throughout the two hours.

‘We love you, and I meant everything I said today, you are the person standing in the way, you are the one that true American patriots have invested their hopes for their future and their kids’ future and you are the person they are depending on to stave off this attack on our country that is coming from the inside. It’s coming from inside our country, as opposed to outside,’ Limbaugh said as the interview was drawing to a close.

But the host had to cut off the president with a quick, ‘Best of luck to you sir. Thank you so much.’

Music then started and played the president off.