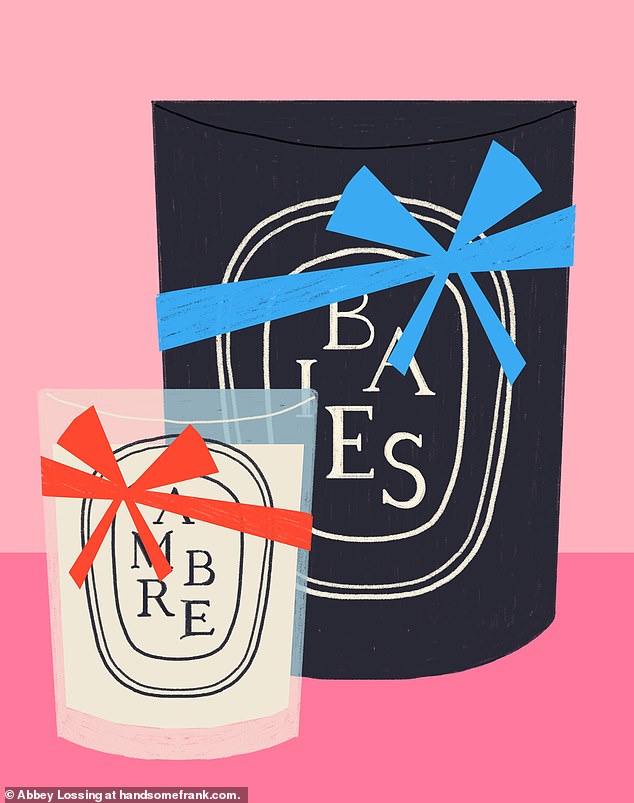 Liz Jones’s Diary: In which I invite David to stay (I know!)

By Liz Jones Diary for The Mail on Sunday

I told him I’m still wearing the engagement ring. I even sent a photo

Shall we have a look at the old scoreboard? Last week, it was David: 1, P: 0. David sent me a Diptyque candle in good time for my Special Day. P, in temper, cancelled a gift from his luxury brand, saying a (cheaper) gift was on its way but would arrive late.

P’s gift arrived, addressed to Lovely Liz, and I’m afraid it blew David’s offering out of the water. A three-wick Baies Diptyque candle the size of a hippo, in limited-edition black. So P’s is definitely bigger than David’s. When I texted to say thank you, P said he regretted he had ‘f***ed up’ by complaining about my podcast. And that he will always be drawn to me. Plus something about a praying mantis, but we’ll gloss over that.

I texted David to let him know that he would find the next few columns about my dates with P illuminating; in brief, that he has nothing to worry about in the love rival stakes. And that I’m still wearing the engagement ring. I even sent him a photo. ‘Oh wow, really? And good about the next columns – I have been dreading them. You know I love you. But I am very stubborn and sensitive.’

We made a plan for him to come up for the weekend, now that my cottage is nearly finished. He said that would be lovely. Also that ‘my car battery needs a full charge’. I’m hoping that last bit was a joke. But it’s never that easy, is it? The next day, this: ‘I’ve had a fitful night and need to tell you before you write anything or make decisions about your future. I don’t want to get in the way of your happiness. If not with P, then someone else. I know you were “fishing” for Nige [the photographer Hunk] while we were together: that was the final straw. There are other things, but I don’t want to make them public. You only had your birthday card a day before you were broadcasting its contents*. You would not be able to write about me, at least not at first. I miss you, but we can’t pick up from where we left off. And tell the PB** to butt out.’

I tell him my writing is a mirror. I just reflect what happens. Why send a birthday gift, when he knows I’ve just started seeing someone else? Why stir the pan? And that I have some demands, too. Sort his health out so he can walk the puppies with me. Sort out his home. Don’t wear old tracksuit bottoms in public. Never displace Gracie in bed. That he is lazy and bad-tempered.

‘You know all my faults.’

‘You are also handsome and sexy.’

‘That’s been a curse as much as a perk.’

I asked if he really does love me or is now too old to get anyone else. Now who’s fishing?

So that was that. I booked a spa. I booked a Waitrose slot. And then I got this: ‘Given I have limited disposable income, I wonder if I can afford to have a relationship right now. My daughter is starting university, so I have to help her. I simply can’t treat you like the goddess you are. Also I am falling short on some of the items on your list. I’ve started smoking again because, without you, what is there to live for? So I can’t come up right now. Maybe in a few months’ time when I’ve sorted myself out.’

*I was nice about it! I said it made my stomach lurch!

** Nic and I puzzled over what PB meant in reference to her. Then it clicked. Poisonous B****! A bit mean, given last week she stuck up for David over P.

Join Liz and her trusty (long-suffering) assistant Nicola as they dissect her weekly YOU magazine diary and delve into the archives to relive the bust-ups, betrayals, bullets… and so much more in this brilliant podcast. They’re outspoken, outrageous and utterly hilarious. Find it now at mailplus.co.uk/lizjones, iTunes and Spotify.