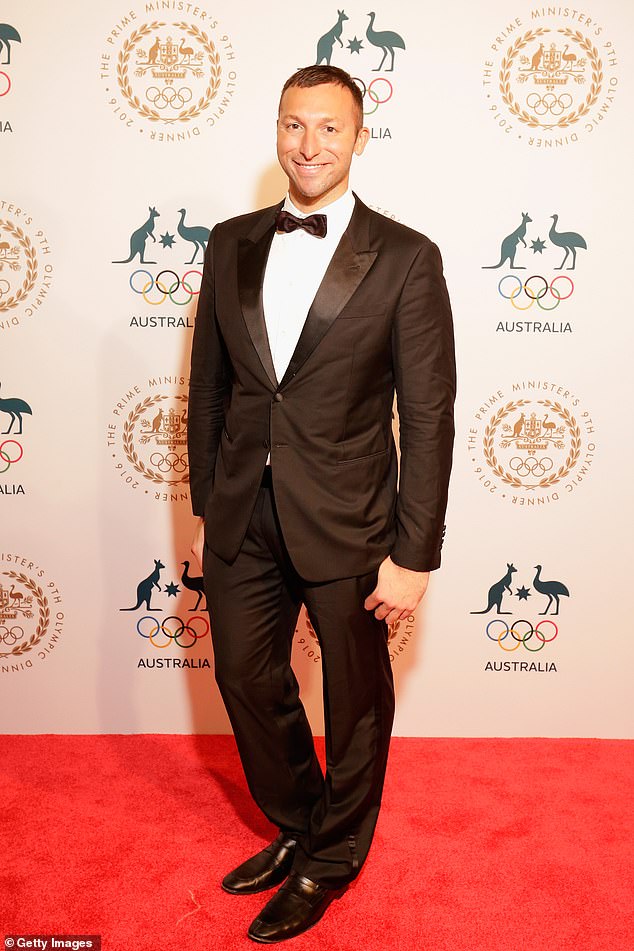 EXCLUSIVE: ‘I thought the doctors were lying to me’: Olympic legend Ian Thorpe reflects on his battle with mental health and says he’s very much ‘happy in his own skin’ after being skeptical about treatment for years

He’s always been open and honest about his fight against depression, which stemmed from when he was a teenager.

And on Saturday, five-time Olympic champion Ian Thorpe reflected on his mental health battles, and gushed that he’s very much ‘happy in his own skin’ after seeking help multiple times throughout his life.

In an exclusive interview with Daily Mail Australia, the 37-year-old said: ‘For a number of years, I thought doctors were lying to me when they said it is something that is manageable.’

Inspirational: On Saturday, five-time Olympic champion Ian Thorpe (pictured) reflected on his mental health battles, and gushed that he’s very much ‘happy in his own skin’ after seeking help multiple times throughout his life

‘I only ever aspired to be content in what I was doing, and then there was a point where I realised – you know what, I’m actually happy.’

‘I can still experience the emotions and the elation that I’m so happy in my own skin.’

Since battling crippling depression in his teens, Ian previously said it had led him to drink during the night in the lead-up to the 2004 Athens Olympics.

After breaking 22 world records and winning an abundance of medals, he retired at the age of 24 – going from swimming and training ’30-40 hours a week’ to then trying to fill the void and find something he was equally as passionate about. 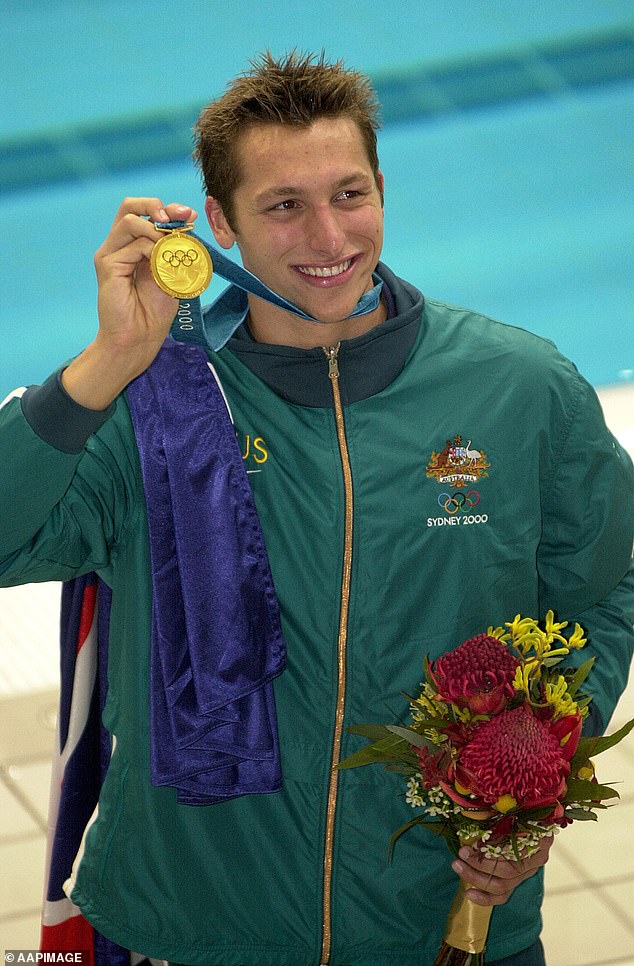 Career: Thorpe announced his retirement from competitive swimming in November 2006. Pictured in the 2000 Sydney Olympics

The swimmer told Daily Mail Australia that throughout his life, he hasn’t been afraid to ask for help on numerous occasions.

‘I knew I needed help when I was a teenager,’ he added. ‘Then, I’ve gone through periods where I need help, and then most of the time I’m completely fine. There’s an odd day here or there that I actually do struggle.’

Ian added that now is the time for anyone who is struggling to reach out and talk – particularly during the dark times of the pandemic.

‘It’s a unique time with a tremendous amount of uncertainty,’ he went on.

‘Isolation is most definitely not a great thing for someone who has mental issues, and it can cause problems.

‘What we really need to do at this time is be able to come together.’ 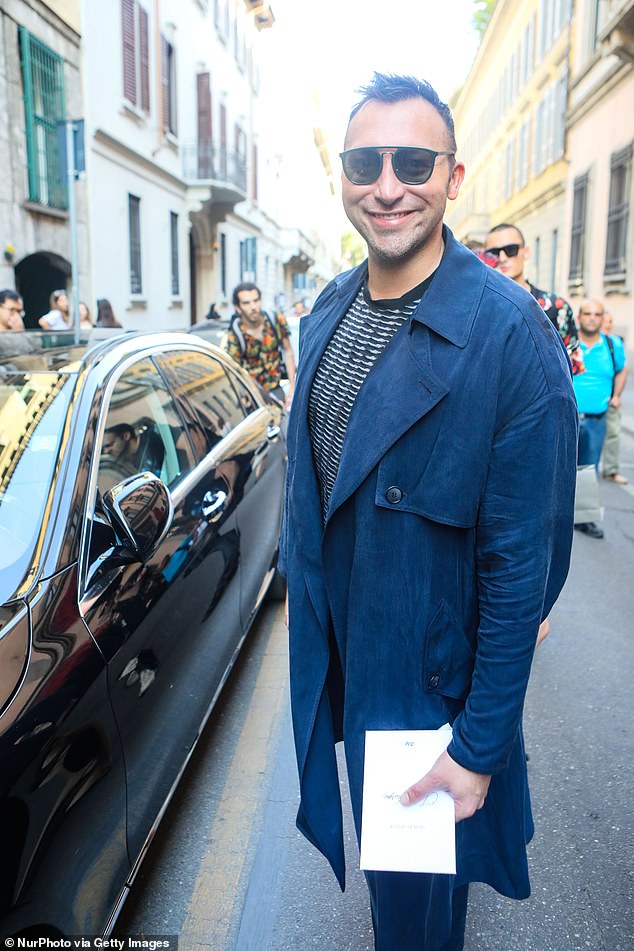 Speak out: Ian added that now is the time for anyone who is struggling to reach out – particularly during the dark times of the pandemic

‘After family and friends, online is the first place that people actually go. ReachOut.com provides a forum that’s peer reviewed that is the leading in the world – especially for young people and their parents.’

The swimmer is patron of ReachOut, a health organisation that provides support for under 25s with everyday issues and difficult times.

He is also appearing on RFBI’s Mental Moments pop up TV show – which is available to the public globally – to raise awareness to mental health in aged care.

If you, or someone you know, needs support please call Lifeline on 13 11 14 or visit lifeline.org.au 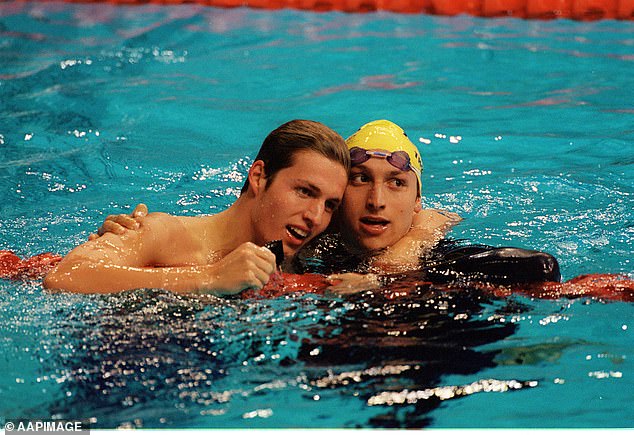 ‘I can still experience the emotions and the elation that I’m so happy in my own skin,’ Ian said. Pictured with Peter Van Hoogenband in the 2000 Sydney Olympics