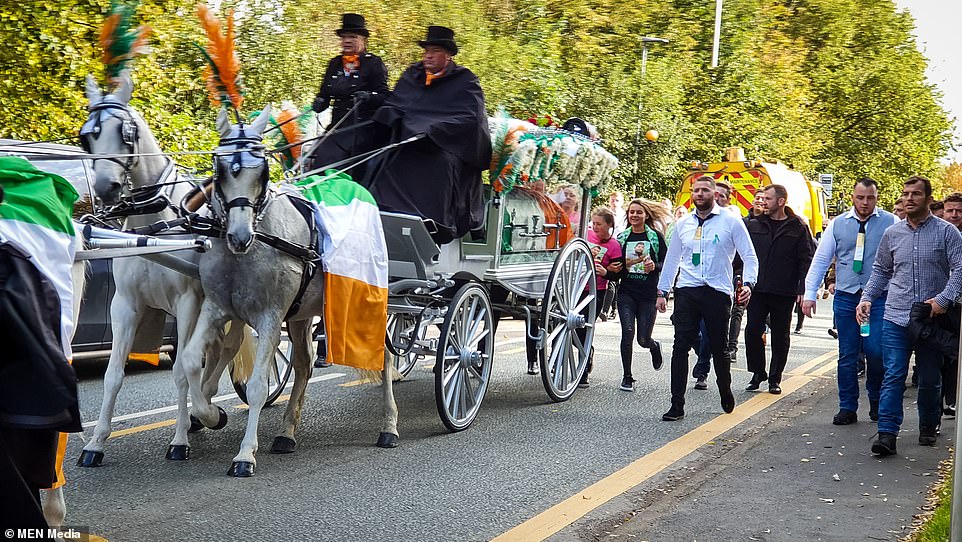 Lamborghinis and Audis lead supercar funeral cortege of 50 mourners for traveller, 36, who was killed in police chase days after 100 mourners packed into beer-fuelled wake

A supercar send- off including Lamborghinis and Audis was formed to mark the funeral of father- of-four who died in a crash during a police chase.

Nearby pubs have  also been closed ‘on the advice of the authorities’ and a road has been blocked for the wake.

Up to 50 mourners  gathered in Lowton near Golborne from Thursday afternoon to mark the death of Paddy Connors.

The 36-year-old father-of four died with his friend Tommy Sharp, 29,  during a police chase last month.

It comes after almost 200 mourners flouted coronavirus restrictions on Tuesday, gathering into a marquee for Sharp’s wake.

Under current coronavirus rules, the maximum number of people allowed at a funeral is 30.

At the wake there was a  number of high-performance cars, some with posters of Mr Connors in the window, the Irish tricolour, floral tributes and huge gold-coloured ornament mounted on a truck.

Sharp and his friend Paddy Connors, 36, were killed when a car they were in crashed into two other cars during a police chase.

The police watchdog said that the Mercedes was instructed to stop by an unmarked police car after it was seen speeding through Salford  on September 23. 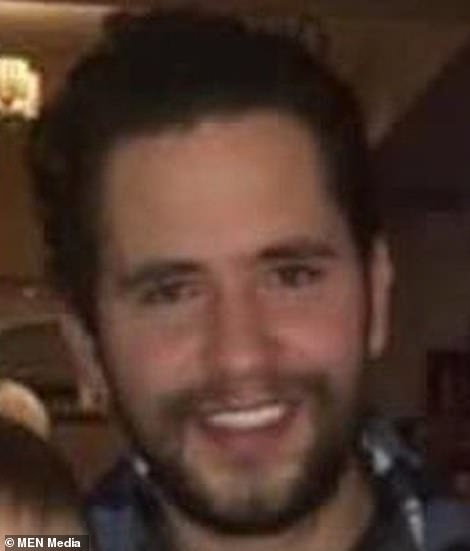 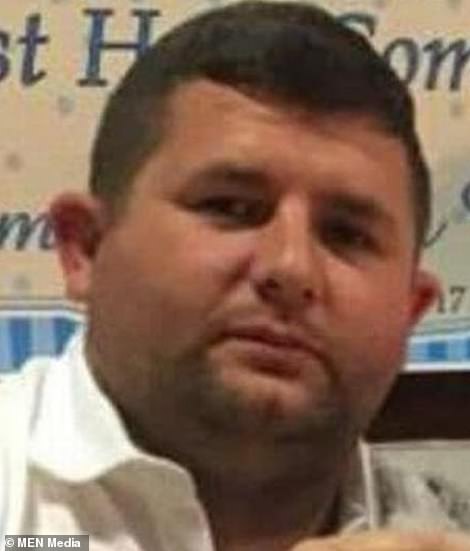 Tommy Sharp, 29, (left) and Paddy Connors, 36 (right) were killed in a car crash  during a police chase

Connors leaves behind a wife and four children, and lived in Wigan while Sharp lived with his wife and young children in Salford.

Three pubs in the area posted on social media that they had to close on the advice of the police and council: The Queen Anne, The Millstone and The Ram’s Head.

At Mr Connor’s wake there was a number of high-performance cars, some with posters of him in the window

On its Facebook page, the manager of the Queen Anne posted: ‘Due to a rather large gathering in town we’ve been advised by local authorities to shut our doors for 2 days.

‘You couldn’t make up the next twist and turn that 2020 takes could you. We hope you all stay safe and we’ll see you all on Saturday hopefully.’

The Millstone posted: ‘Sorry we are closed for a couple of days. We received a phone call earlier advising that there was a large gathering happening locally.

‘Under the current guidelines we felt it wouldn’t be right to risk it for our customers. We will reopen at 10am on Saturday.

‘We hope you understand and see you soon.’ 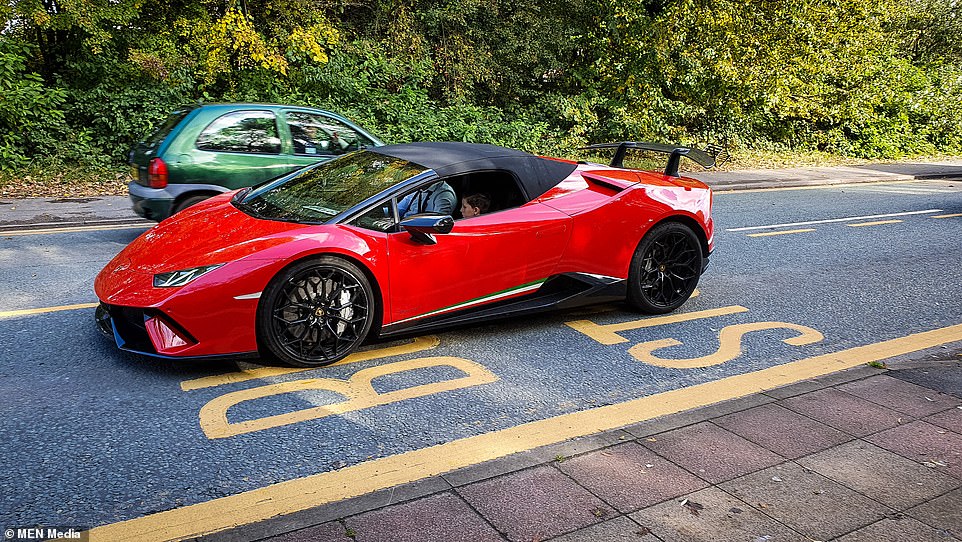 The Ram’s Head said: ‘Following advice from licensing and the police, we will be closed with immediate effect and hope to reopen our doors on

Saturday. We will keep everyone informed of further details as we know them and hope Boris doesn’t close us in the meantime.’

Inquests into the deaths of Paddy Connors, 36, and Tommy Sharp, 29, were opened and adjourned last week.