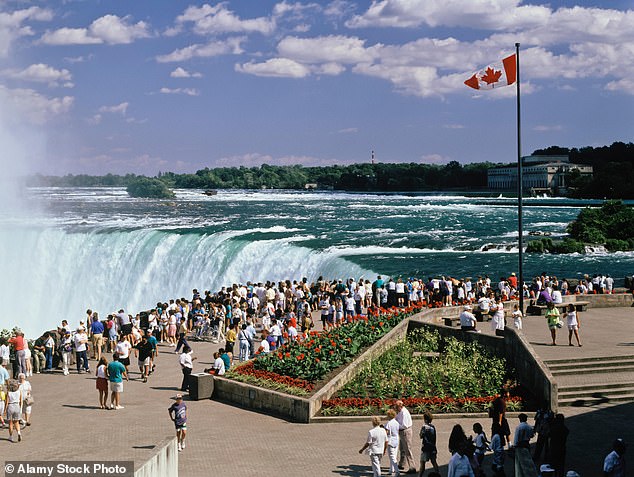 D.M. writes: In February, I booked a return flight to Canada through travel agent Opodo.

The flights were for June and July, but the airline cancelled them and Opodo has only offered vouchers or replacement tickets, not a refund of the £1,069 I paid.

Opodo cut off its phone line and does not reply to letters. It has no email address. Vouchers or future tickets are no use to me as the event I was to attend was cancelled.

On the edge: The insurer said a voucher for Canada trip was enough

I wrote some weeks ago that when the history of these days is written, the two industries whose reputations will be torn to shreds are the travel and insurance sectors. You have come up against both.

Travel firms seem to assume that everyone is going on a holiday that can easily be postponed, so rather than offer a refund, they offer a voucher for future trips. And insurance companies have behaved as if customers are unreasonably expecting policies to pay out, since the pandemic was not foreseen, even though the very idea of insurance is to protect against the unforeseen.

Your travel insurance was with Insure & Go, which passed your claim to another firm, Travel Claim Services. It rejected your claim, saying that as you were offered a voucher, it did not regard your £1,069 as an ‘irrecoverable cost’ – a term which appears nowhere in your policy.

So, I contacted Opodo, which is a Spanish-run online travel agent, and I contacted the two insurance firms. Opodo was quickest off the mark. It explained you had been contacted from its ‘no-reply’ email address, and it would now refund just over £700, which was your fare to and from Canada. But it would not repay fares for internal flights in Canada, which were not cancelled. Fortunately, you were able to prove Opodo wrong. Opodo itself had told you in writing the internal flights had been scrapped, so I was able to question this.

Meanwhile, I also pressed the two insurance firms. Insure & Go stuck to its guns, telling you: ‘Your claim was denied as the assessor felt that the offer of future credit represented a reasonable reimbursement and, as such, it cannot be said that your loss was irrecoverable.’

But Insure & Go admitted to me that it is part of the same company as Travel Claims Services, which sounds independent but clearly is anything but that. It told me it expected policyholders to claim refunds from travel firms and, if this failed, they should try to get a refund from their credit or debit card issuer before troubling the insurer. ‘Travel insurance does not exist to help companies avoid this obligation,’ I was told. Well, up to a point, but this still does not explain how an unwanted and useless voucher can be regarded as a refund. And at this point, Insure & Go changed its mind and offered to settle your claim.

But by now, Opodo had also changed its mind and decided it would pay you in full, after finding the flights within Canada had indeed been cancelled, only to be reinstated by the airline.

So, happily you now have a full refund, except of course for the £300 or so that you paid to Insure & Go for a travel policy that has turned out to be less than useful and pure profit for the insurer.

As for Insure & Go’s advice that customers should claim from their card company, you tried this. But the card company told you the opposite. It’s easy to see why travel firms and insurers are not the flavour of the month.

R.C. writes: I am 78, and for the past 40 years have been paying into a life policy with Foresters Life, now part of Foresters Financial.

Last year, the company told me the policy was worth about £8,000, so imagine my horror when I received a letter saying my plan has no value, with all cover ceasing.

I relied on it to pay my funeral costs, but it seems the premiums have been a waste. Where has the £8,000 gone? 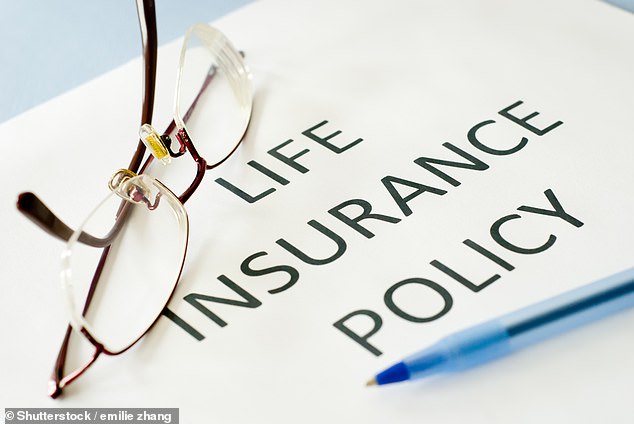 Gone: R.C. was relying on a life policy to pay funeral costs

Helpful staff at Foresters told me that you started your policy in 1979, but in 2004 you cancelled the direct debit for the £10 monthly premiums. At this point, the policy would have paid £8,798 in the event of your death. You could have surrendered the policy but instead you left it to run on, with the premiums paid by whittling away at the value of the policy itself.

Foresters wrote, explaining that you could pay the missing premiums and reinstate the policy, or it would eventually expire in 2020. You did not reply.

Foresters wrote twice last year and once this year, reminding you of this, but staff received no reply.

You have told me that in 2004 you were living in multi-occupation housing, where mail sometimes went astray. But this does not explain why you stopped paying premiums, nor why you failed to notice this for more than 15 years. I know this is not the answer you would like, but frankly, Foresters has behaved fairly and correctly throughout.

If you believe you are the victim of financial wrongdoing, write to Tony Hetherington at Financial Mail, 2 Derry Street, London W8 5TS or email [email protected] Because of the high volume of enquiries, personal replies cannot be given. Please send only copies of original documents, which we regret cannot be returned.