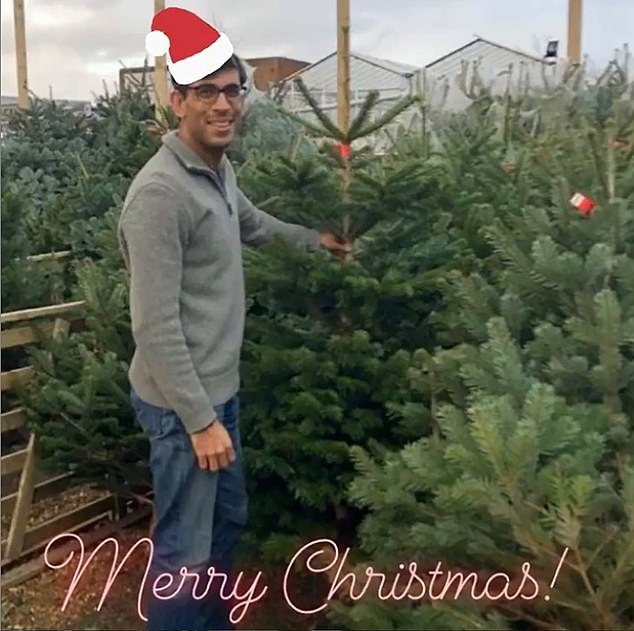 Will Santa Sunak let family groups of 12 join together over Christmas? ‘Rule of Six’ restriction may be lifted temporarily by Chancellor over festive period

By Glen Owen Political Editor For The Mail On Sunday

The ‘Rule of Six’ restriction on social mixing could be lifted temporarily for Christmas to let family groups of up to 12 enjoy the festive period.

If approved, the limit on meetings of more than six people would be doubled during Christmas Eve and Christmas Day to allow inter-generational celebrations.

The temporary total of 12 was chosen because it would allow two sets of grandparents and parents, three children and an aunt or uncle to meet without flouting the law.

Those two days were suggested because, typically, they are when families spend the most time indoors together – and by Boxing Day are keen to escape outside.

Business Secretary Alok Sharma is understood to be the leading Cabinet advocate of the plan – assuming Covid infection rates have been broadly kept under control by mid-December.

The ‘Rule of Six’ restriction on social mixing could be lifted temporarily for Christmas to let family groups of up to 12 enjoy the festive period. Pictured: Instagram snap of Rishi Sunak at Christmas last year

The temporary lifting is regarded as a better option than the alternative plan, which would be for families to isolate for a fortnight before Christmas to allow them to gather on the day.

Mr Sharma is one of the ministerial ‘hawks’ who believe No 10 should put a greater emphasis on protecting the economy when considering Covid-19 restrictions, alongside Chancellor Rishi Sunak, Home Secretary Priti Patel and International Trade Secretary Liz Truss.

Health Secretary Matt Hancock leads the economy ‘doves’ who believe that even a two-day relaxation of the rule risks creating a mid-winter increase in Covid numbers at a time when hospitals are traditionally under the greatest strain.

The rule of 12 plan is being hatched as Tory MPs grow increasingly restive about the rule of six and the 10pm pub curfew. 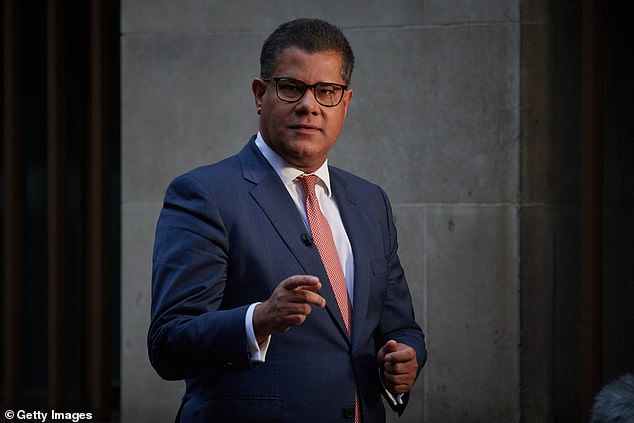 A slew of them voted against the six limit last week, while a second rebellion is brewing over the curfew.

Boris Johnson has promised that the Government will do ‘everything we can to make sure Christmas for everybody is as normal as possible’ – despite the situation ‘continuing to be bumpy’ during the next two months.

The Prime Minister has urged people to ‘save Christmas’ by working together to bring down the infection rate.

A source said: ‘Alok thinks people will need something to look forward to after the next couple of difficult months, and doubling the rule for a couple of days allows that with only a limited extra infection risk attached. ‘It hasn’t been formally considered by the Treasury yet as a proposal, but it is in line with Rishi’s world view.’

Last night, Sir Graham Brady, the chairman of the Tory backbench 1922 Committee – who voted against the rule of six – said it should be axed altogether rather than be subject to a specific exemption that could create its own anomalies – such as for family groups of up to 13.

Sir Graham added: ‘This rule is an intrusion into the liberty and private life of the British family.

‘We should be relying on people’s common sense and judgment instead and ditch the rule completely rather than adding another layer of complexity to the existing rules, which would simply lead to fresh problems.’