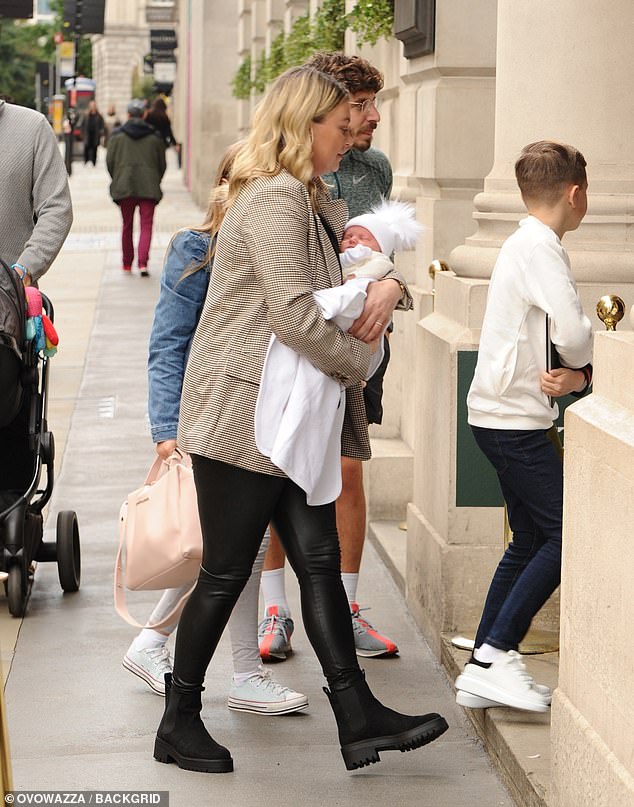 They welcomed her into their family just three and a half weeks ago.

And Billi Mucklow and Andy Carroll were seen out with their newborn daughter Marvel Mae as they headed for Sunday lunch at the five-star NED Hotel in London.

The doting parents headed inside along with other members of their growing clan, which includes the couple’s two children Arlo, four, and Wolf, two.

Maternal bond: Billi Mucklow and Andy Carroll were seen out with their newborn daughter Marvel Mae as they headed for Sunday lunch in London

As they headed into the restaurant, former TOWIE star Billi, 32, looked chic in a tweed jacket and black leather leggings, as she cradled their precious bundle of joy in her hands.

And Marvel Mae looked incredibly sweet as she slept in her mum’s arms, dressed in white with a woollen hat featuring an enormous fluffy white bobble. 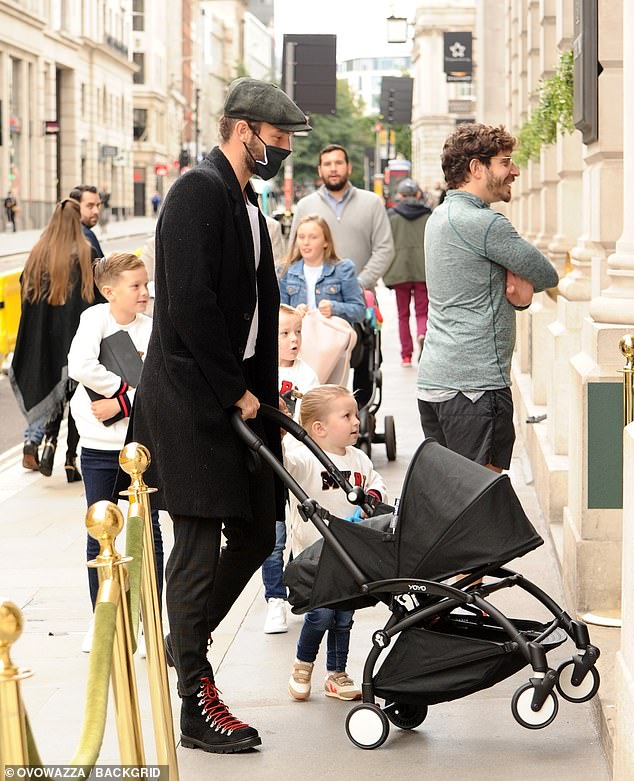 Family day out: The doting parents were accompanied by other members of their growing brood 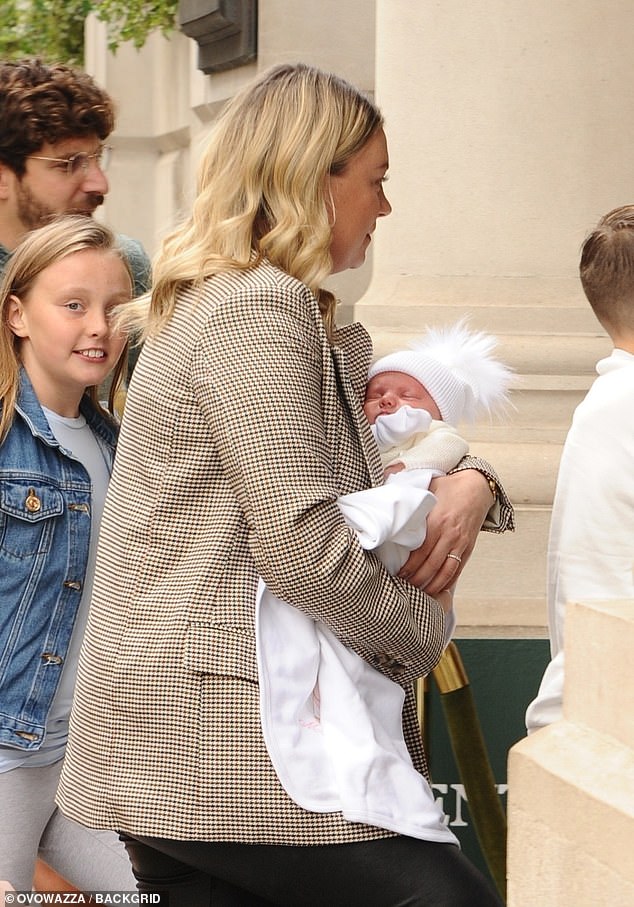 Precious: Marvel Mae looked incredibly sweet as she slept in her mum’s arms

He completed his stylish look with a grey flat cap and a pair of grungy red-laced black biker boots.

Billi and Andy, who live with their children in their £5million mansion in Chigwell, Essex, initially kept the due date and gender of the baby under wraps.

Last month Billi, announced she’d welcomed a baby girl with in a sweet Instagram post, revealing the newborn had arrived as a ‘surprise’.

In the post, Billie wrote: ‘Welcome To The World Baby Girl! You Arrived On Your Big Sister Birthday What a Lovely Surprise. 15-09-20. 6lb4oz. Hope Your Ready To Come Home To Our Crazy House.’ 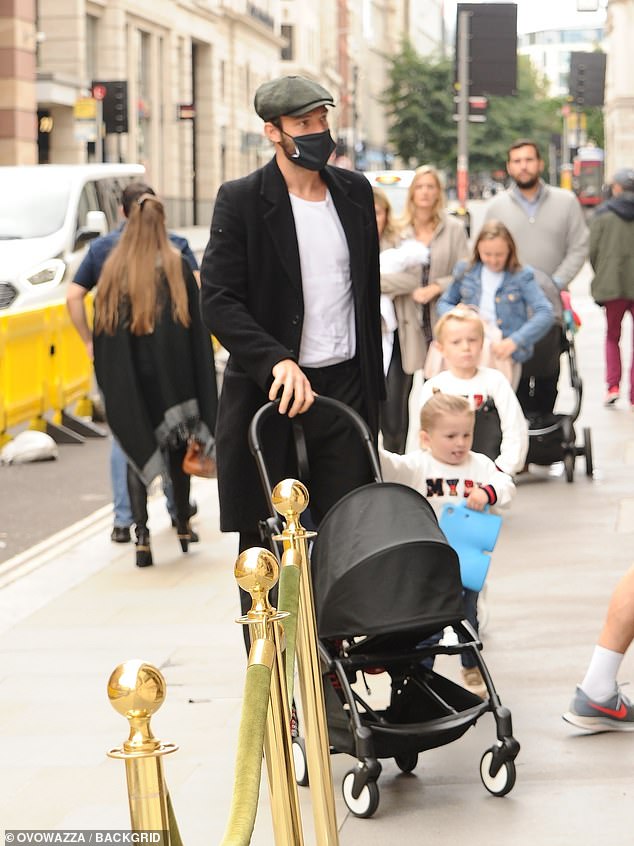 Andy also announced the birth of their daughter on his Instagram page, as he said the day she arrived was ‘a day to remember’, after celebrating daughter Emilie’s eleventh birthday on the same day, preparing for a football game and then getting the call that Billi was in labour.

The couple have been together for seven years, and became engaged in November 2014 when he got down on one knee in Rome, Italy.

While nothing appears to have been arranged, the blonde had previously revealed that the couple were planning to wed in the summer of 2017.

Speaking to OK! magazine at the time, she said: ‘I wanted to spend a few months enjoying Arlo as a baby before we started getting busy with wedding stuff. I definitely want a massive wedding, though.’ 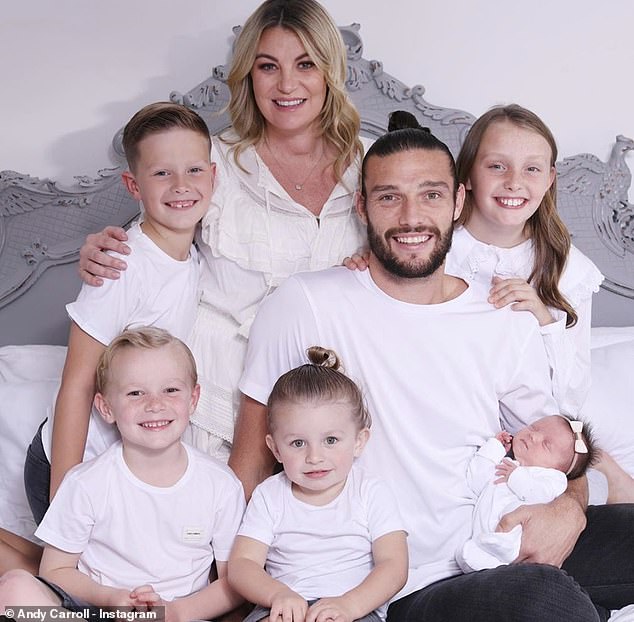 His brood: Andy shared this sweet family portrait to Instagram on Saturday