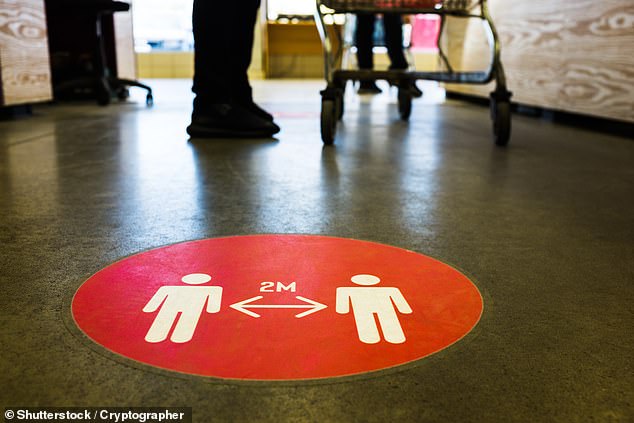 Is it just me? Or are officious social distancers a nightmare? asks MELANIE MCDONAGH

By Melanie Mcdonagh For The Daily Mail

The other day I was walking along a path in my local park, minding my own business. In the opposite direction, a middle- aged man approached.

As he got closer, he stuck out a walking stick at arm’s length, with the clear intention of keeping me and the woman behind me at the obligatory two- metre distance.

For good measure, he glowered at us before stalking off, swinging his stick. It felt rude, unnecessary, almost showing off. What did he think we were going to do? Sidle up to him and cough?

Melanie McDonagh argues the pandemic has given control freaks and an excuse to be bossy and obnoxious. Pictured: Stock image

If he was that worried, he could have walked on the grass to keep away from other people.

But he’s not alone. The pandemic seems to have given control freaks an excuse to be bossy and obnoxious.

On a river towpath a while ago, I encountered a woman coming in the opposite direction who stuck out both arms wide to keep me at bay and stared menacingly.

The same behaviour is more understandable in closed spaces and in shops where the possibility of infection is greater, but it’s still tiresome. In one, I found an assistant holding an enormous ruler, with a look in her eyes that said she intended to use it to show what two metres looks like.

I do realise that, more than six months after restrictions began, people are starting to relax their guard. At gatherings, people have started to revert to their old behaviours, shaking hands and cheek kissing. And many of us have to keep vigilant to protect elderly relatives.

But there’s a difference between avoiding direct physical contact and being gratuitously aggressive.

A public space is just that, and there’s a balance to strike between keeping safe and being officious.

If you have a stick, keep it to yourself. And be warned: the next time a shop assistant tries to poke me with a very long ruler, there’ll be trouble.