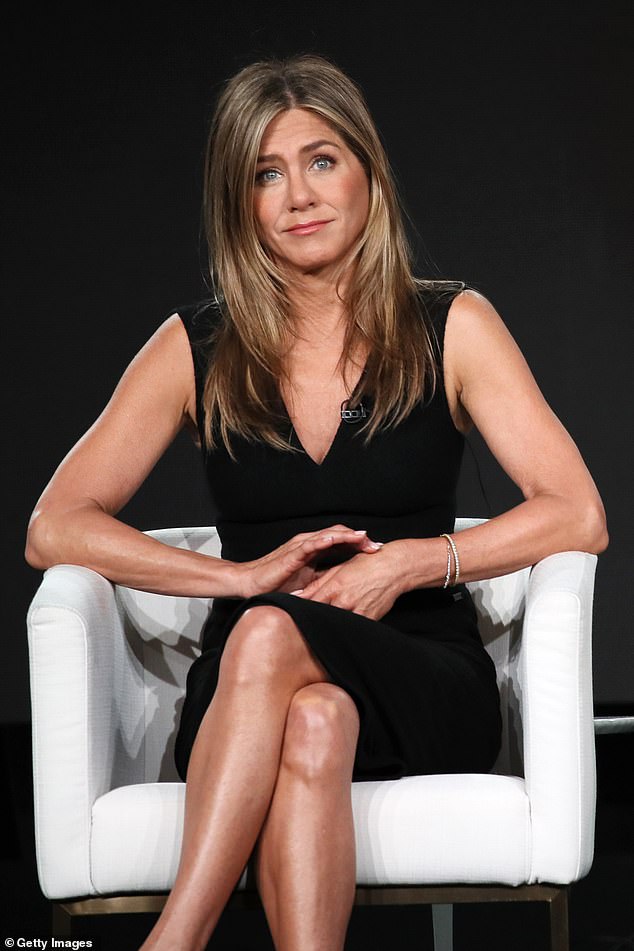 Jennifer Aniston took to social media on Sunday with a shot of her new puppy Lord Chesterfield.

‘Hi! I’d like to introduce to you the newest member of our [paws emoji] family….this is (a very tired) Lord Chesterfield,’ Aniston, 51, wrote on Instagram. ‘He stole my heart immediately. A HUGE thank you to @wagmorpets for the incredible work you do.

‘Grateful you take such great care of these rescues and find them their forever homes.’

The latest: Jennifer Aniston, 51, took to social media on Sunday with a shot of her new puppy Lord Chesterfield

The perennial A-lister also posted a clip in which the young pooch was seen resting with a bone.

‘Chesterfield, have you fallen asleep with your bone in your mouth? I think you have?’ said Aniston, who played Rachel Green on the 90s NBC hit Friends.

Moore wrote, ‘Oh my goodness!!’ while Stern called Lord Chesterfield ‘the cutest ever’ and Sharapova added, ‘Love at first sight.’ 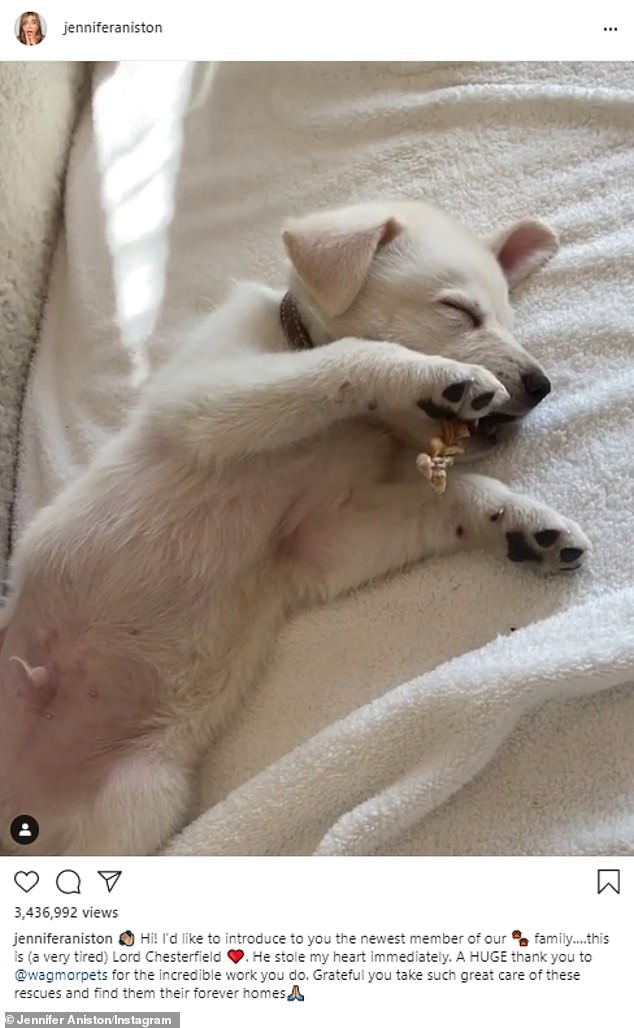 Credit: Aniston thanked The Wagmor Pet Hotel & Spa for their help in the acquisition 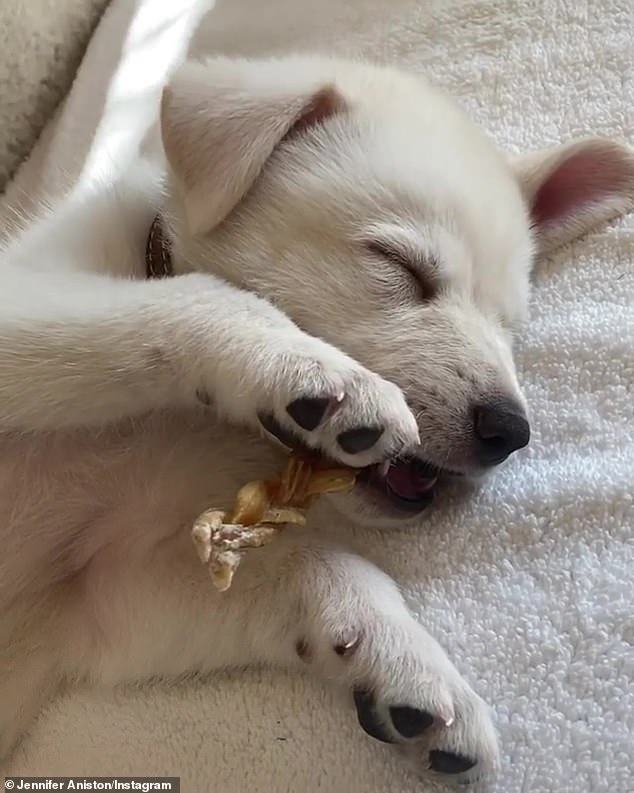 Too cute: The perennial A-lister also posted a clip in which the young pooch was seen with a bone 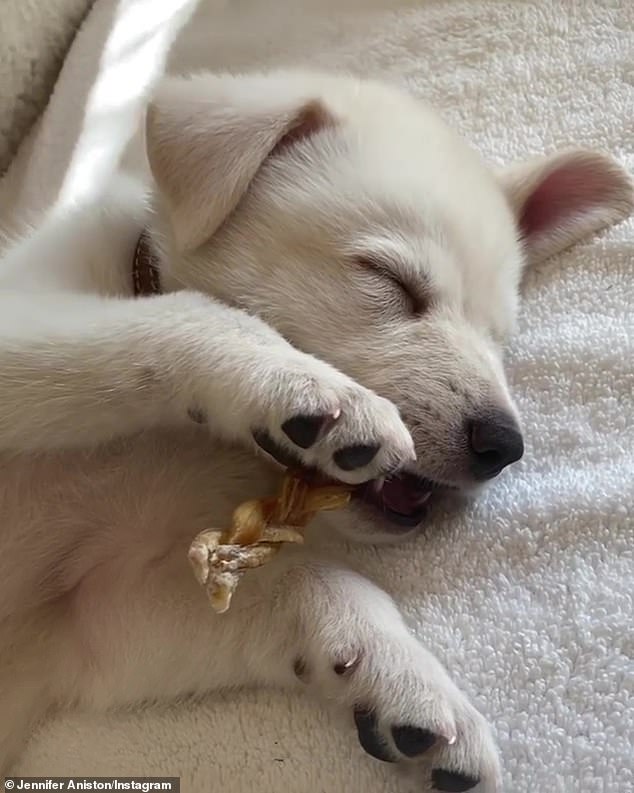 Aww! Jen said of her new pet, ‘He stole my heart immediately’

The Morning Show star is owner to two other dogs: pitbull Sophie and Schnauzer mix Clyde. She formerly owned a German Shepard named Dolly (who died last year) with her ex-husband, The Leftovers star Justin Theroux.

Last December, Aniston told People that she’d ‘come so close’ to adopting another puppy, or another type of pet.

‘And my friend Ellen DeGeneres, as you know, loves nothing more than to bombard me with extremely heartbreaking photographs of animals that need homes,’ she told the magazine.

She continued: ‘And by the way, if I could have a llama, a pig, an alpaca, sheep, goats, I would. But I have to be very sensitive to Clyde and Sophie because it’s all about whether they are going to be happy.’ 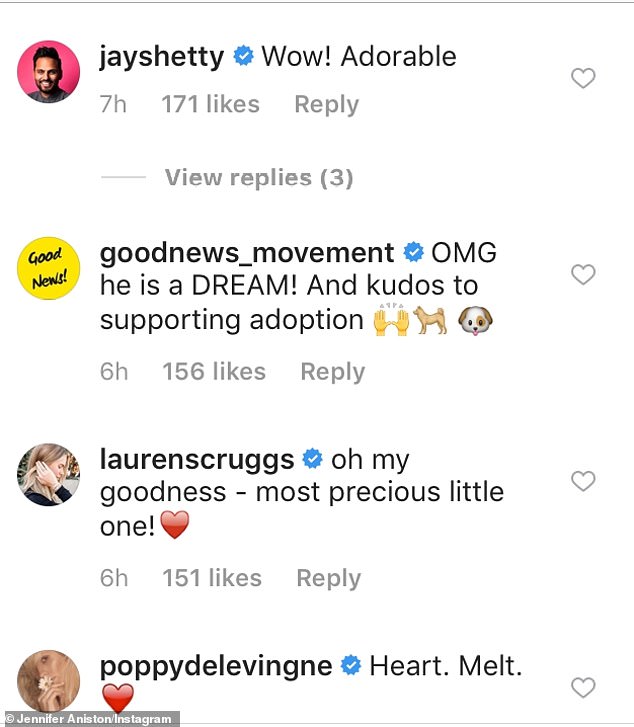 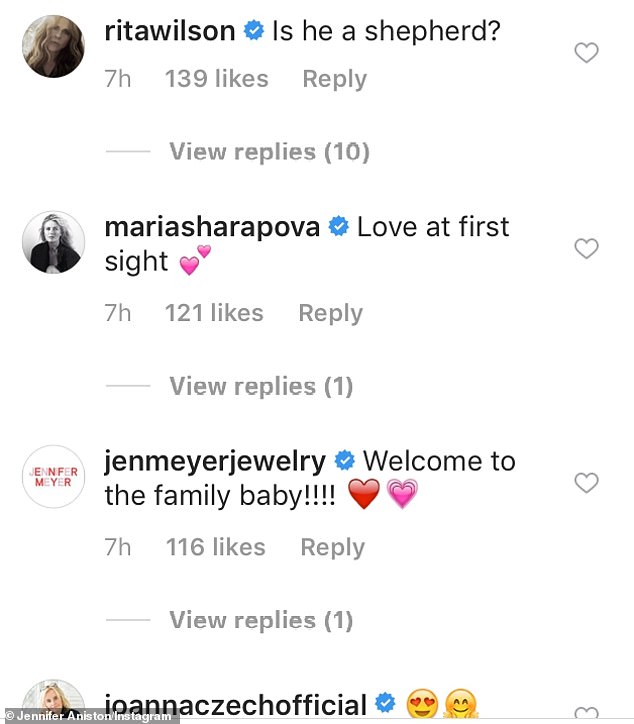 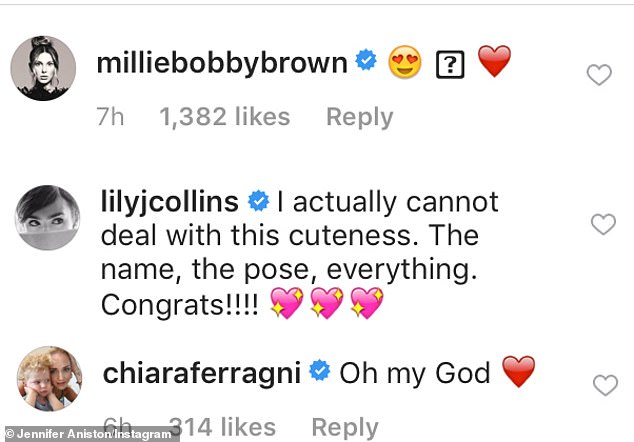