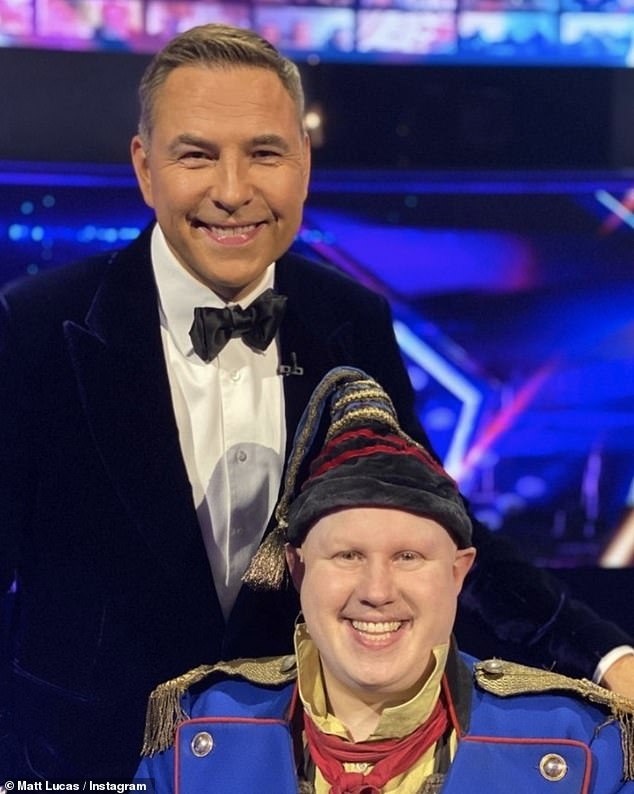 It’s been nearly a decade since their last comedy series together, Come Fly With Me, aired in 2011.

So it is not surprising that the reunion of Matt Lucas and David Walliams at the Britain’s Got Talent final on Saturday night sent fans wild with excitement.

Their jubilant appearance together also confirmed the duo have well and truly reconciled, following a near-decade-long feud that lasted from 2011 until at least 2018.

Tongue in cheek: Matt cheekily captioned his photo as though they had never met before

Matt, 46, appeared on the show as a performer in a dazzling musical extravaganza that showcased the best of British musical theatre talent.

The new Bake Off host featured in a segment from Les Miserables alongside theatre legend Michael Ball.

He sang and performed the part of corrupt landlord Thénardier, dressing in a blue and gold military jacket and a woollen hat.

David, 49, appeared on the show in his regular role as one of the Britain’s Got Talent judges.

Excited: A number of fans expressed their glee at seeing the comedy duo reunited again 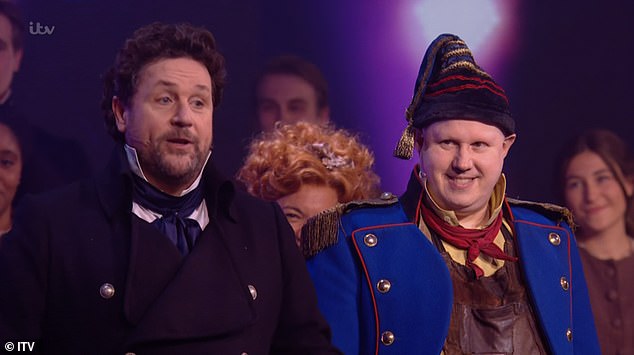 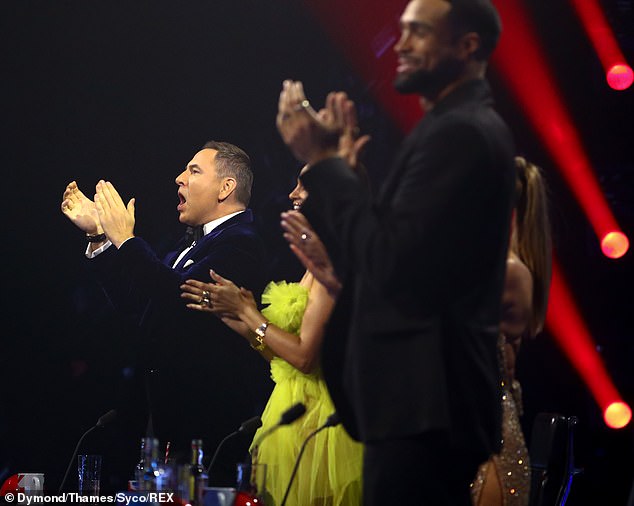 Wow! David, appearing in his regular role as Britain’s Got Talent judge, looked amazed by the musical theatre segment that his friend featured in

Following the evening’s proceedings – which saw comic act Jon Courtenay become the first ever Golden Buzzer act to win the show – Matt and David delighted fans by posing for a photo together.

Matt posted the snap to his Instagram, which showed the duo still decked out in their respective Britain’s Got Talent garbs as they grin from ear to ear.

Ever the comedian, Matt cheekily captioned the post: ‘When that guy from Les Mis met that judge from Britain’s Got Talent.’

But it seemed any discord was behind them, and commenting on Matt’s post, fans were quick to express their happiness at seeing the two Little Britain performers reunited

One fan wrote: ‘Little Britain comeback pls,’ while another simply exclaimed: ‘Woah this is crazy’. 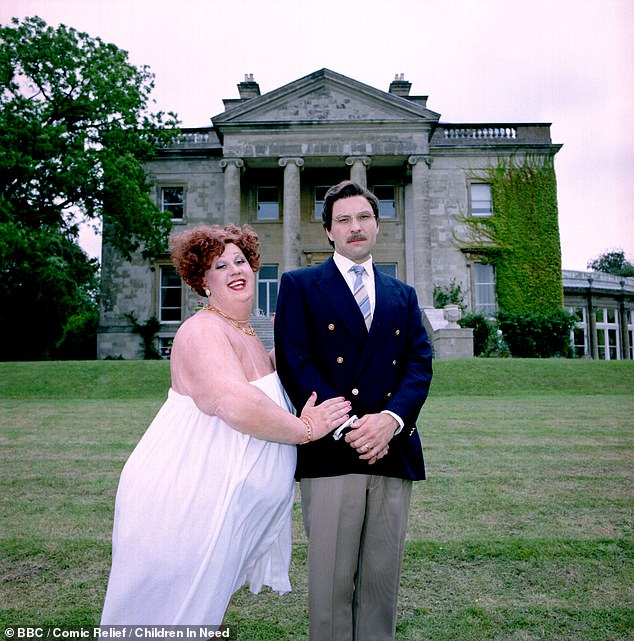 How they were: Matt and David appeared on Little Britain together between 2003 and 2007, as well as in a number of special episodes since

Yet more fans shared in Matt’s joke, imagining that this was the first time that the two funnymen had met.

One wrote: ‘Maybe you guys should work together some day’.

A second commented: ‘You two should collaborate… you would make a great comedy couple!!’

The comedy duo confirmed they had very much buried the hatchet when they posed together at the 40th birthday party of their mutual pal, actor Luke Evans in April 2019.

Between 2011 and 2018 – when they both attended Dale Winton’s funeral – neither Little Britain star were seen in public together. 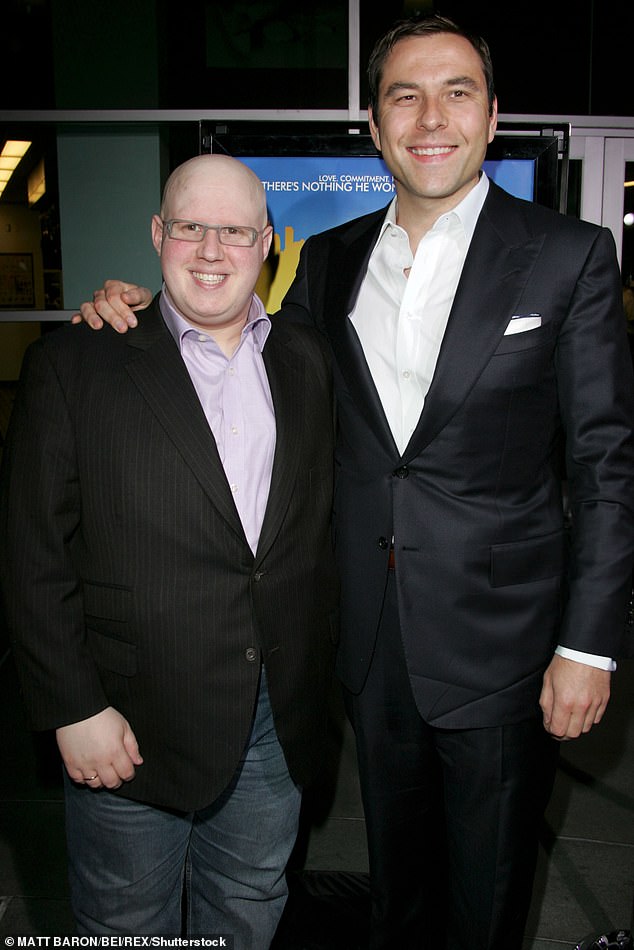 Feuding: The former best friends previously had a massive falling out that lasted nearly a decade (pictured in 2008)

Matt released his autobiography Little Me: The A-Z Of Matt Lucas in 2018 in which he uncovered their explosive backstage fights as well the manic performances that made them, briefly, the most celebrated comedy duo in the country.

In the tome he snipes: ‘Walliams has now sold so many children’s books he can probably buy his own private jet, all decked out in pink, with a river inside it for him to swim up’ — a swipe at the fame Walliams acquired when he swam the Channel and, later on, the length of the Thames.

In his autobiography, Matt revealed how tensions boiled between the pair in 2005 during their Little Britain Live tour, leading to a spectacular backstage fight.

The two men demanded separate dressing rooms but found they had to prepare together before every show, just to cope with all the technical issues each night.

Disputes then started over trivial matters, such as David’s apparent insistence that jumbo packs of Maltesers should be provided by the promoter at every venue.

David and Matt first met in The National Youth Theatre, and broke onto the comedy scene with the sketch series Little Britain in 2003.

The series created iconic characters such as Andy and Lou (with the catchphrase ‘I don’t like it’), Vicky Pollard (‘Yeah but no yeah but no but’) and Carol Beer (‘Computer says no’).

After three series the show concluded in 2005, but sparked a US spin-off three years later and numerous one-off specials for Comic and Sport Relief.

But is was around the shows conclusion that tensions first reportedly began to bubble between the pair, as Matt described in his autobiography. 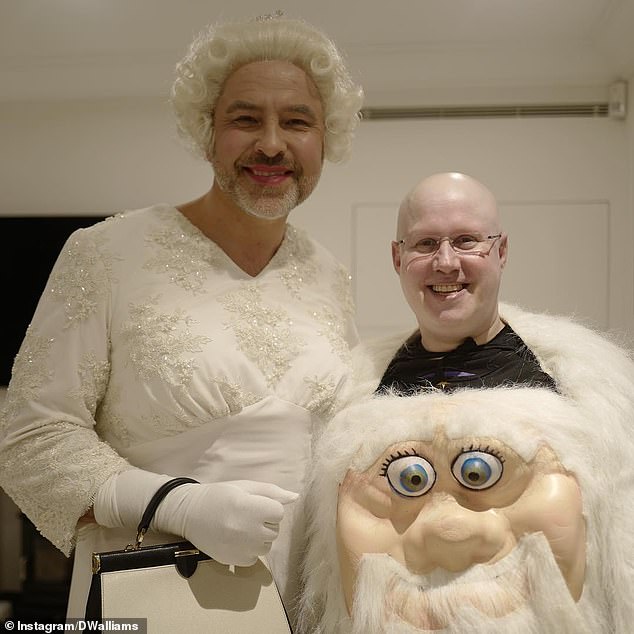 Friends again: The comedy duo confirmed they had very much buried the hatchet when they posed together at the 40th birthday party of their mutual pal, actor Luke Evans in April 2019

Cabin fever began to set in, with things finally boiling over in Oxford a few nights before a Comic Relief special, and while the pair reconciled a similar bust-up at the end of the Australian tour in 2007 severed ties further.

When asked whether his use of past tense implied the partnership is finished, David added: ‘Well, it’s over for the time being. Whether it’s over for ever I don’t know. But Matt wanted to go off and do his own thing, he wanted to be himself on a show, he wanted to do The Matt Lucas Awards and that’s why at the moment we are not doing things together.

‘Whether we will in the future, I don’t know. I certainly hope so. But for the moment I’m enjoying my freedom.’

Since their split David has gone onto land a spot on the Britain’s Got Talent in 2012 – and has remained ever since – alongside publishing ten children’s books, and was awarded an OBE last year for services to charity and the arts.

Meanwhile Matt went onto land a regular role as Nardole opposite Peter Capaldi in Doctor Who in 2015, as well as plenty of TV guest appearances.

He has also starred in Hollywood movies such as Alice In Wonderland and Bridesmaids and recently became the newest Great British Bake Off host. 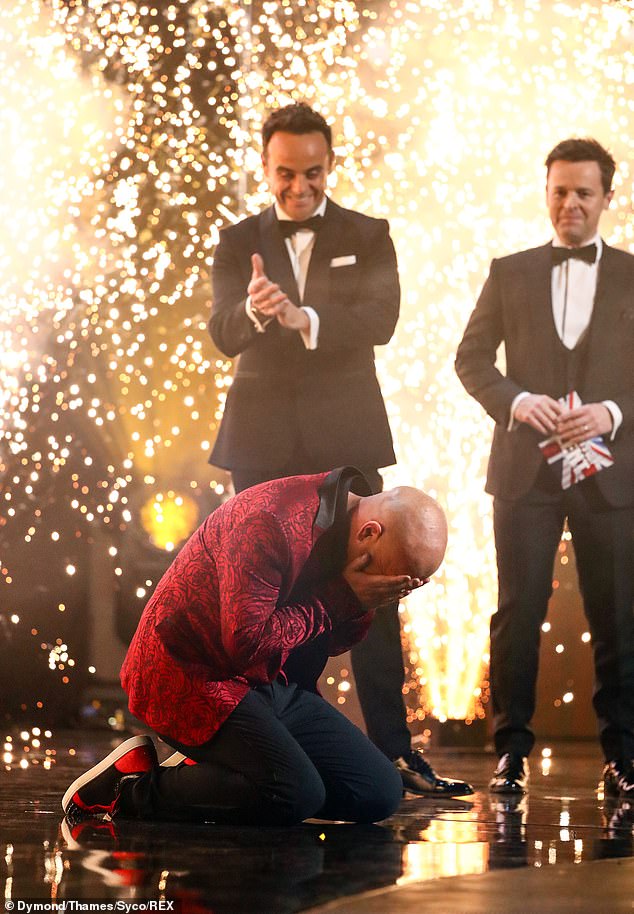