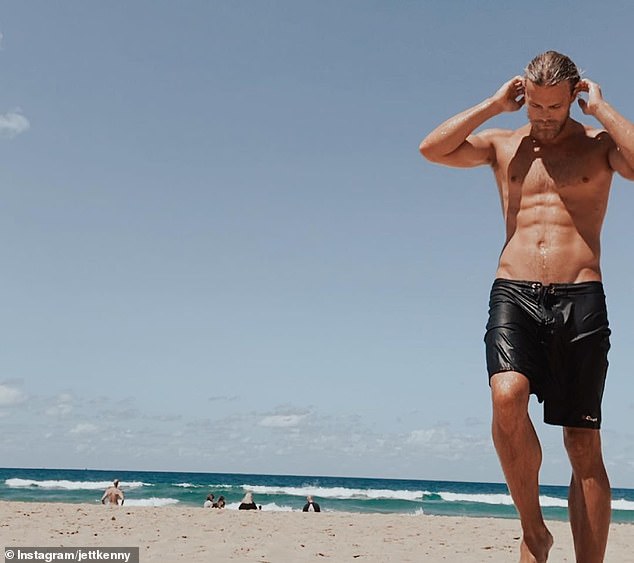 Jett Kenny is forging a successful career as a runway and editorial model.

And on Sunday, the 26-year-old appeared to have taken time out for himself at a beach on the Sunshine Coast.

The son of former Ironman Grant Kenny and competitive swimmer Lisa Curry, shared photos to Instagram of himself in black board shorts, emerging from the surf.

Jett’s six-pack abs were on full display as he strolled across the sand.

One particular shot saw the Queensland-based star appearing deep in thought, gazing out into the distance.

He simply captioned the candid photos with a sunshine emoji. 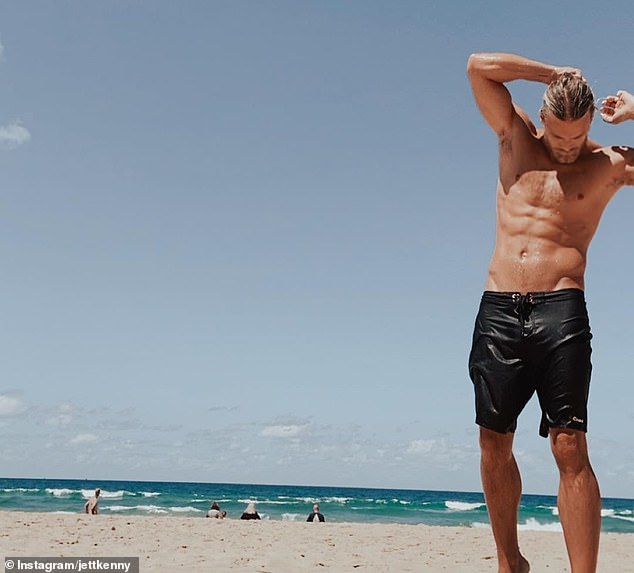 Candid: The son of former Ironman Grant Kenny and competitive swimmer Lisa Curry, shared photos of himself in black board shorts, emerging from the surf 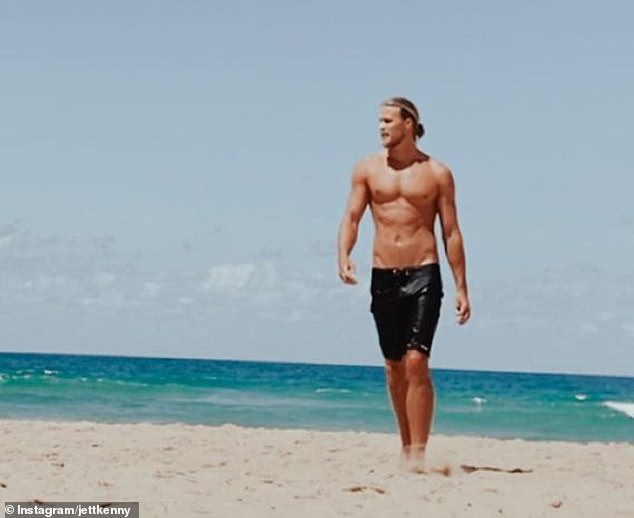 Visual: Jett simply captioned the candid photos of his ripped body with a sunshine emoji

Jett previously shared a heartfelt tribute to his beloved sister Jaimi, who passed away at age 33, last month.

‘You were there whenever I needed you, you taught me how to cook gourmet food like roast potatoes, chicken and salad, and tacos – the essentials in our household,’ he wrote in the caption of an Instagram post.

‘You gave me a slight insight into fashion by dressing me in up in dresses and putting makeup on me when I was young. You’d sit behind me while I ate dinner and would pick at anything pimple looking on my back – even if it was just a mole. 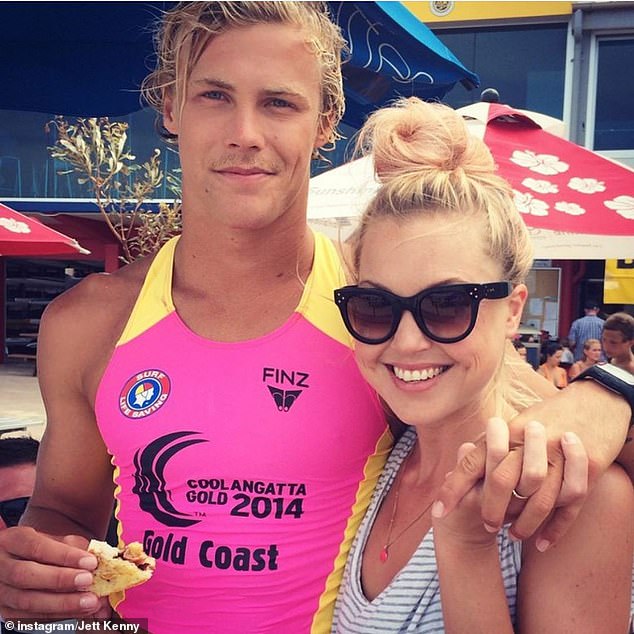 ‘I will love you forever’: Jett previously shared a heartbreaking tribute to his sister Jaimi (right) on Instagram – six days after her tragic death at age 33

Jett went on to say: ‘Jaimi, I will love you forever and you will always have a place in my heart. I will miss you dearly, but cherish the moments we had together greatly. I love you so much, and I will see you again at some point.’

He also thanked ‘everyone for their overwhelming love and support’.

The Kenny-Curry family confirmed Jaimi’s death on September 14 in a statement. 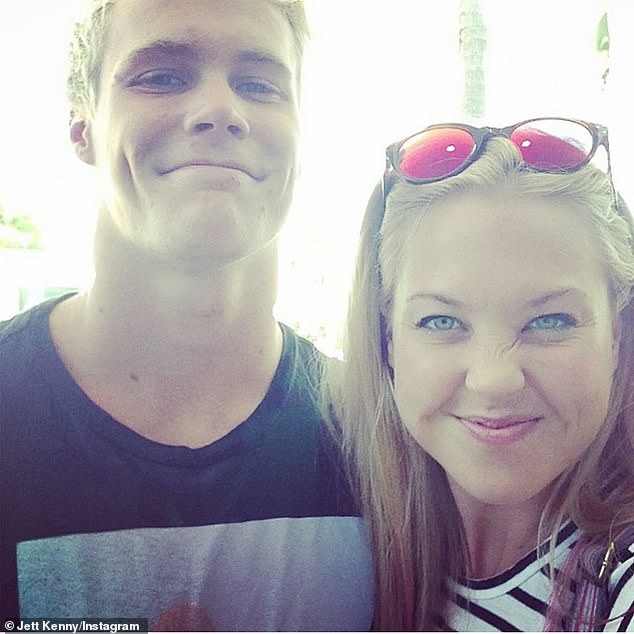 ‘It is with a very heavy heart that Lisa and I confirm our beautiful daughter Jaimi has lost her battle with a long-term illness and passed away peacefully in hospital this morning in the company of loving family,’ read the statement by Jaimi’s father, Grant.

‘Jaimi will forever be remembered as a caring, bright and loving soul who always put others before herself,’ the statement continued. 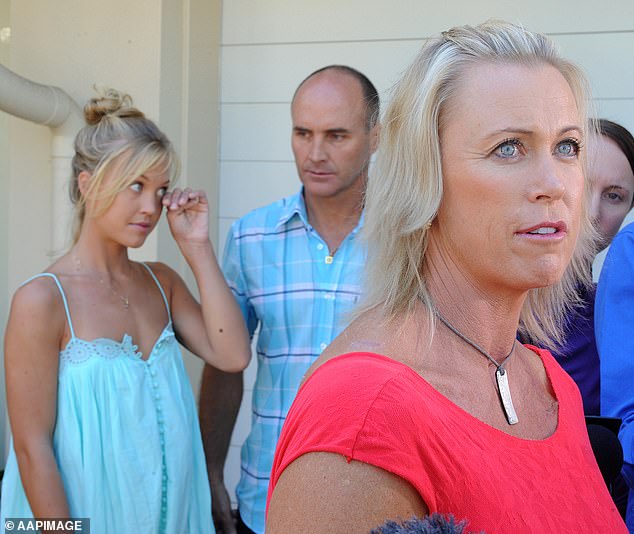 Family: Jaimi (left), the eldest daughter of Aussie sporting power couple Grant Kenny (centre) and Lisa Curry (right), died at the age of 33. Pictured on the Sunshine Coast on April 3, 2008

For free and confidential support, contact Lifeline on 13 11 14 or the Butterfly Foundation for eating disorder concerns on 1800 ED HOPE 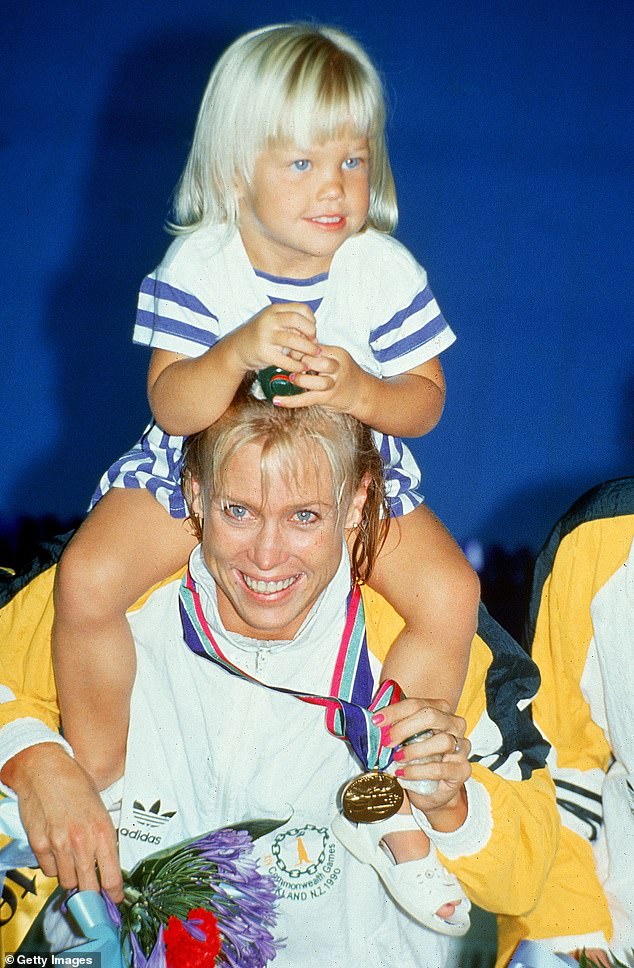 Tragic: While the family’s statement did not specify the nature of Jaimi’s illness, it’s understood she had long battled an eating disorder. Pictured: Lisa carrying Jaimi on her shoulders after winning gold at the 1990 Commonwealth Games in Auckland, New Zealand