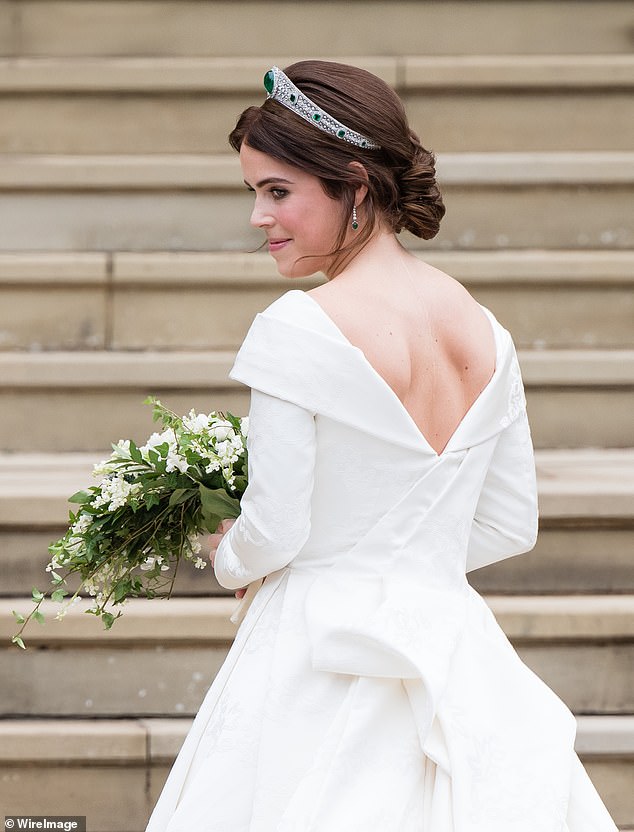 Princess Eugenie has hailed Selena Gomez as ‘super cool’ for showing off her kidney transplant scar in a recent swimsuit shot online.

The Queen’s granddaughter, 30, who is expecting her first child with husband Jack Brooksbank, has been praising women on Instagram recently for showing off the scars they sustained from surgical procedures.

She shared a snapshot of the US-based singer and actress’s on her Instagram stories, commenting: ‘I thought this was super cool of Selena Gomez to show she’s confident of who she is and what she went through after finding it difficult to show her scar.’

Eugenie underwent life-changing spinal surgery to treat scoliosis aged 12, leaving her with a sizable mark along her spine, which she showcased by wearing a wedding dress with a revealing back during her 2018 nuptials to Jack Brooksbank.

Princess Eugenie, 30, has applauded Selena Gomez on Instagram for showing off her kidney transplant scar, calling the A-lister ‘super cool’

Selena initially shared the picture in late September to promote a swimsuit designed by her friend Theresa Mingus.

The snap showed her standing in a blue one-piece, her right leg arched up, revealing a scar on her upper thigh.

When Selena shared the snap,  she admitted she had struggled with her looks and her scar following her kidney transplant in 2017.

The singer underwent a kidney transplant from her friend Francia Raisa in 2017 after she was diagnosed with Lupus. 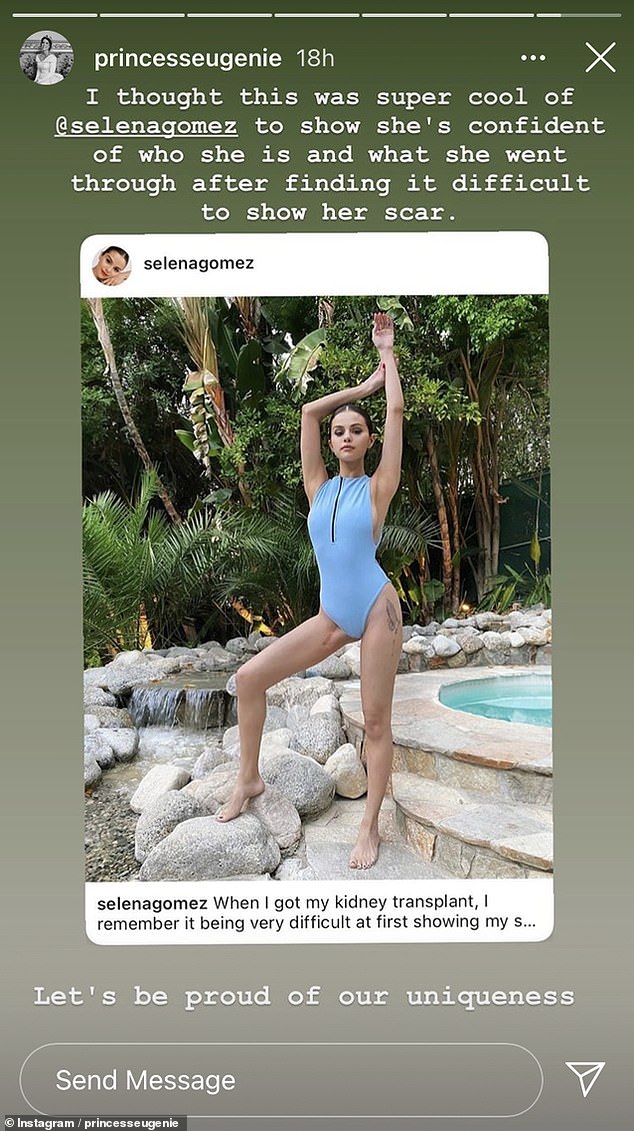 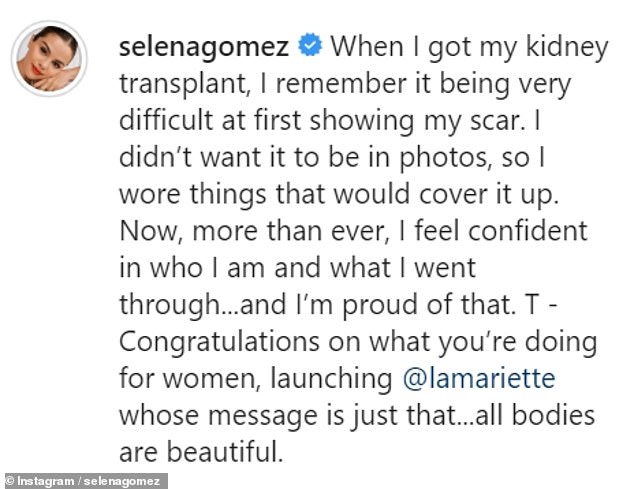 When Selena initially shared the post, she admitted she struggled with her appearance after her kidney transplant surgery left her with a scar in 2017

‘When I got my kidney transplant, I remember it being very difficult at first showing my scar,’ she wrote.

‘I didn’t want it to be in photos, so I wore things that would cover it up.

‘Now, more than ever, I feel confident in who I am and what I went through…and I’m proud of that,’ she added.

Eugenie re-shared the picture with a message of praise on her Instagram story over the weekend.

She called the actress ‘super cool’ and praised her for her confidence, adding: ‘Let’s be proud of our uniqueness.’ 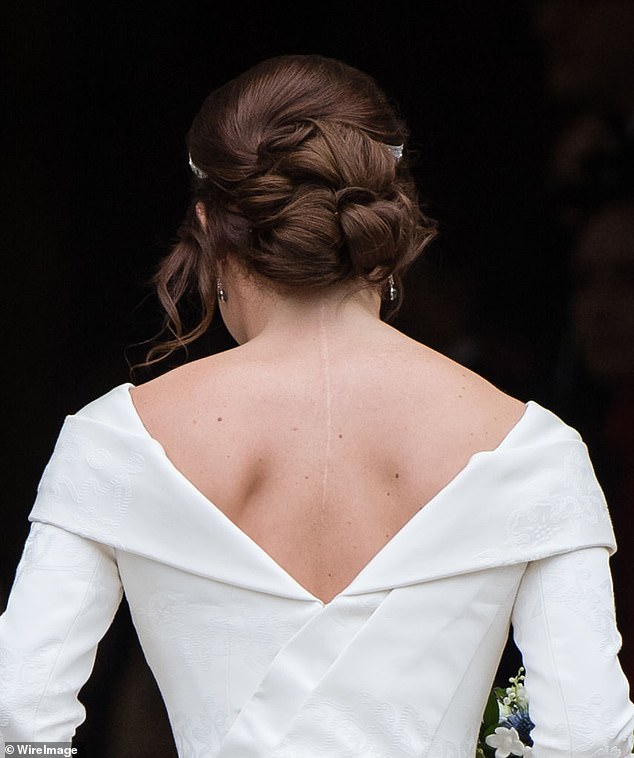 On her wedding day, the royal wore her hair up and a dress Peter Pilotto and Christopher De Vos in order to show her scar

The royal underwent spinal surgery to treat scoliosis aged 12, leaving her with a sizable mark along her spine.

She has posted pictures of her own scar on social media and has reshared countless photo on her story to encourage other women to do so.

On her wedding day in October 2018, the royal bravely wore a dress with a low back, designed by London duo Peter Pilotto and Christopher De Vos with her hair up and no veil, to show her scar.

She later said: ‘Part of it was showing my scar and I believe scars tell a story about your past and your future, and it’s a way of getting rid of a taboo.’