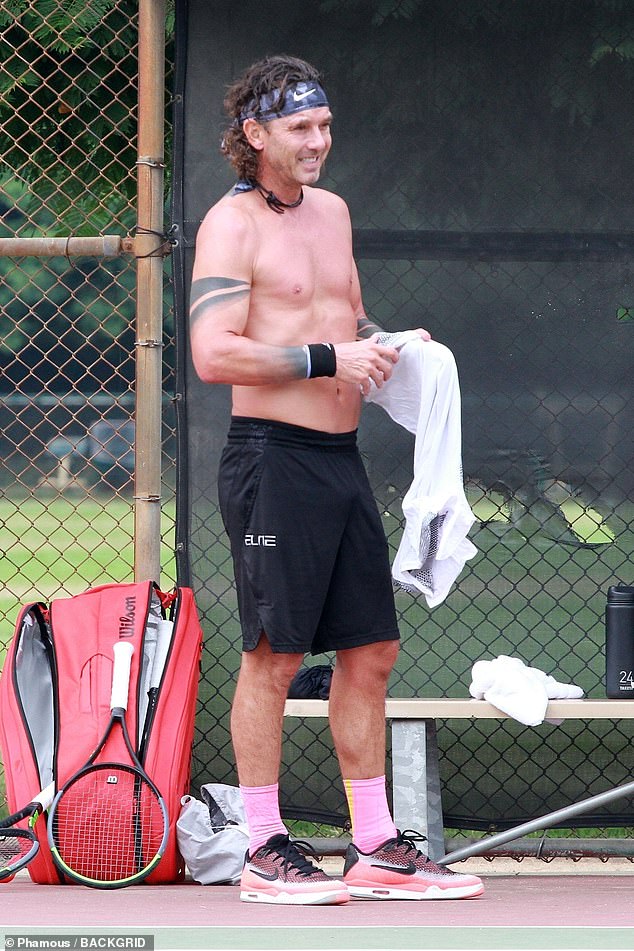 He’s been a tennis fan since he was growing up in London.

And on Sunday, Gavin Rossdale once again hit the courts for an energetic match with a pal.

The musician, 54, was kitted out in designer gear and Wilson rackets for the sweat session in LA.

Game, set, match: Gavin Rossdale, 54, revealed his honed physique after working up a sweat on a tennis court in LA on Sunday

For the match, Rossdale opted for a black t-shirt and shorts which he paired with pink socks and Nike trainers.

He kept his hair out of his face with a blue Nike headband and wore black wristbands.

The Bush frontman, who released the band’s latest album The Kingdom in July, has been regularly playing tennis during the coronavirus pandemic. 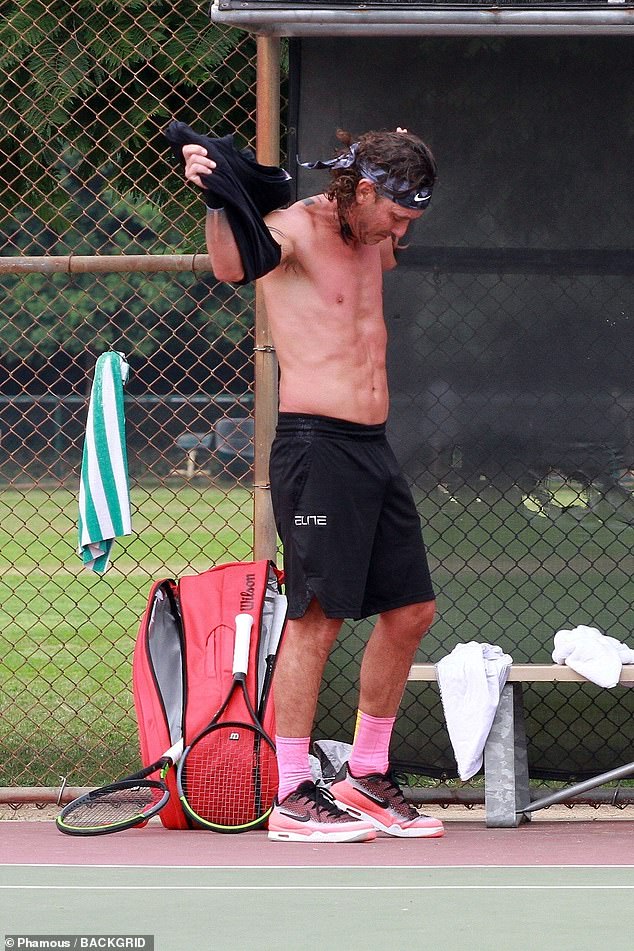 Fit: The musician was kitted out in designer gear for his match including pink Nike trainers and a blue Nike headband 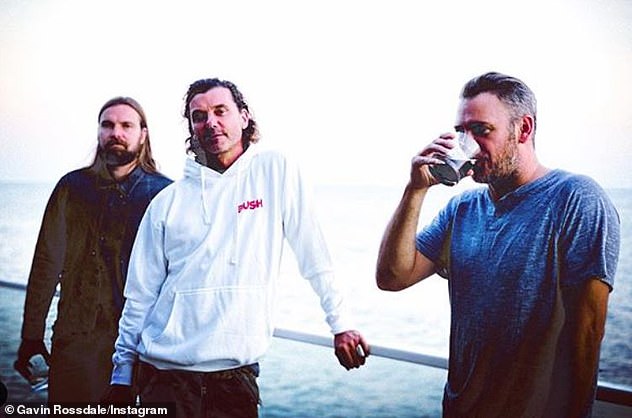 Rossdale is divorced from No Doubt frontwoman Gwen Stefani with whom he shares three sons.

A few months later, in November 2015, Stefani confirmed her romance with country music star Blake Shelton whom she met on the set of NBC’s The Voice.

The two are returning for season 19 of the talent competition this fall and while their relationship is still going strong, they’re not married despite the fact that many people think they are.

‘Do you know how many people say my ‘husband’ about him?’ the Don’t Speak hitmaker told Extra in an interview Thursday.

‘I guess we’re just together… people got used to it or something like that, but it’s pretty cute,’ she added.

In a separate interview with ET, Stefani gushed about being at Shelton’s ranch during lockdown along with her three sons from her marriage to Gavin Rossdale.

‘We got to be in Oklahoma as a family. We got to do things we never get to do, like try to make sourdough bread, like everybody else in America, and just do so many fun things – garden, tear down trees, plant tons of different things,’ she explained. 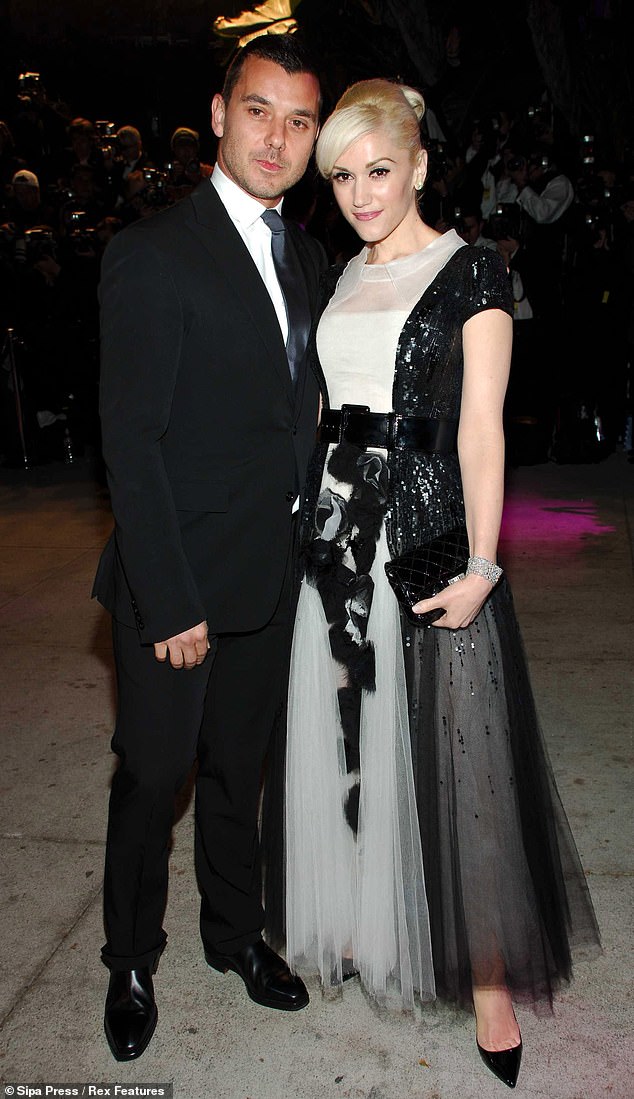 Exes: Rossdale is divorced from No Doubt singer Gwen Stefani with whom he shares three sons. The two married in 2002 but in August 2015, Stefani filed for divorce  (pictured 2007) 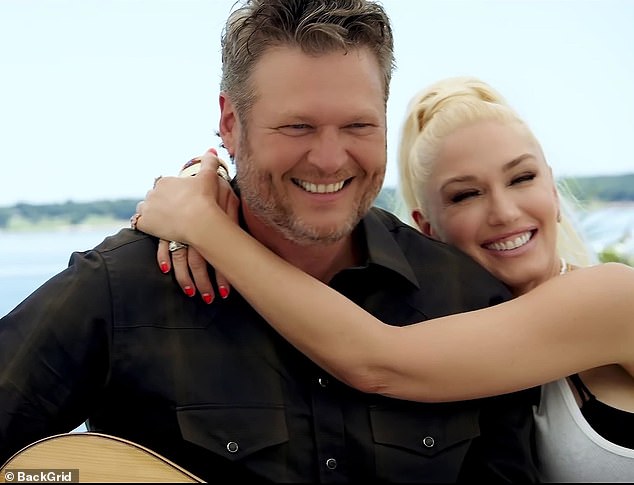 No ring needed: Stefani, 51, has been in a relationship with country music star Blake Shelton, 44, since November 2015 after they met on the set of NBC’s The Voice