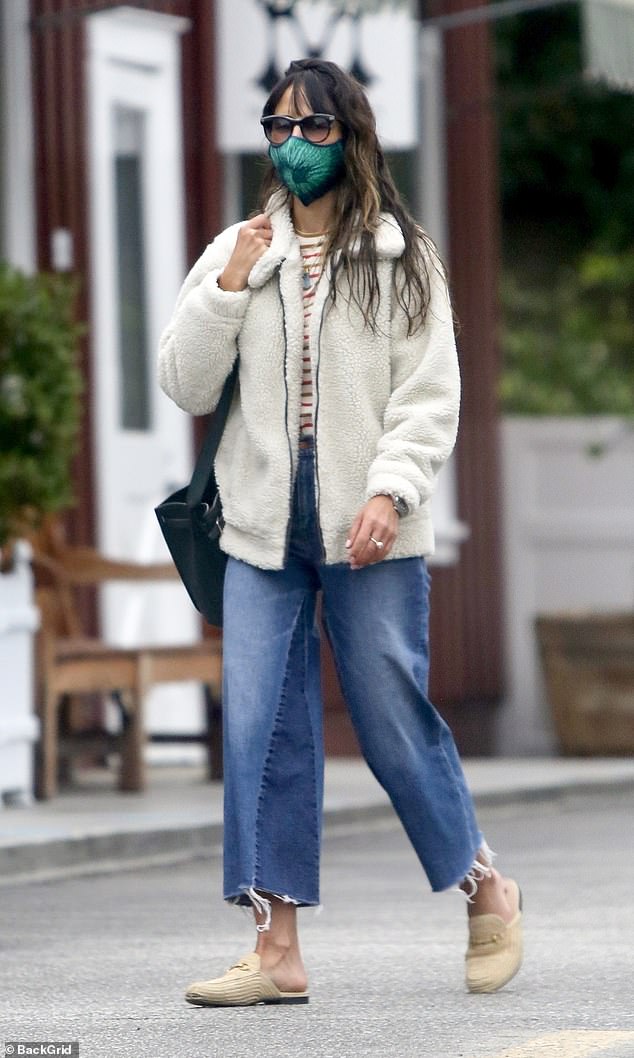 She filed for divorce from husband Andrew Form on July 1 and quickly found love again with new beau Mason Morfit.

But on Sunday, Jordana Brewster was by herself as she stepped out in LA’s upscale Brentwood neighborhood.

The Fast & Furious star, 40, was casually dressed for her coffee run and covered up with a large green face mask.

She wore a white fleece jacket and a pair of beige slippers.

The actress added black-framed sunglasses and carried a large black purse on a long shoulder strap.

She was seen stopping by a coffee shop where she picked up a cup of joe to go. 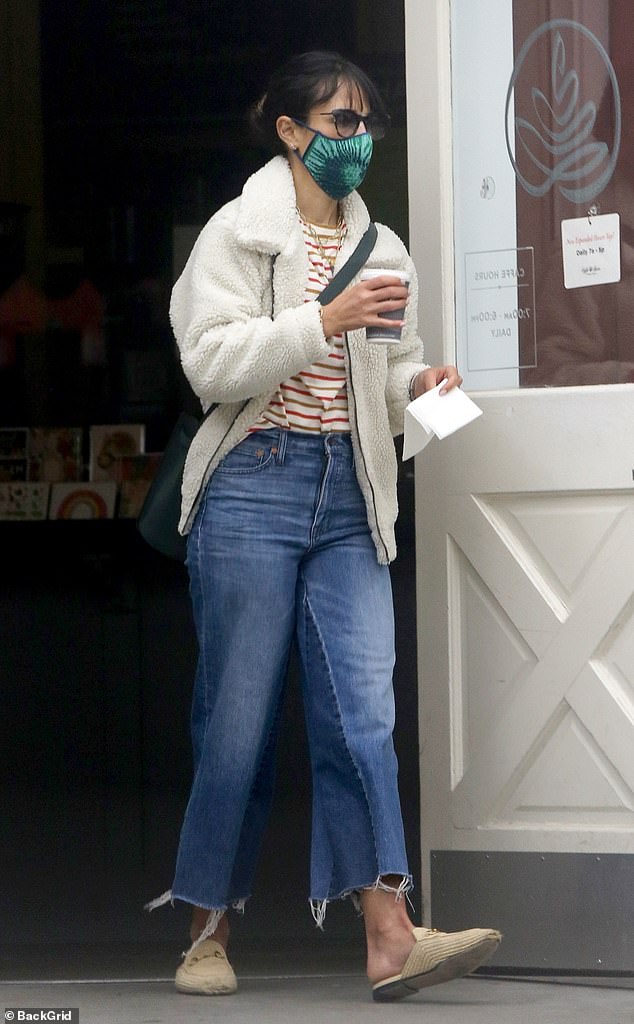 Casual Sunday: The Fast & Furious star, 40, paired a stripy top with baggy blue jeans with cropped frayed hems. She wore a white fleece jacket and a pair of beige slippers

Brewster met her now estranged husband Form, 48, on the set of the 2006 movie The Texas Chainsaw Massacre: The Beginning,

She was the star and he was the producer and they hit it off straightaway. They got engaged in November 2006 and married in May 2007 in the Bahamas.

They are parents to two sons, born via gestational surrogate – Julian, seven, and Rowan, four. 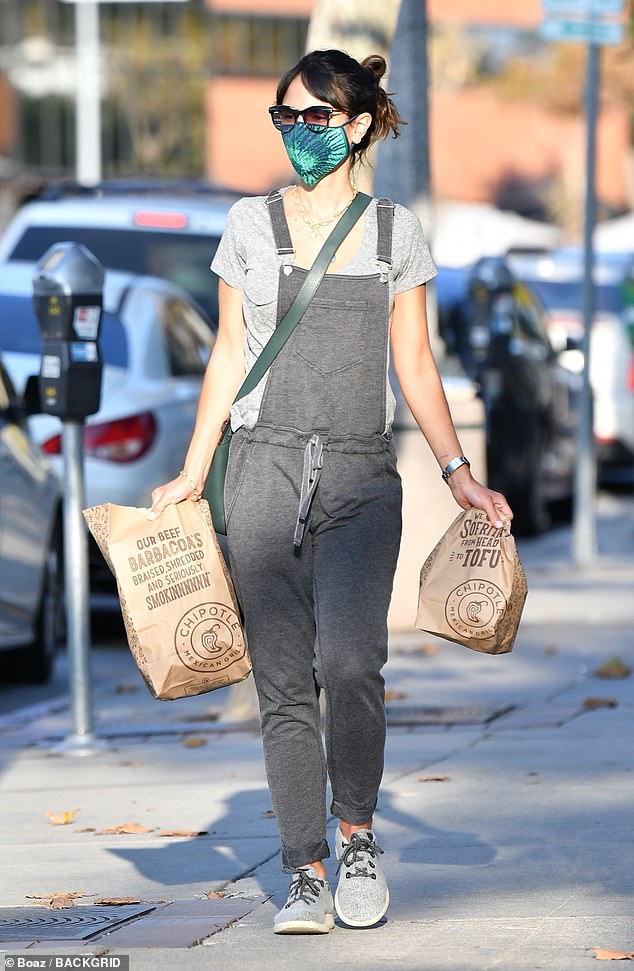 Errands: Later, the mom-of-two was put and about again, this time picking up food for her family. She looked relaxed in a gray t-shirt with dark gray overalls and gray sneakers

Later on Sunday, the mom-of-two was put and about again, this time picking up food for her family.

She looked relaxed in a gray t-shirt with dark gray overalls with matching gray sneakers.

It came after she posted to her Instagram earlier as she enjoyed some mini tacos and mini churros from fast food outlet Jack In The Box as she sat in the car with her kids. 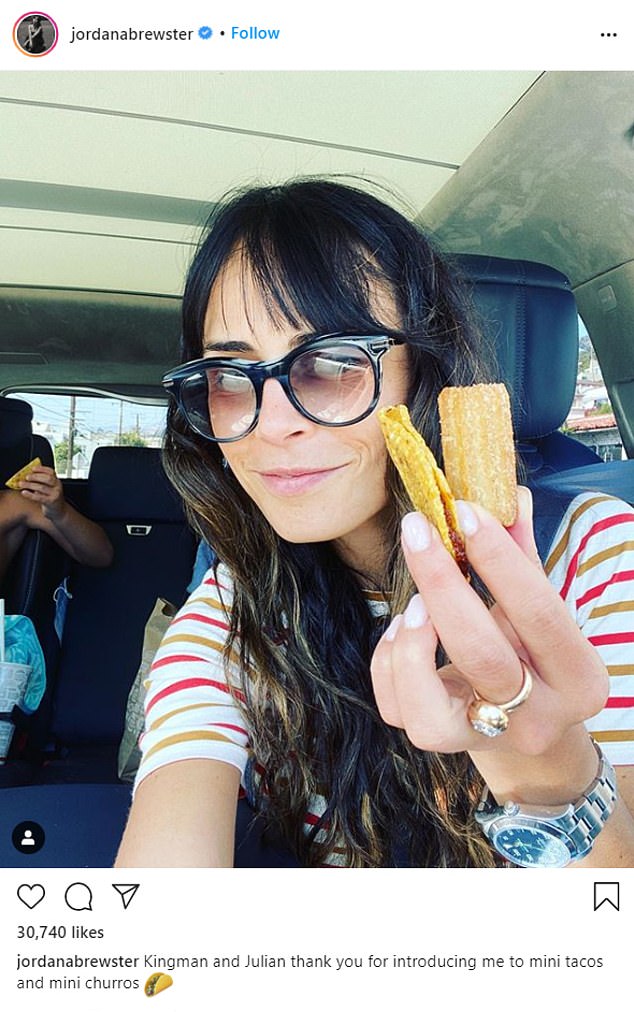 Mom: Brewster filed for divorce from husband of 13 years Andrew form on July 1. They are parents to sons Julian, seven, and Rowan, four