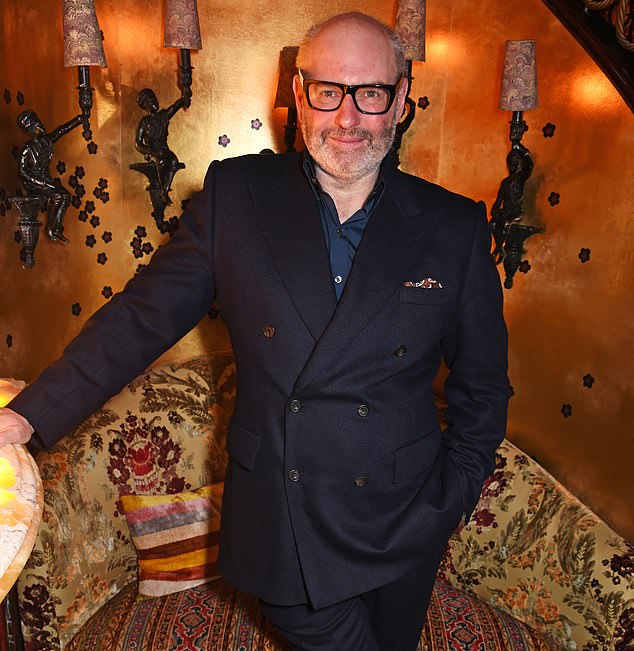 By Francesca Washtell City Correspondent For The Daily Mail

The decision to end VAT refunds for international visitors on goods such as perfume, clothing and electronics will be a ‘staggering own goal’, according to the luxury footwear firm’s chief executive Neil Clifford.

Chancellor Rishi Sunak announced the proposed policy change in September – to come into force next year.

But he is now facing major opposition after it was estimated the move would lead to 138,000 job losses and cost the economy £3.5billion.

Kurt Geiger boss Neil Clifford (above) has slammed the Chancellor’s ‘ludicrous’ decision to end VAT refunds for international visitors, calling it a ‘staggering own goal’

Businesses are considering seeking a judicial review while Heathrow Airport warned the decision could cost tens of thousands of jobs. Kurt Geiger said it could be forced to cut 600 workers.

Mr Clifford said: ‘At a time when UK retail employment needs more support than ever before, it is ludicrous that it is poised to become the only country in Europe not to offer tax-free shopping.’

In a letter to the Chancellor seen by the Mail, he argued that duty-free shopping should be kept – and even extended to visitors from the European Union who are currently exempt from the scheme. 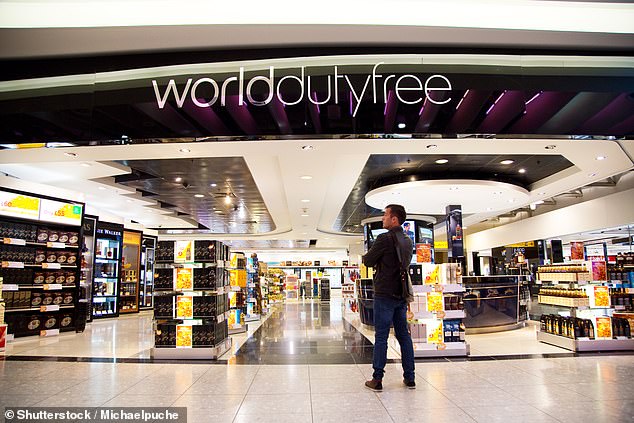 In a letter to Rishi Sunak, Mr Clifford said that not only should duty-free shopping be kept, but extended to visitors from the European Union who are currently exempt

The Royal Family’s shirt-maker has warned it will be forced to axe dozens of jobs if the Chancellor bans duty-free shopping.

Turnbull & Asser was founded in 1885 and draws customers from all over the world to its store in Jermyn Street, London.

The shop holds the warrant to make shirts for the Prince of Wales and former clients have included Sir Winston Churchill and US President Ronald Reagan.

More than half its sales come from international shoppers.

Chairman Neil Clifford – also the boss of Kurt Geiger shoes – has warned it will need to ‘significantly downsize’ its workforce of 70 highly-skilled employees, including cutters and sewers at its factory in Cheltenham, if duty-free shopping ends.

He told the Mail: ‘We’re planning to invest millions of pounds into our store in Jermyn Street, but if the duty-free plans go ahead we would likely cancel that investment.’

In a letter to the Chancellor, Mr Clifford wrote: ‘This decision will put the company at risk – this change will decimate the popular shopping of St James’s in central London and will therefore mean we will significantly downsize our production team next year.’

Mr Clifford said: ‘At a stroke, the UK’s ability to remain competitive with continental Europe will be destroyed, placing us at a needless disadvantage – the last thing our country needs or expects our Government to do.’

He told Mr Sunak: ‘As you know, every country in Europe and most major tourist destinations worldwide offer tax-free shopping. Britain will become the only country in Europe not to offer it, putting our economy at a significant disadvantage.

‘British shoppers visiting any EU country will be able to shop tax-free. Paris, Rome and Berlin must be rubbing their hands with glee. This decision will deal a tremendous blow to the UK economy at an incredibly difficult and fragile time.’

It has 57 UK stores and runs concessions in luxury shops such as Harrods and Selfridges.

Mr Clifford, who has suspended his £500,000 salary through the coronavirus crisis, warned it could have to cut as many as 600 roles if duty-free shopping is axed.

A Treasury spokesman said: ‘Less than ten per cent of non-EU visitors to the UK currently use the VAT Retail Export Scheme.

Extending it to EU visitors – at a cost of up to £1.4billion a year – would mean subsidising spending that already happens.’

He stressed: ‘Retailers can still offer VAT-free shopping to overseas visitors who buy items in store and have them sent directly to their overseas addresses.’