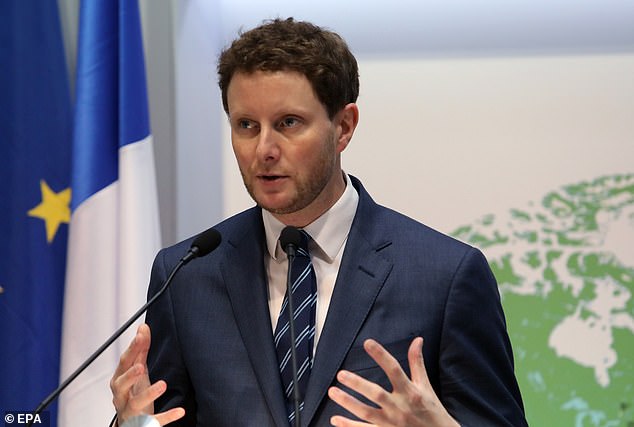 Will France give way in Brexit fishing row? Hints of a compromise on EU access to British waters as trade deal deadline looms

By Claire Ellicott and James Franey For The Daily Mail

France is gearing up to compromise on EU access to British fishing waters, a French minister hinted yesterday.

In a boost to the UK’s Brexit deal hopes, French minister for European affairs Clement Beaune warned his country’s fishermen they could not expect to enjoy the same rights after the transition period.

The close ally of President Emmanuel Macron told radio station France Info: ‘If we told our fishermen that we had drastically reduced their access to the British waters – on which they depend for their economic survival – they would say that is indecent and they would be right.

‘However, after Brexit, it will not be as it was before.

‘But we will defend, tooth and nail, the interests of our fishermen, our farmers, our businesses and our citizens in general and we will not accept a bad deal.’

Mr Beaune’s comments represent a significant climbdown from Mr Macron’s hardline position on fishing quotas, which has prevented progress in the Brexit negotiations over the summer.

They follow a phone call between Boris Johnson and Mr Macron on Saturday in which the Prime Minister warned that Britain would walk away unless the French leader softened his stance on the issue. 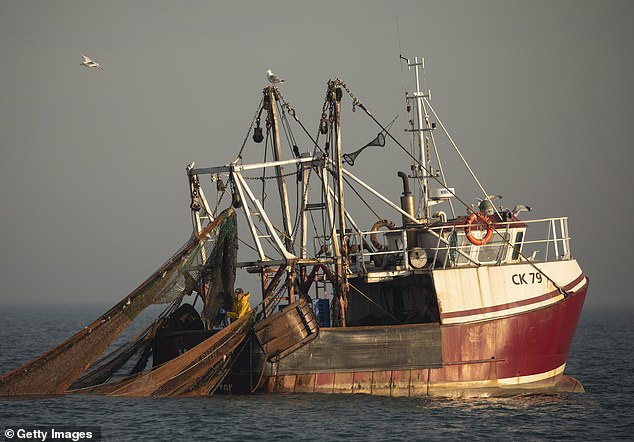 Mr Beaune’s comments represent a significant climbdown from Mr Macron’s hardline position on fishing quotas, which has prevented progress in the Brexit negotiations over the summer. A fishing vessel is seen in the English Channel

Mr Johnson yesterday spoke to Angela Merkel, the German Chancellor, to reiterate that the UK desired a deal but was prepared to accept No Deal if an agreement was not reached.

He emphasised that progress must be made in the coming days to bridge the significant gaps on fisheries and the ‘level playing field’ for business rules and standards.

A Downing Street spokesman said: ‘The Prime Minister stressed that while achieving a deal in the coming days would be beneficial for both sides, the UK was also prepared to end the transition period on Australia-style terms if a deal was not possible.’

Senior UK Government sources said the EU needed to give ground in time for a two-day Brussels summit starting on Thursday ‘or else’.

Mr Johnson had set this Thursday as the final deadline for a possible accord. It is thought that leaders will decide whether to press ahead with talks, or ramp up No Deal planning.

Just two weeks ago, French diplomatic sources were saying that anything less than ‘the same level of access’ for fishermen was ‘inconceivable’ and ‘unacceptable’.

£30 fee for a holiday selfie

Posting a selfie on social media while holidaying abroad has all but replaced ‘wish you were here’ postcards.

But travellers could be hit with a £30 bill for uploading a single photo while in the EU unless free roaming is protected in a trade deal after Brexit, according to Which?

The consumer champion warned the costs that currently apply outside the EU may become normal in top destinations such as France and Spain.

Which? found Plusnet customers faced charges of £30 to upload a 5mb photo in the USA, Australia and New Zealand, while Tesco and Virgin Mobile customers would pay £25.

The existing agreement, which lets customers use their phone contracts in EU member states, will end on December 31 if it is not included in a deal.

France is a leading member of the ‘coastal eight’ group which is demanding the same access to British waters as before Brexit.

One senior EU diplomat admitted: ‘The fish happens to be in UK waters and there isn’t a lot that we can do about it.’

Mr Beaune said France would not accept ‘a deal at any price’ and accused Britain of using negotiating tactics that amounted to ‘provocation’ in recent weeks.

Some British officials think Mr Macron might prefer to blame the UK for the failure of negotiations rather than force his fishermen to accept reduced quotas.