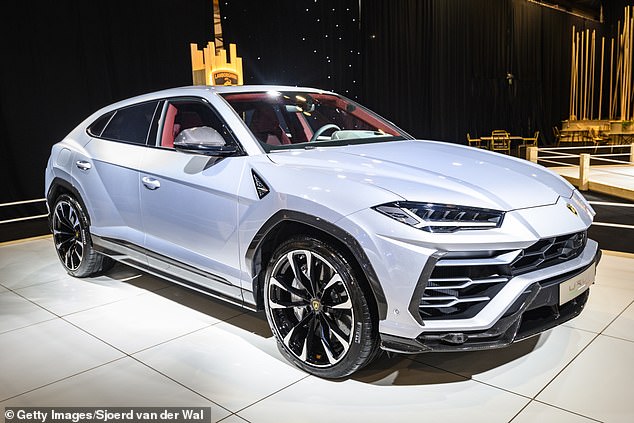 Suspected kidnapper rams his £160,000 Lamborghini into police car and injures four officers as he tries to escape arrest

A suspected kidnapper who rammed his £160,000 Lamborghini into a police car and left four officers injured has been arrested.

Officers from the Metropolitan Police had attempted to arrest the 30-year-old man on October 5 in Bexleyheath, but he used the ‘reckless’ manoeuvre to evade capture.

Four officers suffered whiplash as a result of the incident.

In a targeted operation and now armed with a warrant for his arrest, specialist officers raided a property in the Isle of Dogs, east London, yesterday and arrested the wanted man.

A 30-year-old man crashed a Lamborghini Urus, like the one pictured, into police officers as they tried to arrest him on suspicion of kidnapping and blackmail in London earlier this month

He was taken into custody on suspicion of assault on police, kidnap and blackmail.

A 30-year-woman also present at the address was arrested on suspicion of assisting an offender.

They are both currently in custody at a south London police station.

Detective Chief Inspector John Swinfield, from the Met’s Specialist Crime South proactive team, said: ‘This is a good example of the Met’s specialist units working closely with police teams in boroughs, to locate and take people suspected of serious crime and violence off the streets.

‘The car attack on officers was extremely serious and reckless, and it was fortunate that no-one was seriously injured.’