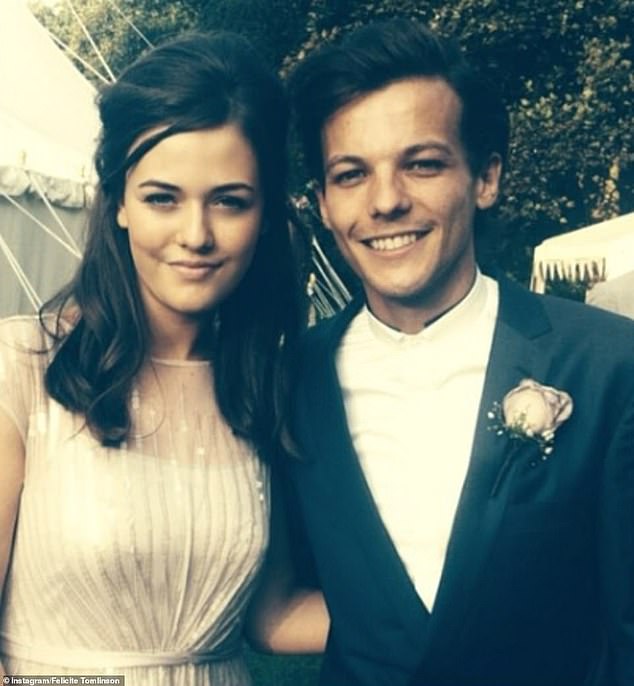 Huge leap in number of women killed by cocaine: Deaths from the drug are up sevenfold in 10 years, new figures reveal

The increasing popularity of cocaine has taken a record toll on the lives of women, figures out yesterday revealed.

While cocaine use has trebled over the past ten years, the number of women dying from the drug has increased sevenfold.

One of these victims was the teenage sister of One Direction star Louis Tomlinson.

Felicite battled a drug addiction and she died after accidentally overdosing with a ‘perfect storm’ of cocaine, painkillers and anxiety medication.

The 18-year-old, who developed depression after the death of her mother in 2016, suffered a heart attack at her flat in March last year.

The Office for National Statistics’ figures cover last year, meaning they do not show how lockdown may have encouraged the use of illegal drugs as the population was deprived of pubs, clubs and an ordinary social life.

But they do indicate that the highly effective county lines method of dealing hard drugs around the country is destroying lives.

Many of those who died from taking illegal drugs were born in the 1960s and 1970s, the report said.

The victims include members of the so-called ‘Trainspotting generation’ that live in poorer towns and cities and became addicted to heroin in the 1990s when prices were cheap. 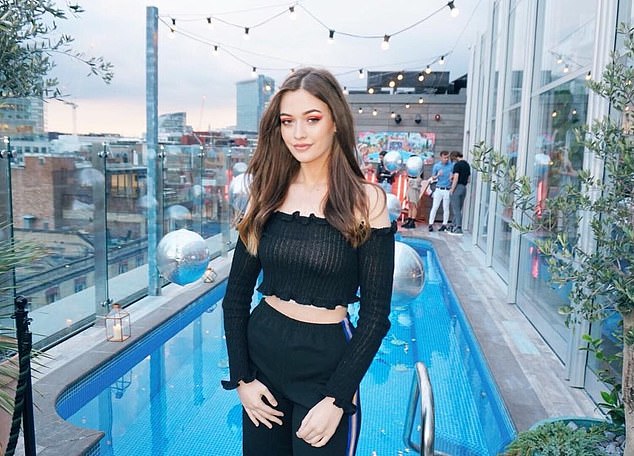 The 18-year-old, who developed depression after the death of her mother in 2016, suffered a heart attack at her flat in March last year

The ONS breakdown said there were 2,883 deaths from drug misuse last year – amounting to one death for every 200,000 people.

Drug death rates among women have more than trebled since the mid-1990s, it said.

Around three in four deaths from illegal drugs last year were caused by heroin or other opiates – but there were 708 cases in which cocaine was recorded as the cause of death. 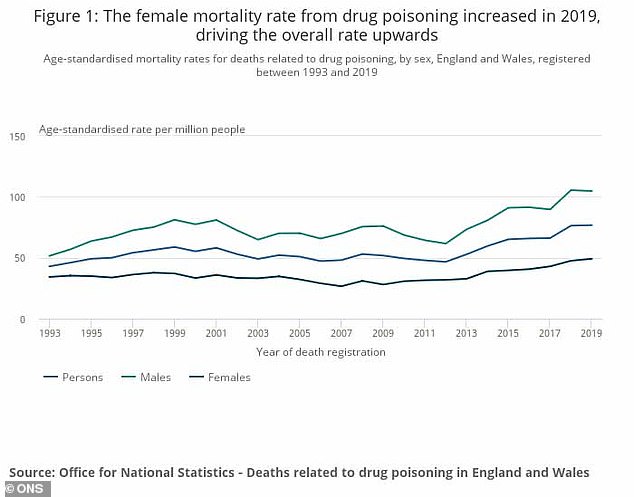 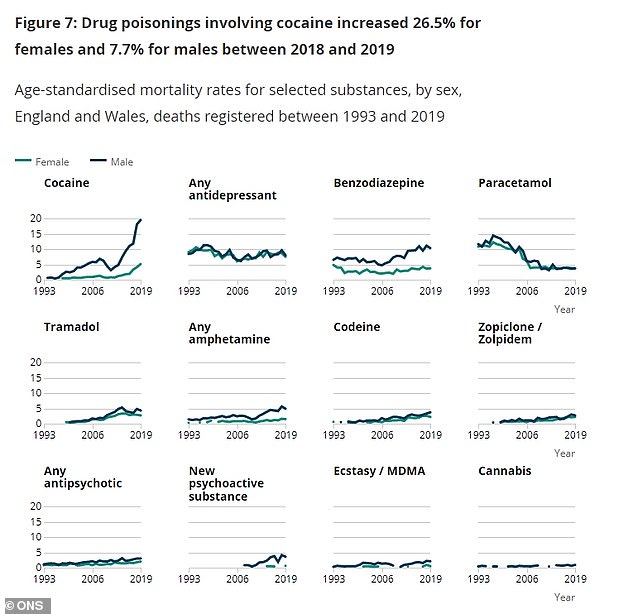 Cocaine fatalities increased for the eighth year in a row by 26.5% for female deaths

Cocaine deaths increased for the eighth year running, rising by 7.7 per cent for men and 26.5 per cent for women.

Alongside the increasing death rate, the EU drugs monitoring agency also found ‘the highest estimates of cocaine purity … in a decade’. The ONS report said: ‘Since 2012, rates of drug-related poisoning have been on a steep upward trend in England and Wales.’ 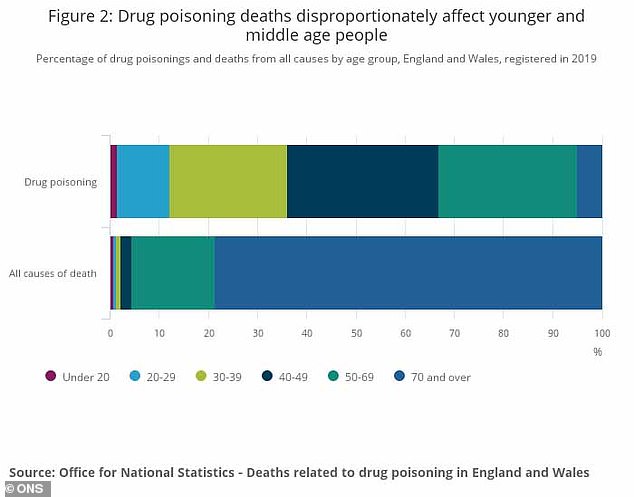 The Generation X, had the highest death rates from drug misuse over time

It added that cocaine use had trebled between 2011 and last year according to National Crime Agency estimates.

Some 359 women died because of heroin or morphine – up from 128 in 2010. Laura Bunt of the drugs charity We Are With You said: ‘Problematic drug use is often a reaction to people’s surroundings.

‘It’s therefore no surprise that drug-related deaths are highest in the UK’s most deprived areas, with the impact of the Covid-19 crisis likely to exacerbate many of these issues.’