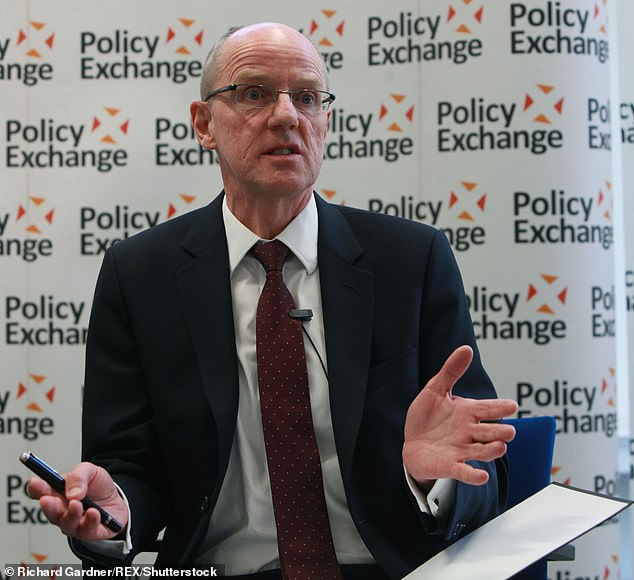 The Association of Colleges (AoC) said entire campuses – especially those in high-risk areas – could be forced to close for the November exams in order to manage large numbers of students.

He said: ‘We have serious concerns about the potential public health risks this presents and would welcome urgent discussion about whether going ahead with this series of exams is the right thing to do.’

In a letter to Schools Minister Nick Gibb (pictured), Mr Hughes said he has ‘serious concerns’ about the potential public health risks this presents and wasn’t sure  going ahead with the series of exams is ‘the right thing to do’

Mr Hughes warned that many of the colleges with large entry numbers for English and maths resits are in high or very high tier areas of England – including the North West, Yorkshire and West Midlands.

‘For many it will result in the closure of entire campuses to other students on the exam days to manage numbers safely. Controlling entry and exit points will be a particular issue because exams have fixed start and end times,’ he said.

The letter said college leaders are concerned about striking ‘the right balance between safety of students and supporting them to take these exams’ amid a rise in Covid-19 cases in recent weeks.

It comes after a Scientific Advisory Group for Emergencies (Sage) document, dated September 21, suggested all college teaching should be online unless face-to-face teaching is ‘absolutely essential’.

Education Secretary Gavin Williamson announced this week that next year’s GCSE and A-level exams would go ahead in the summer, but the majority of the tests will be delayed by three weeks. 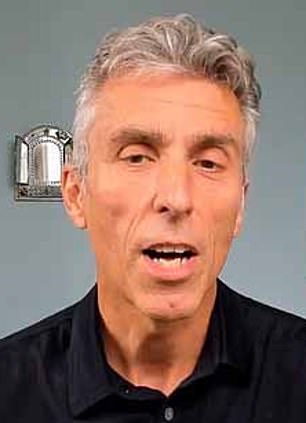 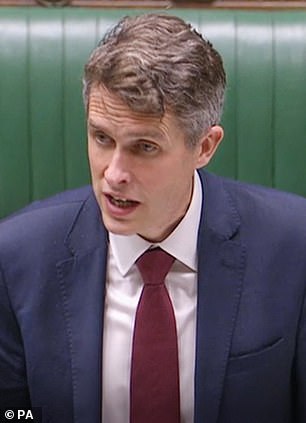 AoC chief executive David Hughes (left) said some colleges are reporting substantially higher entry numbers – with some expecting more than 500 students to sit exams. Education Secretary Gavin Williamson (right) announced this week that next year’s GCSE and A-level exams would go ahead in the summer, but the majority of the tests will be delayed by three weeks

Mr Hughes added: ‘There will be even greater logistical challenges in summer 2021 than this November due to the numbers of students involved.

‘We would hope that transport and site management issues will be easier by that stage, but for colleges there will be very large cohorts of candidates in popular exam subjects and in GCSE English and maths which will need special planning.

‘At the very least we would urge you to consider supporting the additional costs for these colleges.’

The UK summer exam results ended up in chaos after Mr Williamson announced there will be no exams due to the Covid pandemic.

Instead exam boards were to ask teachers to submit their assessments for the grade they believe a student would have received as well as using a computer algorithm.

But the controversial computer algorithm that was used was accused of downgrading high-achieving students from poorer areas.

This resulted in the grades being pulled at the last minute after the Government’s U-turn over the use of an algorithm to adjust A-level and GCSE results.