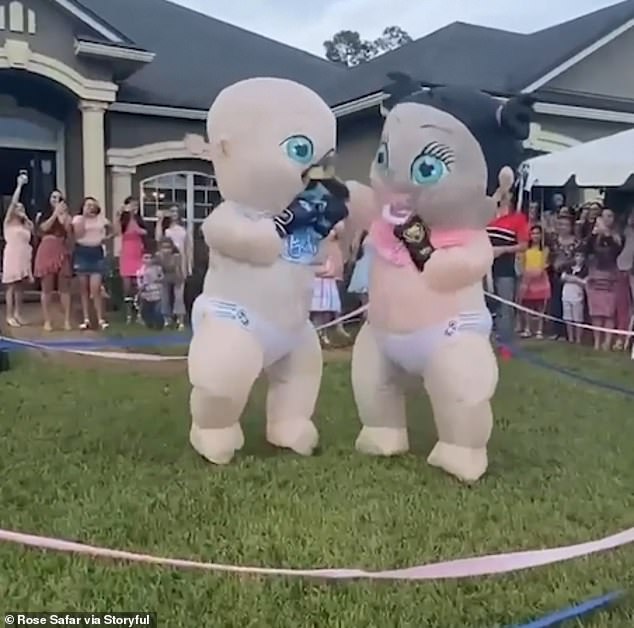 And in the blue corner! Two huge inflatable babies slug it out in boxing match as couple take gender reveal parties to a new level

Relatives of an expectant couple dressed up in giant inflatable baby costumes and boxed in a unique gender reveal.

Rose Safar’s nephew and cousin put on the costumes, one a baby girl and the other a boy, to reveal the gender of Ms Safar’s baby in Jacksonville, Florida.

In the footage from October 10, two people dressed in the costumes leave the house and enter the ‘boxing ring’, marked with pink and blue ribbon.

Two huge inflatable babies ‘boxed’ in Jacksonville, Florida, to reveal the gender of Rose Safar and her husband’s baby on October 10

The pair then box until the ‘female baby’ falls on its back and the male baby is victorious.

Guests surrounding the ring let off blue flares, revealing Ms Safar and her husband are expecting a baby boy in March next year.

Ms Safar said she and her husband, who are planning to name their baby Zayn, had around 90 guests attend the gender reveal.

She said she wanted to entertain them, rather than just ‘simply pop a balloon or confetti popper’. 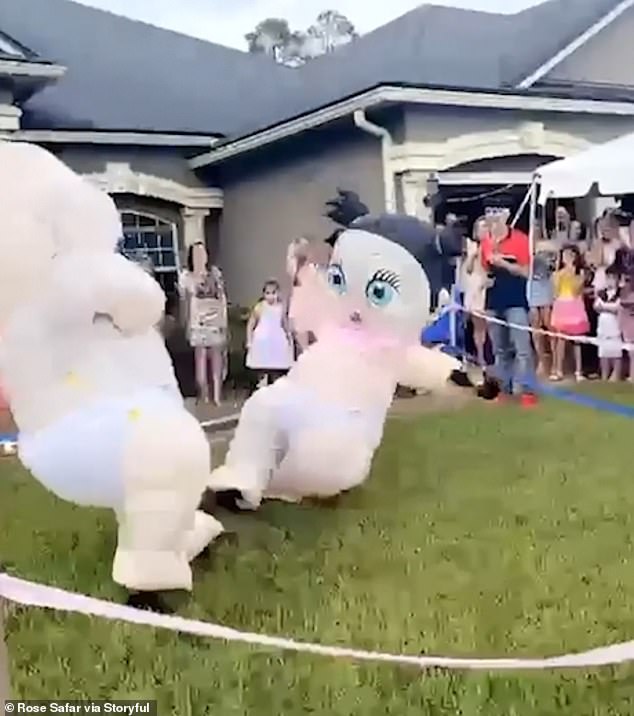 She added: ‘It’s been such a sad and gloomy year for all of us so we wanted something that would bring some joy and laughter to everyone.

‘One of my relatives came up with the idea of having a boxing match with the massive babies to symbolize which sperm won the fight to get inside the egg during conception.’

Ms Safar said the three-round ‘boxing’ match between Sam Kassab and Dredain Alloush was fake and no one was hurt. 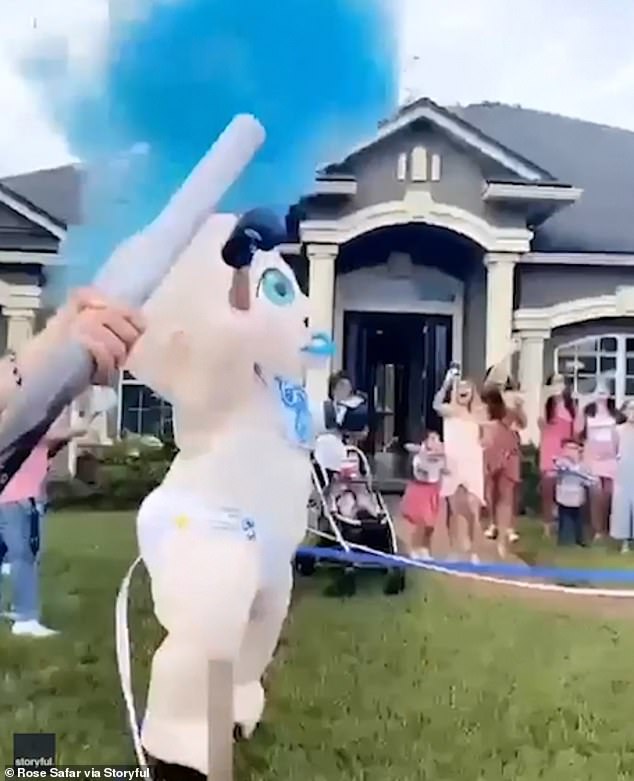 After the inflatable baby with pigtails fell, guests surrounding the ring let off blue flares to reveal that Ms Safar and her husband were expecting a baby boy

She said: ‘After the boxing match we had a wonderful time, playing games, dancing, eating, and drinking. It was a truly memorable evening for everyone.’

Some TikTok users questioned the lack of masks and social distancing at the event due to the coronavirus pandemic.

One TikTok user said: ‘Most unique gender reveal ever!’

Another commented: ‘This is so creative. This is a gender reveal I’d go to.’

A third wrote: ‘If my gender reveal doesn’t look like this I don’t want it.’