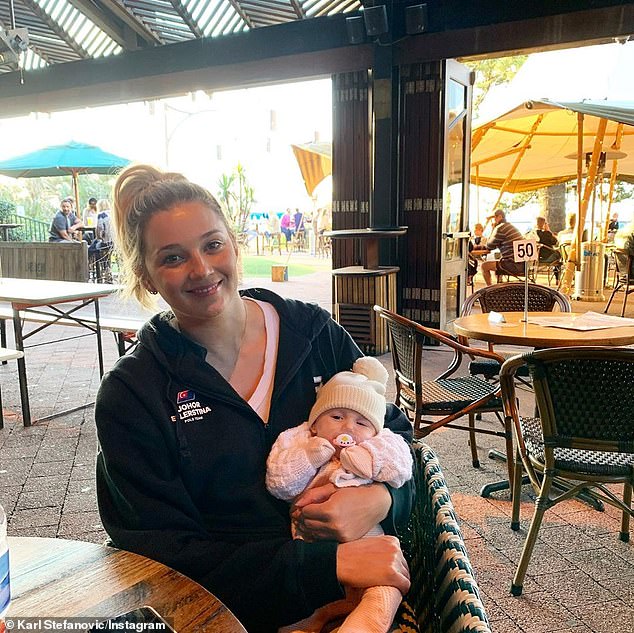 Inside Harper Stefanovic’s glamorous nursery: Jasmine Yarbrough shows off her daughter’s $1800 bassinet as she ‘graduates to her big girl room’

Karl Stefanovic and his wife, Jasmine Yarbrough, welcomed their first child together, a daughter named Harper May, five months ago.

And on Thursday, the 36-year-old shoe designer gave fans a glimpse inside Harper’s glamorous nursery.

Jasmine shared a photo of her daughter sleeping in a $1827.91 bassinet to Instagram, and wrote: ‘Harper May has graduated to her big girl room.’

Inside Harper Stefanovic’s glamorous nursery: Jasmine Yarbrough showed off her daughter’s $1800 bassinet as she ‘graduated to her big girl room’ on Thursday

A large pink canvas with the words ‘My girl’ written is also positioned above Harper’s cot alongside two smaller pictures.

The room also has a comfortable white chair as well as a round bedside table with a baby monitor. 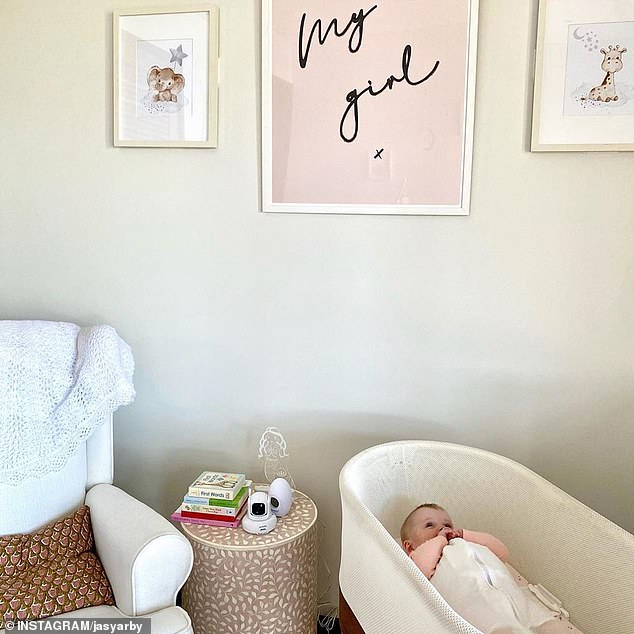 Pretty in pink: Jasmine shared a photo of her daughter sleeping in her bassinet to Instagram and a large canvas above her cot was also visible

Jasmine and Karl welcomed Harper on May 1. She was born at Sydney’s North Shore Private Hospital.

In a statement to Channel Nine’s the Today show at the time, Karl said: ‘Harper and Jasmine are doing well and dad had a great night’s sleep.’

He added: ‘I am in awe. Harper is absolutely perfect.’ 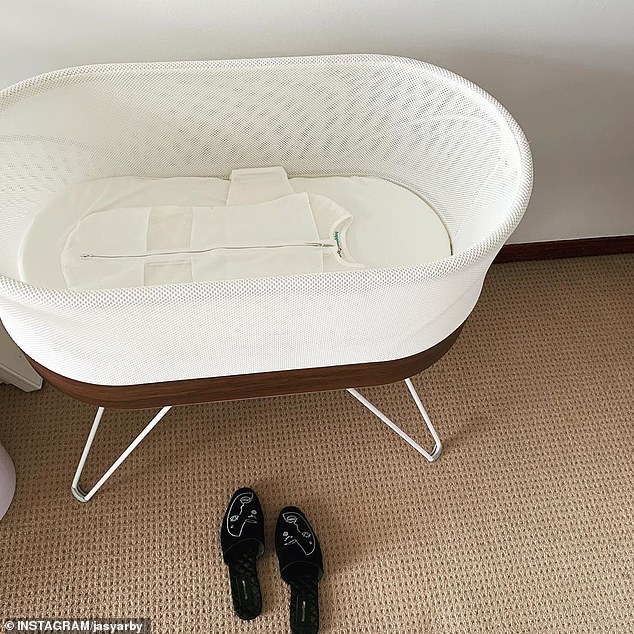 Karl met Jasmine in 2016, five months after he separated from his ex-wife Cassandra Thorburn, to whom he was married for 21 years.

The couple wed in a lavish ceremony at the One&Only Palmilla resort in San José del Cabo, Mexico, in December 2018. 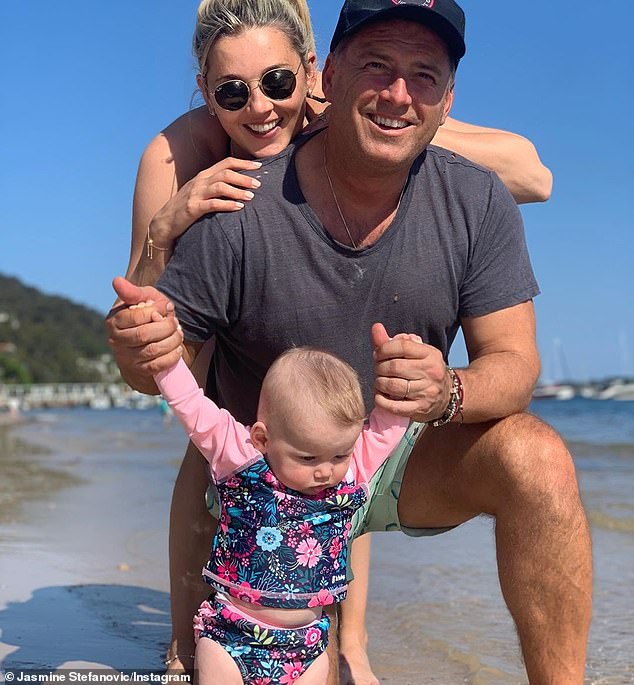 Family: Jasmine and Karl welcomed Harper on May 1. She was born at Sydney’s North Shore Private Hospital