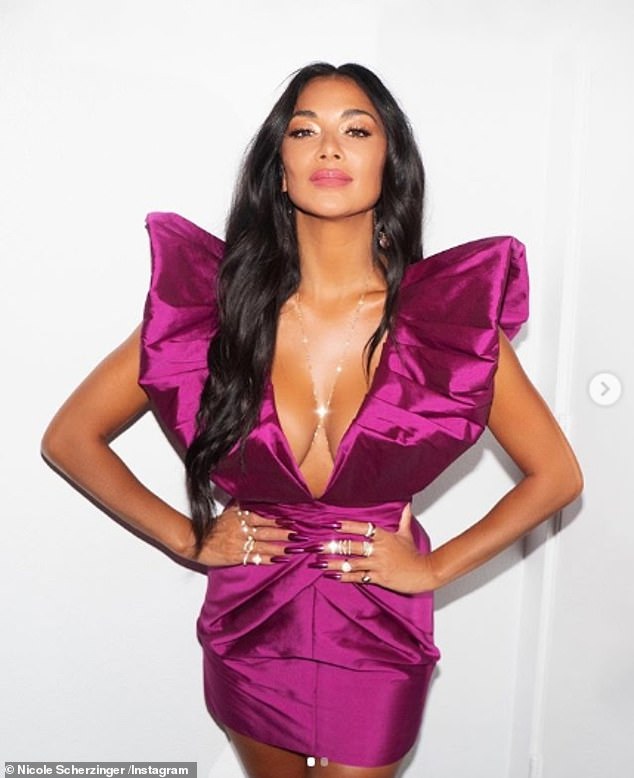 Nicole Scherzinger pulled out all the stops with her latest fashion ensemble ahead of the Masked Singer on Wednesday night.

She shared her look on Instagram with a couple of sexy snaps, writing: ‘You already know what day it is…✨ #themaskedsingerfox.’

Nicole, 42, put on a busty display wearing a purple plunging mini dress which had giant statement shoulders as she posed with her hands on her hips.

Stopping traffic: Nicole Scherzinger showed off her ample assets in a plunging purple mini dress with statement sleeves on Instagram ahead of The Masked Singer on Wednesday

She teamed the satin number with a pair of matching high heels and a glittering gold chain enhanced her cleavage.

Her long raven locks hung down way past her shoulders during her latest photo opportunity. 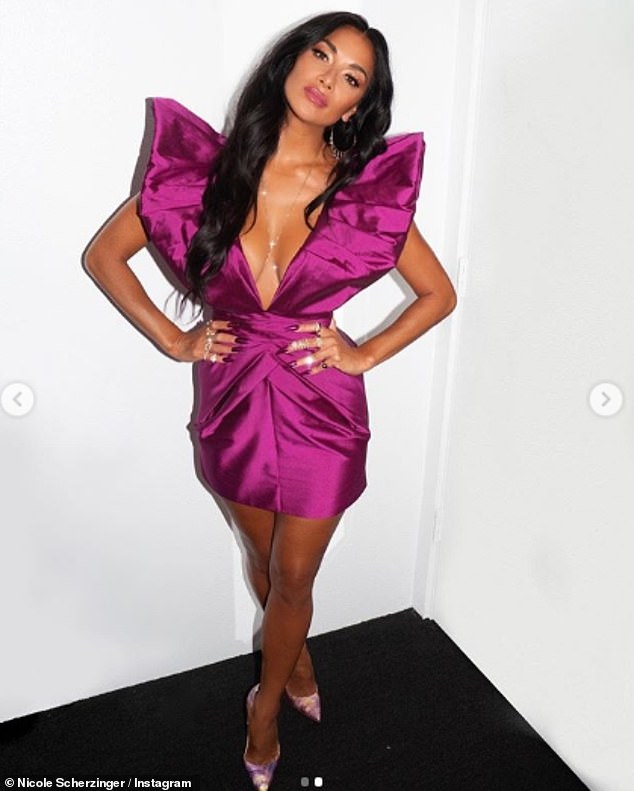 Details: She teamed the satin number with a pair of matching high heels and a glittering gold chain enhanced her cleavage

During the show, former NFL backup quarterback Mark Sanchez was revealed to be Baby Alien during the Group B playoffs episode.

‘Oh my God! You got everybody! yelled show host Nick Cannon, 40, as a grinning Mark, 33, unmasked. ‘What in the world? Everybody was way off!’

Nick noted the contestant’s comedic timing, the Eastern European accent he employed while in disguise and his skill at operating the baby alien figure atop his costume. 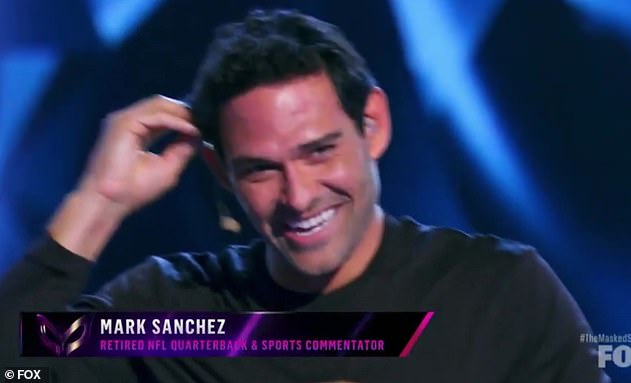 Playoffs lost: Former NFL backup quarterback Mark Sanchez was revealed to be Baby Alien on Wednesday during the Group B playoffs episode of The Masked Singer on Fox

‘My arm kept cramping up here, and then Ken talks for an hour-and-a-half,’ Mark admitted, referring to long-winded show panelist Ken Jeong, 51.

Mark left the University of Southern California early and was drafted in the first round of the 2009 NFL Draft by the New York Jets.  He last played for the Washington Redskins before retiring in 2019 to become a college football analyst for ESPN.

Baby Alien’s departure shrunk the number of Group B contestants on the show to four. 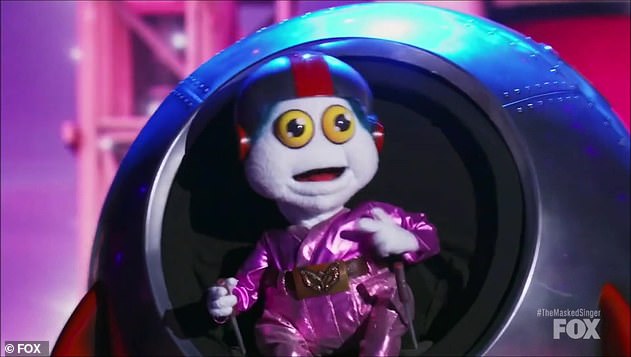 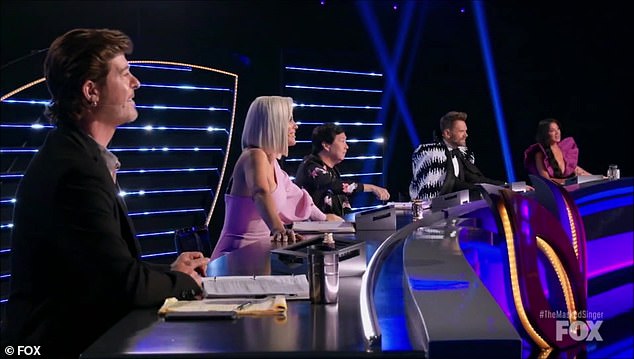