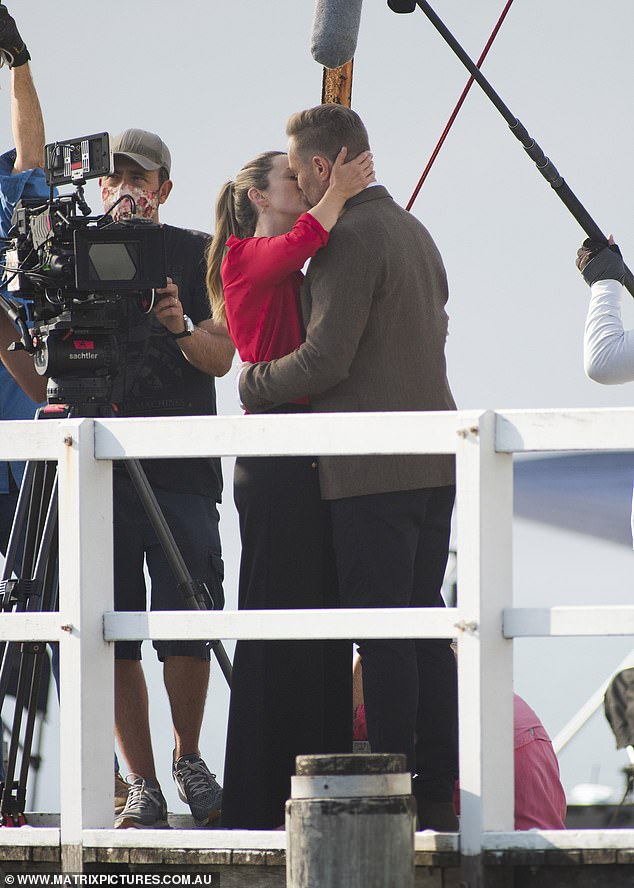 Love is in the bay! Penny McNamee shares a passionate kiss with co-star Ditch Davey as they film scenes for Home and Away

Penny McNamee’s Home and Away character, Tori Morgan, seems to have a new love interest.

Penny wrapped her arms around Ditch as she pulled him close for a passionate kiss on the pier.

Love is in the bay! Penny McNamee shared a passionate kiss with co-star Ditch Davey as they filmed scenes for Home and Away last week

The actress wore black trousers, a red blouse and a pair of comfortable black shoes for the scene.

Ditch, who will be joining the cast as Doctor Christian Green, looked dapper in black pants, a white buttoned shirt and brown suit jacket.

The pair appeared to have a tense conversation before Penny pulled him in close for a kiss. Busy at work! The pair appeared to have a tense conversation on the pier before Penny pulled him in close for a kiss

In June, Home and Away announced the Blue Heelers star will be joining the cast as Doctor Christian Green.

Speaking to Digital Spy, the 47-year-old actor revealed he is thrilled to be part of the iconic drama.

‘Home and Away has been such an institution to audiences in both Australia and the UK for such a long time and it’s great to be a part of that now, but the people are what it’s all about,’ Ditch said.

‘The cast and crew are brilliant and have made me feel at home immediately.’ 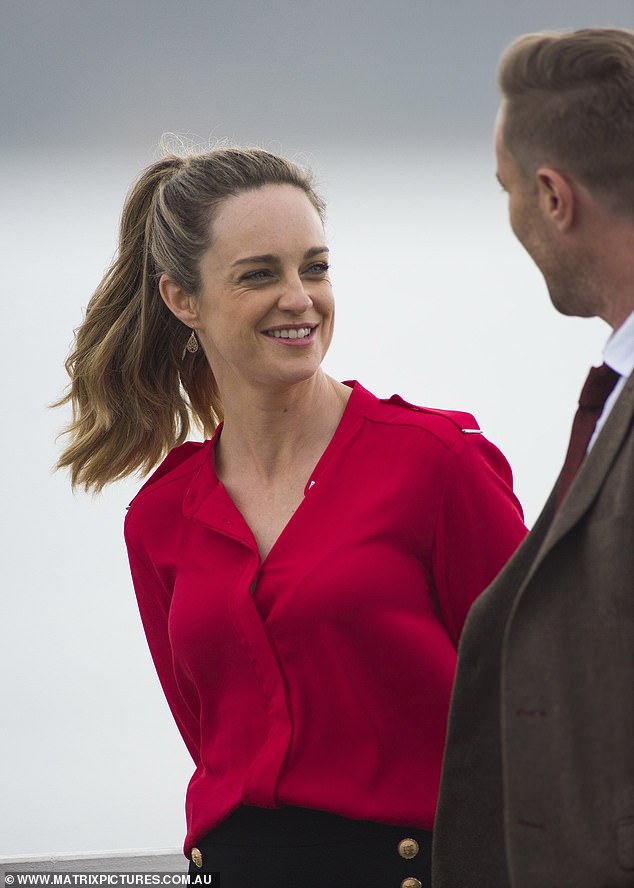 Style: The actress looked stylish in black trousers, a red blouse and a pair of comfortable black shoes

The Aussie heartthrob explained to the Daily Telegraph: ‘My work and my character has always been my focus.’

‘I love my art form and I work very hard. People do my hair and put makeup on me to make me look less like I normally look,’ he added.

Doctor Christian Green is set to cause a stir when he arrives in Summer Bay, with his character description revealing he will put ‘a few noses out of joint at the hospital.’ Incoming: In June, Home and Away announced Blue Heelers star Ditch will be joining the cast as Doctor Christian Green